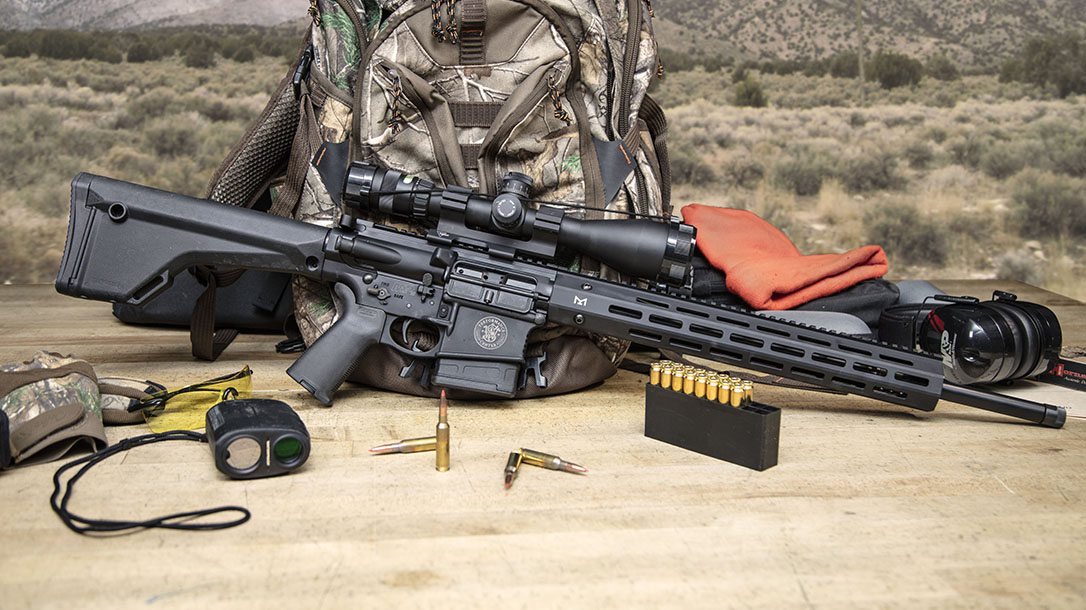 1 of 3
6.5mm Creedmoor
An upshot of the 6.5mm Creedmoor is that it can be used in a semi-automatic rifle, which is useful in a defensive or military capacity. 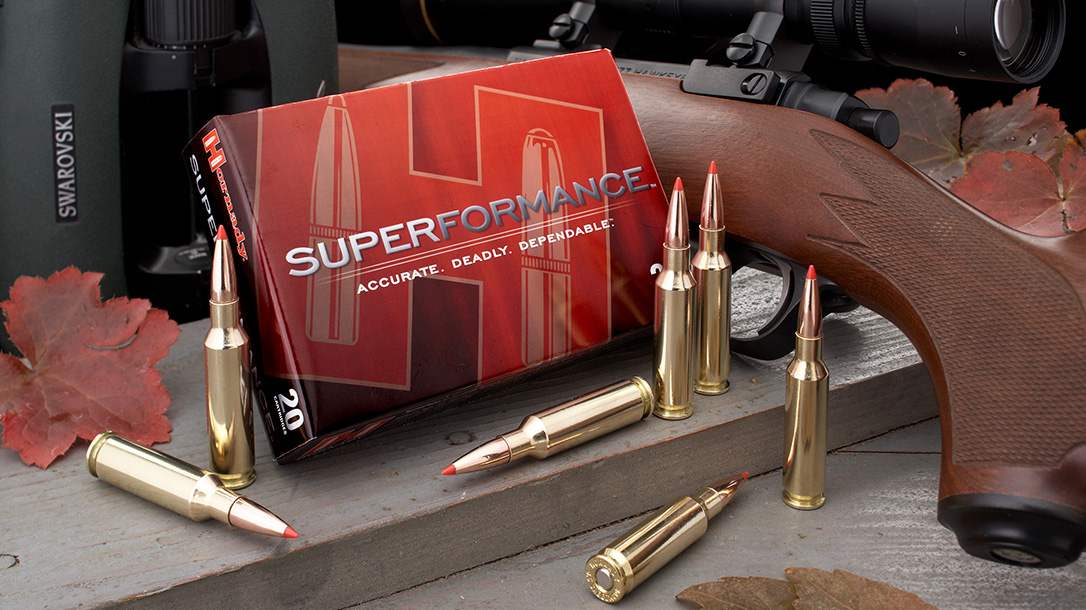 2 of 3
6.5mm Creedmoor
If you want to reach out and touch something at long distance, 6.5 Creedmoor do it and without turning your shoulder to burger. 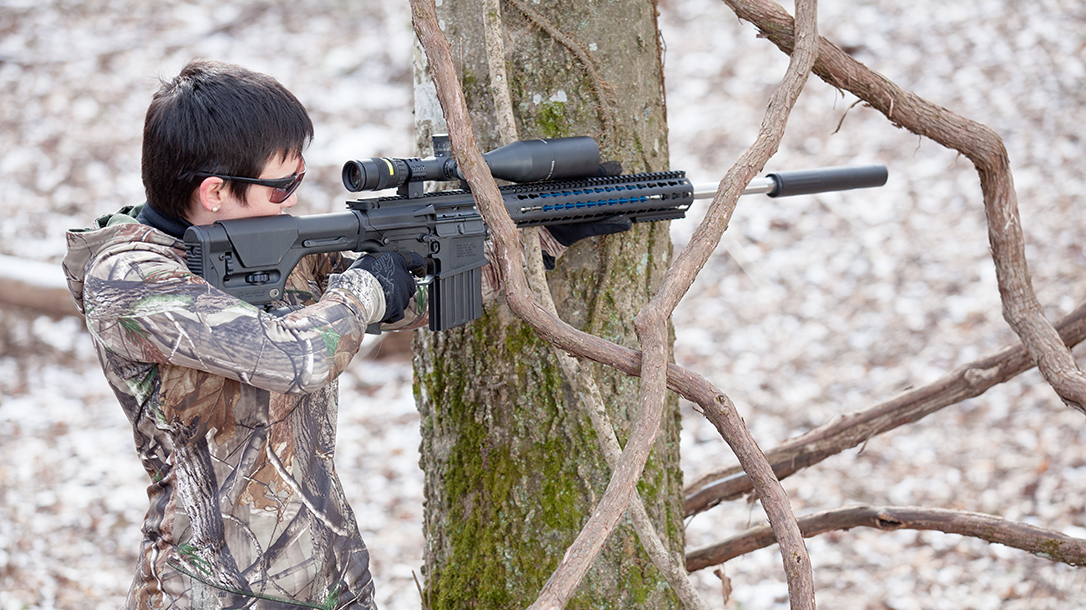 3 of 3
6.5mm Creedmoor
As it happens, the 6.5mm Creedmoor is very well suited for hunting. Not only that, it’s catching on for this purpose. 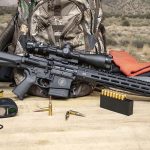 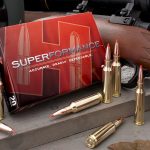 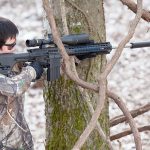 Plenty of guns and plenty of cartridges are jacks of all trades but masters of none. Only a few are truly good at everything from target shooting to defense to hunting of many types of game. 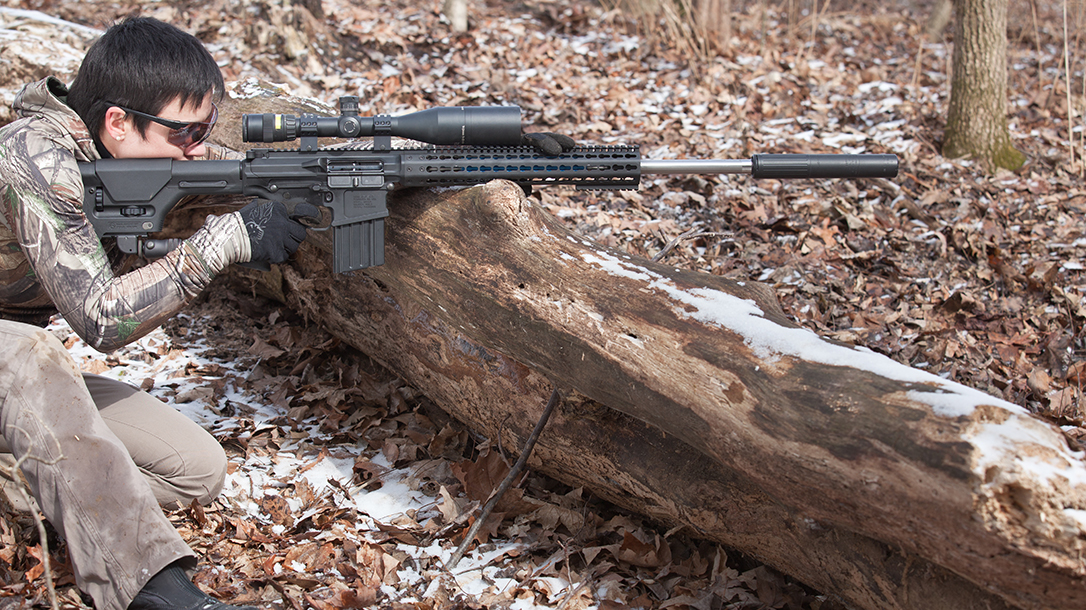 How to Build a Versatile 6.5 Creedmoor Rifle for the Backwoods

The 12-gauge shotgun shell is one. Among handguns, 10mm can do a whole lot, as can .357 Magnum. The .45 Super is as well, but unfortunately hasn’t found wide adoption.

Among rifles, there are a few rounds that do almost everything well. The .308 and .30-06 are proven war-fighting rounds. In match rifles and with match ammunition they  are great for target work and have put a lot of meat in a lot of freezers. The 7mm Remington Magnum comes to mind, too.

However, the older bullets — which have a fair bit of recoil — are falling out of favor. The round du jour is the 6.5mm Creedmoor, which excels at long-range shooting and is finding adoption as a hunting round as well. Is it a do-it-all bullet?

Genesis of the 6.5mm Creedmoor

As long-range target shooting starting becoming more popular in the late 1990s and early 2000s, ammunition makers starting looking into creating better cartridges for punching paper at 1,000 yards. Plenty of 1,000 yard rounds are out there, to be sure, but a lot of them are savage to shoot and modern shooters do not enjoy the stout recoil of .30 caliber (and larger) magnums.

The 6.5mm family was a natural fit as the 6mm and 7mm rounds can reach out and touch things at those ranges with ease, if the shooter does their job.

Hornady’s Dave Emary, the senior ballistic scientist, and Dennis DeMille, VP of Product Development, went about creating a new round for that purpose. To make it, they necked-down the .30 Thompson-Center case, and seated a 0.2644-in diameter bullet.

The .30 TC is a boutique round, created by Hornady for Thompson Center Arms for the purpose of delivering .30-06 performance in a short-action case, since .308 loses some edge to the ’06 in terms of power. It worked — the .30 TC even gets a little over on the ’06 — but the problem was nobody cared (they still don’t). The .30 TC was a perfect parent, as the short case ensured a consistent burn and good trajectory.

The results? The 6.5mm Creedmoor could fit in both semi-auto and bolt-action rifles. It was easy on the shooter, and flew fast, flat and accurate to 500 yards and beyond. If you want to reach out and touch something at long distance, it’ll do it and without turning your shoulder to burger.

The 6.5mm Creedmoor for Hunting?

As it happens, the 6.5mm Creedmoor is very well suited for hunting. Not only that, it’s catching on for this purpose.

The 6.5mm family is a very decent choice of hunting round for small to medium game. Some would argue that it is not suited to larger game such as elk, moose and black bear, and certainly not for the great bears. It is, however, very well suited to deer and also predators such as cougar, coyote and wolves. 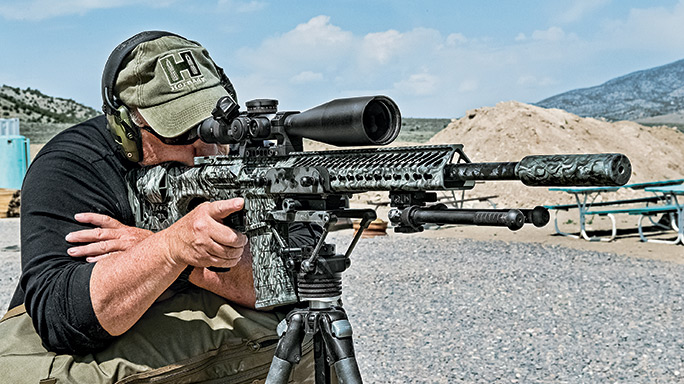 Or at least that’s the conventional wisdom.

The 6.5mm Swedish is the preferred round among reindeer and moose hunters in the Scandinavian countries. The 6.5mm Swedish is known for being inherently very accurate, and with judicious placement and proper bullet selection can bring down the larger cervids.

Could it be used for bears? The truth is plenty of black bears have been brought down by a .270, so it would be usable. Is it suitable, though? It’s probably at the lower limit of a reliable black bear round. For brown bears … get a bigger gun.

You’ll want to load heavy for hunting of any game. The 6.5mm rounds top out around 140 grains, so that’s the loading to use.

However, there is also some controversy regarding the increasing range that people are harvesting — or attempting to — harvest game at. Just because you can hit paper at long distances doesn’t mean you can do likewise with a game animal; or that you should.

6.5mm Creedmoor Can Work in a Semi-Auto

This is why our military has periodically looked at intermediate rounds larger than the .223 in recent years, and the 6mm and 6.5mm family actually have a lot to offer in this regard — the 6.5mm Creedmoor in particular.

Firstly, it’s a short-action cartridge, based on the .30 TC, which has the same case length as the .308. Therefore, the AR-10 platform can be adapted to fire it. Any other semi-auto platform that uses the .308/7.62x51mm NATO round can likewise accommodate it. Springfield Armory already offers an M1A rifle (a clone of the M14) chambered for it.

While it offers significantly more power and range than the .223/5.56mm, recoil is not unmanageable in the least, as 6.5mm rounds generate about half the recoil of a .30-06. Thus, you have a modestly powerful rifle round, effective at almost all ranges but without the typical drawbacks.

As a result, the 6.5mm Creedmoor (and similarly-sized rounds) is practically a master of all trades. That makes it unique among rifle cartridges.

Sam Hoober is a contributing editor for Alien Gear Holsters, a subsidiary of Tedder Industries. 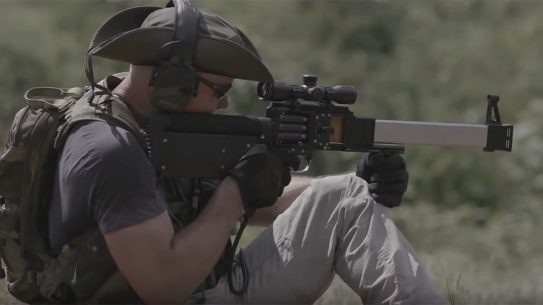 WATCH: The L5 ‘Ribbon Gun’ Fires 5 Shots at Once From a Single Barrel