Hear me out. Right now, we’re in the theory phase on this, but next week we’re going to do a comprehensive ballistics test on 410 defensive ammo to see if a 410 shotgun for home defense is a viable choice. 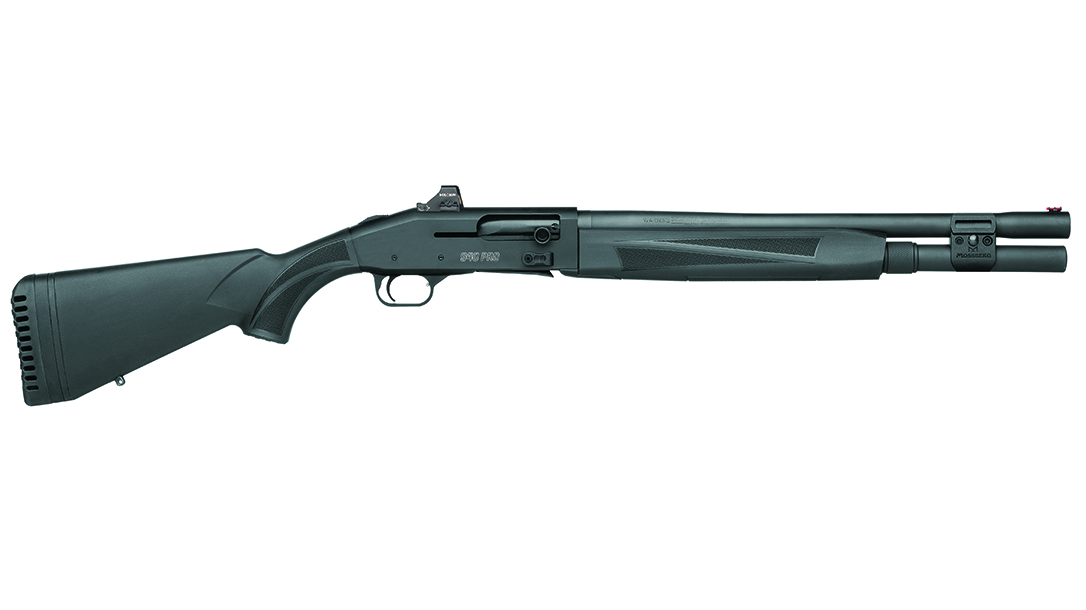 But Why Pick a 410 Shotgun for Home Defense?

Lots of people prefer to select a defensive shotgun as their primary home defense gun. Usually these are a 12-gauge shotgun. Sometimes you’ll see someone pick a 20 gauge to get less felt recoil. Of course, the big advantage of any shotgun when you’re using buckshot is that a single trigger pull sends multiple projectiles into the target.

But does a 410 bore shotgun have those same advantages? The available crop of 410 defensive ammo isn’t as deep as 12 gauge. With a couple of exceptions that we’ll get to, most 410 ammo is 000 buckshot or small slugs. It’s the 000 buckshot that’s most interesting to us. This is because if we’re picking a 410 shotgun for home defense, we want to preserve that multiple projectile feature. We’re avoiding the slugs because a 410 slug is basically an underweight 40 caliber bullet, and if you want to shoot someone with a 40 S&W there are better platforms for it.

When we started thinking about a 410 shotgun for home defense, we had to select a gun to test our various defensive rounds out of. We wanted a proper shotgun, so that ruled out the Taurus Judge. The Judge is best suited for pest control at close range. Plus, actual 410 rounds out of the Judge have fairly considerable felt recoil.

That left us with “proper” shotguns. We could have gone with something like the Mossberg 500 pistol grip model, but in the end opted for the pump action Mossberg Shockwave 410. We selected the Shockwave specifically because we think that the Shockwave and 410 rounds might be perfect partners. Think about it: recoil from 12 gauge Shockwaves is pretty gnarly. But scale that down to 410, and you might have a very shootable gun.

Setting up the 410 Shotgun for Home Defense Test

Next week we’re going to run this test protocol. To establish whether or not a 410 shotgun for home defense is viable, we’re going to test three critical items with various types of 410 defensive ammo. First, we’ll pattern the rounds at 10 feet and 50 feet. Why 10 feet and 50 feet? 10 feet is a typical “across the room” shot. 50 feet is fairly typical “down the hallway” shot. Both of those are feasible shots during a home defense scenario.

Secondly, we’ll test the terminal ballistics of several rounds. We’re going to fire our test rounds into a block of ballistics gel through heavy clothing and see how much penetration we get. It’s important because if these 410 buckshot rounds don’t have sufficient penetration, they’re not suitable for home defense.

Lastly, we’ll test the Shockwave itself. Because 410 doesn’t have the pure destructive power of a 12 gauge, we need to be able to deliver rapid follow up shots with accuracy. 410 bore shotguns tend to pattern pretty tight at close range, which means we’ll have to aim the Shockwave.

We picked four different 410 loads for our test. Unfortunately, 410 ammo is a bit tough to come by, so we weren’t able to source any of the buckshot from Federal Premium. However, the four rounds we did select are quite interesting.

The first is Hornady Critical Defense Triple Defense. This interesting load is in a 2.5-inch shell. It features a .41 caliber FTX slug stacked on top of two .35 caliber round balls. The FTX slug uses the same technology as the Critical Defense pistol rounds. Very interested to see how this does in gel.

Secondly, we selected the Winchester PDX1 410 Defender. Another unique load, the PDX1 uses 4 plated Defense Disks, stacked on top of 16 plated BBs. These are loaded into a 3-inch shell. This takes a different approach from the Hornadyround on trying to maximize the amount of lead that gets into the target.

As a control group for our 410 for home defense experiment, we’ll also fire a round of Federal Flite Control 00 buckshot at the same pattern distances and into the gel block. Our test gun for this will be a semi auto Beretta 1301.

Check back next week for the results of the test. Do you think that the Shockwave will be a good platform for a home defense shotgun? How will the 410 buckshot rounds do in ballistic gel? Will the shot patterns be tight enough to not endanger innocent people? You’ll have to wait and find out.