How to Create Affordable Clones of Today’s Best Barrier-Blind 5.56 Loads

Though the assault on the Second Amendment is once again heating up, with enemies coming from both purported sides of the political spectrum, we freedom-loving shooters are living in the good ol’ days in many ways. For one thing, the selection of purpose-engineered and reliably performing defensive and tactical ammunition is better today than ever before. The advancements made in bullet technology alone have as much to do with this as anything. We can now choose ammo with any number of projectile designs based on the specific requirements of our intended application. 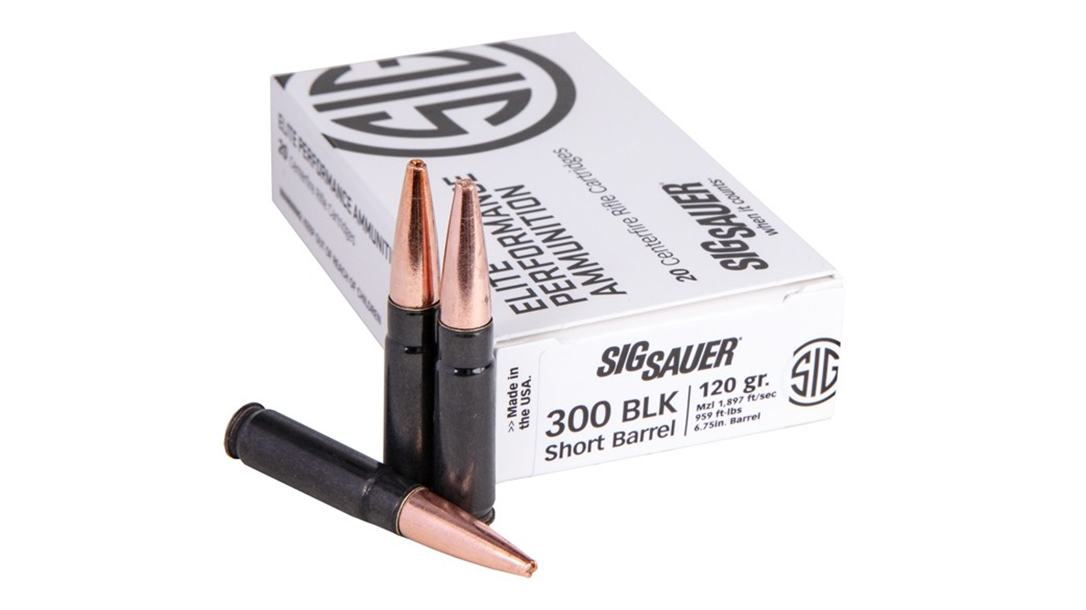 Throughout 2019, we’ll be examining options for reloading replicas of some of the most popular and effective tactical cartridges with a variety of bullet styles, including bonded/barrier-blind, monolithic and open-tip match (OTM) bullets. In the last issue of Tactical Life, we covered the “why” behind this idea. Now we’ll get into the specifics of how to do it. This time, we’ll clone some of the most popular and effective bonded/barrier-blind loads available.

The projectiles used in bonded or barrier-blind loads are engineered to perform consistently even after passing through commonly encountered obstacles, such as auto glass, wallboard, heavy clothing and automotive sheet metal. Police officers conducting traffic stops often find themselves facing an assailant shielded behind a car door or windshield. A homeowner is more likely to face wallboard and heavy clothing. All of these materials can destroy the performance and consistency of traditional jacketed, lead-core bullets. Hence the rise of the bonded or barrier-blind bullet.

Federal’s 62-grain Trophy Bonded Bear Claw (TBBC) shines brightest. Sold under the part numbers XM556FBIT3 and XM556SBCT3, this is currently the top-performing bonded/barrier-blind 5.56mm NATO load. It’s the issued carbine load of the FBI. We’ll also work up a clone of what is arguably the top commercial variant, Federal’s 62-grain Fusion MSR. Both of these loads use 62-grain bullets, so we’ll also work up a load for the 55-grain Gold Dot from Speer. One of several popular options in the Speer line, the 55-grain Gold Dot is one of the few barrier-blind options that are ideal for older carbines or even the new “retro” carbines with 1-in-12-inch-twist barrels.

Bonded bullets utilize jackets fused to their lead cores by one of several methods. Federal uses an electrochemical process with its Fusion projectiles to ensure that the jacket remains attached to the core. Speer uses a “Uni-Cor” electrochemical process to bond its Gold Dot handgun and rifle bullets. The TBCC is also a Speer bullet and has been on the market as a big-game hunting round for many years. Unfortunately, the 62-grain Fusion and TBBC are not available directly from their respective manufacturers as component bullets as of this writing. Both are readily available from several online reloading vendors as pulled bullets, though. I’ve purchased thousands of these over the years, and after an initial visual inspection upon receipt to make sure no other projectiles were intermixed, I haven’t had any problems with any of them. Speer does also offer 55-, 62- and 75-grain Gold Dot projectiles for loading.

To get a baseline of performance with the factory ammo, I fired five 5-shot groups with each of these loads using an AR-15 with a 16-inch, match-grade, stainless steel barrel and a mid-length gas system. I also used a titanium Thunder Beast Arms Corporation (TBAC) Ultra-9 suppressor for all of the group shooting. A MagnetoSpeed chronograph mounted to the suppressor captured the velocity readings. Once this baseline of accuracy and velocity was established, the process of developing a handload to match the performance of the factory ammo began.

Starting with the 62-grain Fusion and an extruded powder that has been a consistently good performer for me over the years—IMR 8208 XBR—I loaded in increasing steps until achieving just about identical velocity to the chronographed average of the Federal Fusion MSR factory ammo at 2,770 fps. IMR’s 8208 XBR is one of my go-to extruded powders due to its temperature stability and extremely small kernel size. I’ve gotten good accuracy resulting with the IMR 8208 XBR by nearing the top end of the pressure spectrum, but since we’re replicating factory loads, that won’t be an issue. In fact, all these loads are considerably below maximum pressure limits. With an average velocity of 2,770 fps, the Fusion is what I’d consider a moderate load. A couple hundred fps remain left on the table for the handloader seeking maximum velocity.

Still, the Fusion MSR load performs extremely well in ballistic gel and through barriers at this modest velocity. The accuracy of the factory Fusion MSR load through the test rifle was more than acceptable. It delivered an average group size of 1.2 inches at 100 yards. With Fusion bullets seated and crimped to the cannelure, new Hornady brass and Federal GM205MAR primers, 23.8 grains of 8208 XBR generated an average velocity of 2,785 fps and an average group size of 1.4 inches. If it weren’t for one shot that landed well outside an otherwise respectable group, there wouldn’t have been much of a difference between the factory and clone loads in terms of accuracy.

Next, I tested the factory 62-grain TBBC load in the same way to establish baseline velocity and accuracy figures in order to give us a standard for our handloads. With an average velocity of 2,780 fps and an average group size of 1.4 inches as our factory load baseline, I chose IMR’s 8208 XBR powder again for the handloaded clone, this time using 23.8 grains for a nearly spot-on velocity average of 2,785 fps and an almost identical average group size of 1.45 inches.

Though the 8208 XBR is a fine-kernel extruded powder, a spherical powder will almost always flow though the powder measures on progressive presses more consistently. Accurate Arms’ 2230 has long been known as a great powder for the .223 Remington, and Accurate lists 5.56mm NATO load data for those wanting to reach maximum velocities. Since I frequently load .223 ammo on my Dillon 550B, I wanted to develop a load with ball powder as well. I also found excellent results with the 62-grain TBBC using 23.7 grains of the 2230 powder. The velocity was a perfect match at 2,788 fps, and accuracy was close to factory ammo at 1.5 inches.

Finally, the 55-grain Speer Gold Dot factory ammo had an average group size of 1.5 inches at 2,978 fps. To clone the Gold Dot load, I once again used IMR 8208 XBR powder, Hornady brass and Federal GM205MAR primers. This load had a chronographed velocity of 2,988 fps with 24.9 grains of powder. The average five-shot group size came in at 1.6 inches. One note about the 55-grain Gold Dot: Ballistic gel tests show diminishing penetration with increasing velocities. That’s no surprise, but it’s worth keeping in mind if you want to handload this bullet for optimal performance. Either keep velocities moderate or use a shorter-barreled carbine with this bullet.

I clone tactical ammo more frequently these days as I’ve gone through the process of transitioning from simply using 55-grain, full-metal-jacket (FMJ) ammo for most carbine shooting tasks to using thoroughly researched and vetted (thanks largely to Uncle Sam) high-performance ammo like bonded/barrier-blind rounds, monolithic bullets and heavy OTM bullets for specific tasks. The costs associated with the improved capabilities of high-performance ammo can add up, though. Just this week, my clone 62-grain TBBC handloads saved me roughly $12. I identified a problem with a red-dot sight mounted on my home-defense AR. A final confirmation at 200 yards with the “real” XM556FBIT3 load took only three rounds. So rather than just hoarding your expensive tactical loads for that rainy day, load up some clones and start shooting.