If you are an avid reloader than you are likely familiar with Berger Bullets and the precision that comes through their use. These high-end ultra-precise bullets have been winning matches for decades. Berger builds them to such exacting tolerances that many offerings are available in weights that end in .5 of a grain! 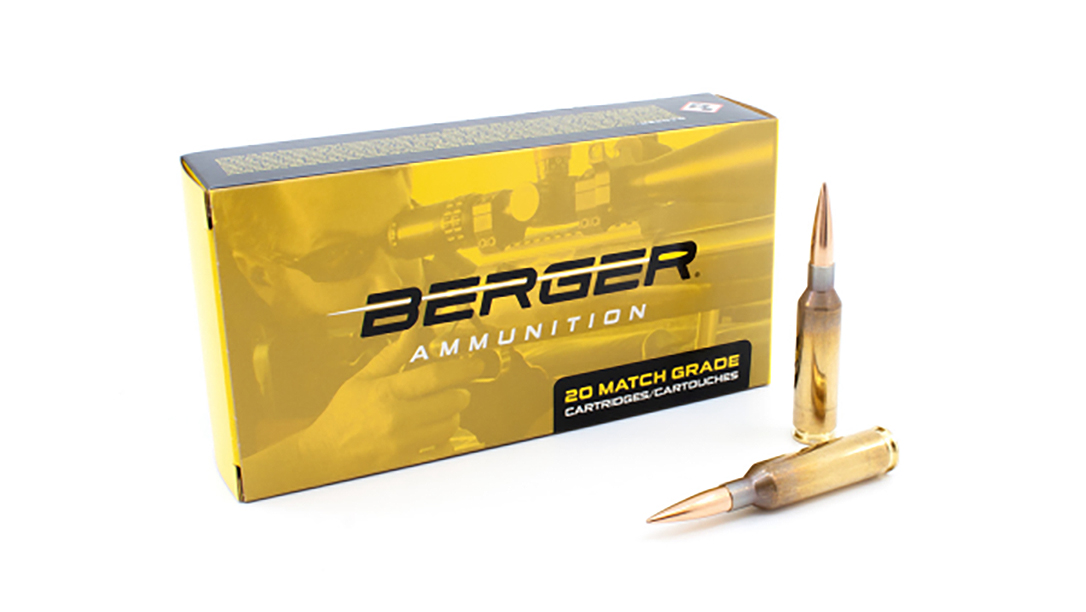 Prior to 2018, if you wanted to send these downrange you had to build the ammunition yourself; either that or utilize the very few factory-loaded products on the market. After taking the cue from companies like Hornady and Sierra, Berger stepped up. Berger started building its very own complete rounds with the help of its sister companies Lapua and VihtaVuori. The newest addition to the lineup was the Long-Range Hybrid-Target ammunition.

The Hybrid-Target bullet features a new type of Ogive comprising part secant, part tangent, making it no longer “jump sensitive.” The design achieves sub-MOA accuracy with little regard to overall cartridge length. Even more genius than the design is selecting it for factory ammo, because that means it will produce tight groups in an array of different rifles. I sent some out to nearly a mile at the 2020 Athlon Outdoors Rendezvous. The ammo helped me achieve some of the best shot placement of my career.

So if you aren’t familiar with Berger’s parent company, The Capstone Precision Group–allow me to catch you up. Imagine taking all things accurate and putting them under the same management. There, we’re done. I joke, but not too much with that statement. Most reloaders will agree that as long as budget allows, using Berger Bullets, VihtaVuori Powder, and Lapua Cases will get you far below 1-MOA accuracy in even a modestly priced rifle.

The key phrase in the aforementioned statement is “as long as budget allows.”

Yes, like all things precision, these components are going to be on the pricier side. However, surprisingly enough, it costs the same or even a bit more to load these components into ammunition yourself as opposed to just buying Berger ammo off of the shelf. Furthermore, after shooting factory rounds, coveted Lapua brass, fire-formed to the chamber, remains. These are tough economics to ignore, no matter how frugal you are.

So at the event, Capstone rolled out the red carpet to showcase its new creations. Not only did I have a Barrett MRAD to engage targets at 1,000 and 1,500 yards, but I also had 18-time National and 2-time World Champion U.S. Army Marksmanship coach Emil Praslich, III to dope the wind for me. With that kind of pedigree, I’d be a fool to argue with his instruction, especially since the wind was outrageously strong and inconsistent in direction.

So after receiving each wind call I replied with nothing more than “copy”; then I put my crosshairs exactly where he prescribed. Through his coaching, I was able to put 90 percent of the 140-grain 6.5 Creedmoor loads onto the sub-2-MOA target at 1,000 yards and even touched the 1,500-yard target a few times. That same day I fired a number of different brands of ammunition through close to a dozen different rifles; this was the combo that I was able to hit at 1,500 yards with any sort of consistency.

My time expired a short 30 minutes later, so I needed to move on. I thanked Emil for his time and pulled a little more information out of him before I walked away. Part of that information was learning that Capstone received the contract to build the 215-grain .300 Norma Magnum ammunition for the USSOCOM MK22 platform. Being selected for a job where precision is mission-critical is held as one of the highest honors in the ammunition industry. After my experience I can attest that these folks are up to the task … thank God they’re on our side. For more information visit bergerbullets.com.