Century Arms’ Red Army Standard 7.62x39mm Is Back on US Shores

by Tactical-Life
in Ammo, Gear
0 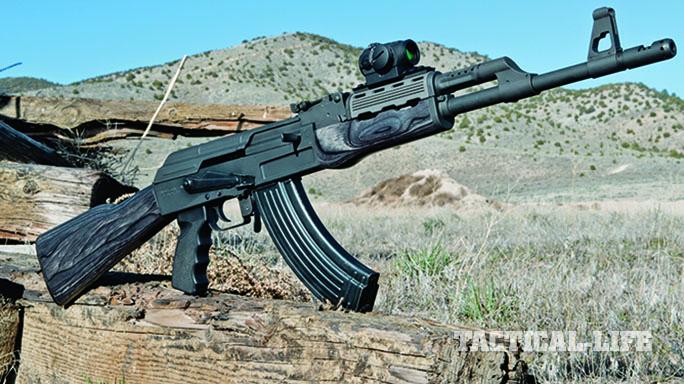 Century’s Red Army Standard includes a 124 grain FMJ boat tail bullet with a bimetal jacket and lead core; non-corrosive primers; and a lacquered steel case for reliable feeding and extraction. A military-grade sealant is then applied around the bullet and primer. This, the company says, keeps out moisture and ensures the ammo’s performance even if it’s stored over a long period of time.

Red Army Standard is manufactured in a Russian facility that specializes in military and sporting/hunting small arms cartridges. Century Arms says the ammunition has been tested in all of its AK rifles and pistols, with positive results.

“We’ve spent a great amount of effort to develop what we feel is the best 7.62×39 ammo currently imported into the country,” said William Sucher, Century’s director of business sevelopment. “As the leader in the AK market, we wanted to ensure that our customers have access to the best ammo possible to run through their rifles and pistols. We have been thrilled by the reception of this sku and are working diligently on increasing capacity to meet the demand.”