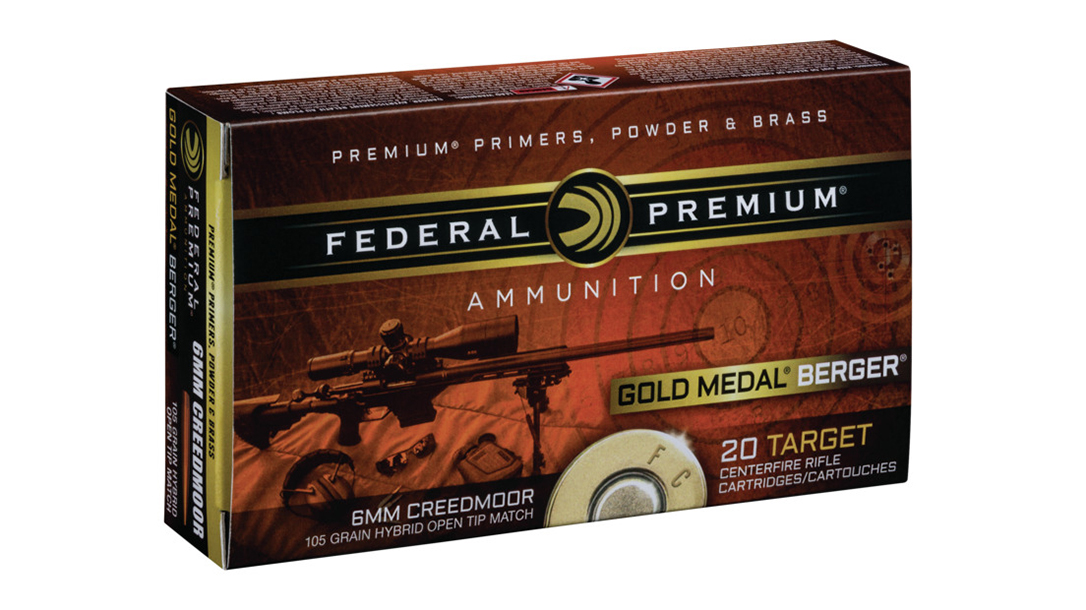 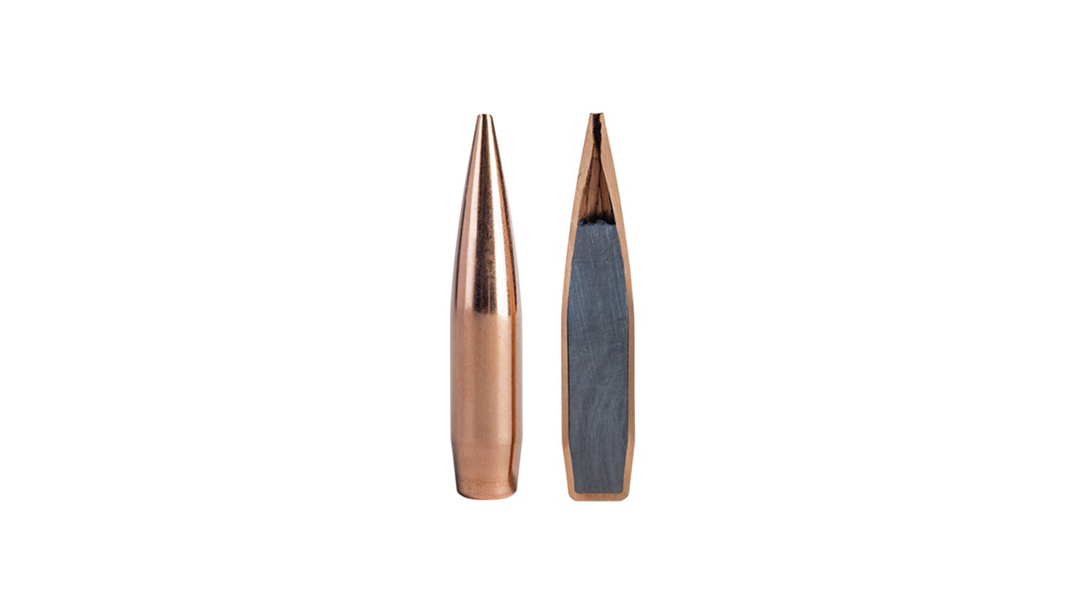 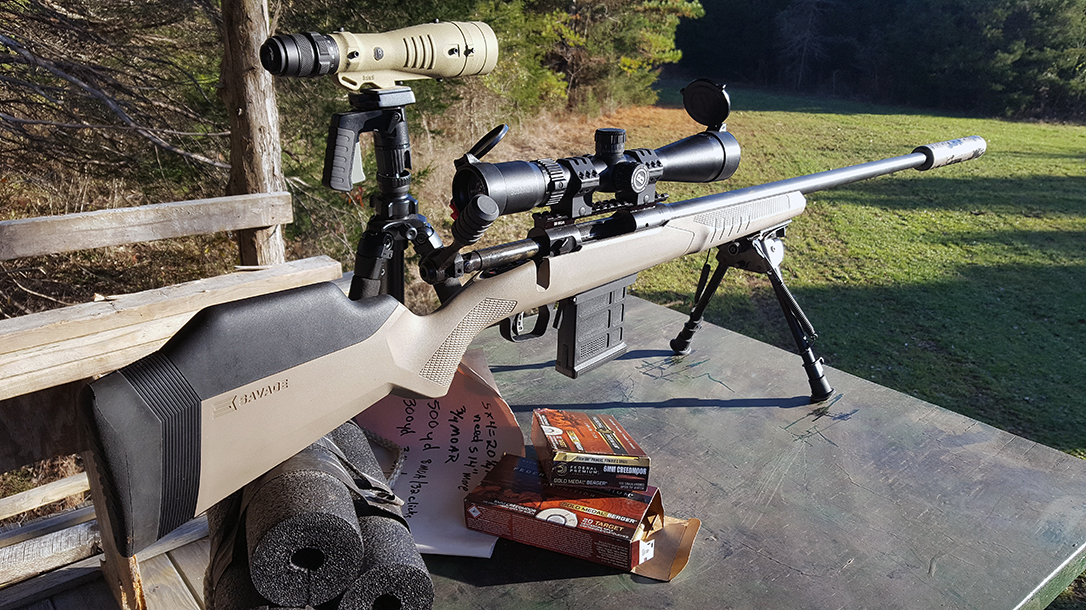 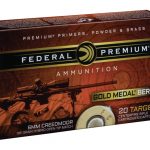 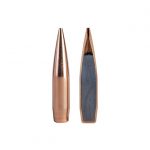 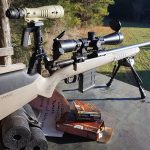 Rifle and ammunition manufacturers continue to jump on the 6mm Creedmoor bandwagon, and Federal recently added a match round to its Gold Medal lineup to feed demand. We saw the new load firsthand at this year’s Athlon Outdoor Rendezvous.

The 6mm Creedmoor has been around for about a decade. Outdoor Life Hunting Editor John Snow had a wildcat itch he needed to scratch. So he hooked up with GA Precision’s George Gardner to build a rifle around his necked-down Creedmoor. He went to Hornady and it provided a set of custom dies. Fast forward several years and Gardner decided to build an AR-10 rifle in 6mm Creedmoor to compete in the fledgling Precision Rifle Series (PRS) matches.

Precision Rifle Series rules specify that cartridges used in matches must not exceed 3,200 fps to prevent target damage. Consequently, cartridges used tend to reach toward that mark at near case capacity for maximum efficiency. That’s the reasoning that Gardner gave for one of his most recent cartridges developed for PRS, the 6.5 PRC. Additionally, this cartridge launches the high-B.C. 140-grain bullets at 3,150 fps.

Gardner learned that loading .243 Winchester with the heaviest bullets to full length was longer than the maximum that would fit in an AR-10 magazine. He dusted off the 6mm Creedmoor reamers and chambered a barrel for an AR-10. He cut a second barrel in 6 Creed in 2012 for a member of GA Precision’s PRS team, and they shot the rifles in a PRS match that year.

In 2013, more members of George’s team went another direction and had him build bolt guns in the new cartridge. They fared well in PRS, and demand grew. More rifle builders began chambering rifles for the round. But shooters had to neck down 6.5 Creedmoor brass to feed their rifles. In 2014, Gardner made a commitment to Hornady to make an initial buy of 100,000 pieces of 6mm Creedmoor brass to get things started. By the time you read this, GA Precision long since sold more than 1 million pieces of 6 Creed brass. Today, more top PRS shooters field the 6 Creed than any other cartridge.

A poll of top PRS shooters, according to Cal Zant (precisionrifleblog.com), showed that 6mm eclipsed 6.5mm rifles used in competition in 2014. Also, the availability of factory 6mm Creedmoor precision ammo in 2017 will only more firmly establish it as a competition and hunting round.

In late 2018, Federal entered the 6mm Creedmoor world with its Gold Medal Berger round loaded with 105-grain Berger Hybrid Target. Berger has long had a good reputation for making high-ballistic coefficient bullets for accurate long-range shooting, and Federal is the only big manufacturer loading Bergers at this writing.

To test the new round, I got my hands on a Savage Model 110 Tactical Desert in 6mm Creedmoor. The first 10 shots from the Savage averaged 3,052 fps, with a standard deviation of 20 fps. Also, the extreme spread was 73 fps. Additionally, ten 5-shot groups hovered around 1 MOA at 100 yards, with the smallest measuring 0.937-inch. My experience with loading Berger VLD bullets is that they tend to “tighten up” at longer ranges. As some put it, the bullets “go to sleep” and stabilize as they travel down range. Shooting them at 100 yards won’t tell the whole story.

I took the rifle and the new Federal fodder to my long range to gather some DOPE. I stretched it out to various distances, ending at 500 yards. The last two 5-shot groups measured 3.25 and 4.25 inches, which is definitely sub-MOA.

If you’re looking for accurate competition factory fodder for your 6mm Creedmoor, Federal’s new load should fit the bill. 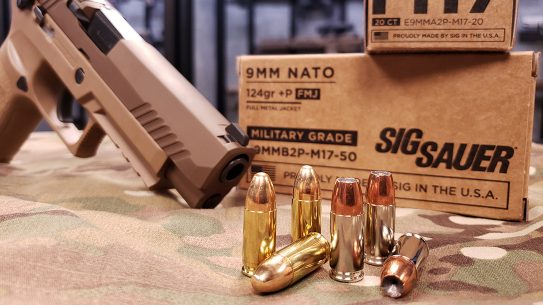