by Stan Trzoniec
in Ammo, Gear
0

I remember the date well. Every year Remington had a get-together at their premium hunting facility for outdoor writers in Maryland, called Remington Farms National Wildlife Preserve. With a bit of hunting, new product introductions and good times, we all looked forward to this yearly event. And on this particular year, we all got our first look at the .357 Remington Maximum. 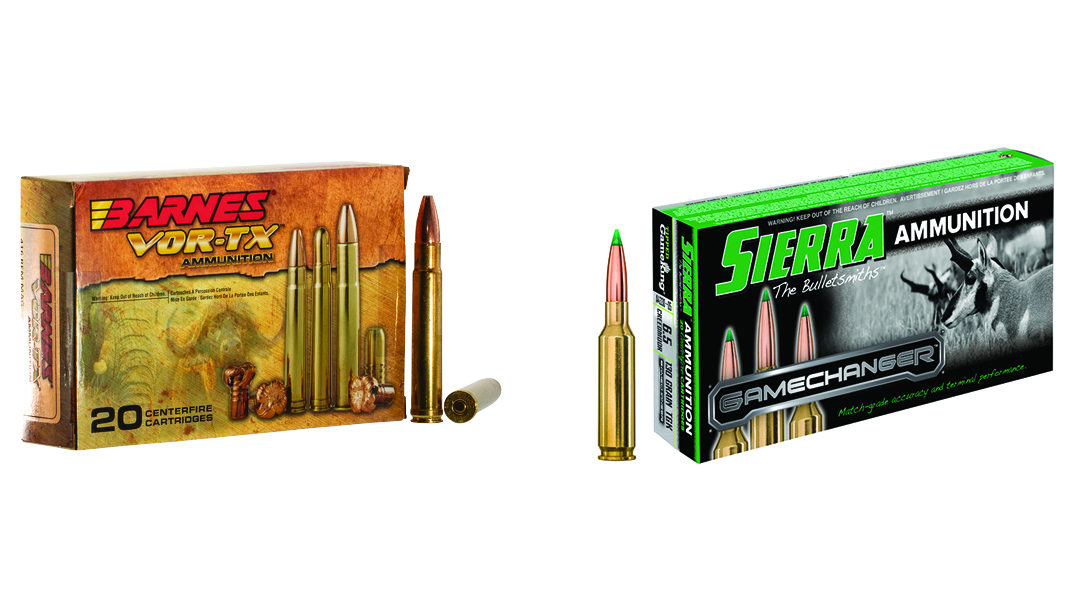 For the most part, and knowing Remington, you could expect a barrage of new rifles and shotguns in various configurations, with maybe a batch or two of new ammunition. However, in 1983, with smiles on all the reps’ faces, Remington introduced the .357 Maximum handgun cartridge. A joint venture between Remington and Ruger, this proved to be well liked by field hunters who understood the power of this round in their pursuit of big game.

While it would soon become the choice of sportsmen and long-range silhouette shooters, the .357 Maximum soon showed its bad side. Ruger had taken on the task of producing a very special Blackhawk revolver—complete with a longer cylinder to hold this new cartridge—built from 1982 to 1984. Research shows that fewer than 8,000 of these guns were made in various barrel lengths. The cartridge had its beginnings as the .357 SuperMag, a name coined by Elgin Gates for use in his favorite silhouette sporting events.

In any event, the cartridge caught on, with Dan Wesson and Thompson/Center (T/C) getting into the fray. Trouble is that even with a good performance from the muzzle, flame cutting was starting to emerge within the revolver topstraps, causing much concern among both shooters and manufacturers. Both Ruger and Dan Wesson dropped the guns, but Thompson/Center soldiered on. Because the T/C model is a single-shot gun with no cylinder gap, it remained a favorite for this high-stepping cartridge. I have been following the Max for a long time.

I had a Ruger Blackhawk from the time of the introduction and sold it—not because of the flame cutting, but because I wanted to invest in a custom rifle. It seems to me that the flame cutting shows after fewer than a few hundred rounds, and looking at another Ruger with some “mileage” on it, and in my opinion it does not seem to increase with more use. Therefore, while the gap may seem unsightly to me—assuming you have a chance to purchase a used Blackhawk—there is no safety problem or apparent danger (again, in my opinion) of the topstrap separating from the frame with age or with more use.

Regrettably, T/C no longer chambers any of its products for the Maximum, so scouting the gun shows is the best bet right now. When T/C had a custom shop, they made the barrels, and that is where I got mine mated with the Encore frame, a 15-inch barrel and topped it off with a muzzle brake. This is our test gun.

In real life, the cartridge produces more energy than the .44 Magnum, but with less recoil. However, factory ammunition is nonexistent, so one must handload this cartridge. After checking many sources, I found that Remington brass is out of stock, with no backorders, and since I had Winchester brass from the start, I used their brand. Presently, Starline has it for around $0.42 a case, depending upon how many you buy. Small rifle primers are used in all applications. I know it’s hard to use a rifle primer with a handgun cartridge, but this is what it was designed for, so we stick with it, especially with the large doses of slower powders we’ll fill these cases with. Over the years, I’ve worked with Remington 7½, CCI BR4 and the Federal brand.

While some people prefer one or the other, with a handgun, I don’t see enough difference downrange to recommend regular benchrest primers unless you can mount the gun in a machine rest for detailed testing. As long as they are marked “rifle” they work fine.

I used a Redding Custom Series “.357 Maximum” die set (their product number 80284). This set is made especially for this longer .357 case. I know you might get along with common .38 Special/.357 Magnum dies, but make sure the interior dimensions are deep enough to support this round. With an internal case capacity of 27.7 grains of water, it beats out the .357 Magnum by around 56 percent, so powders are an important consideration in getting the most from this impressive cartridge.

Powders play a big role in performance with the .357 Max, and over the years I’ve been content with just H110, Winchester 296 and IMR 4227. Looking deeper into these propellants, we find that on most burning rate charts—I’m looking at the Hodgdon chart now—they are right next to each other. In fact, they rate 39 (H110), 40 (Winchester 296) and 41 (IMR 4227). But that’s about the only close comparison you’re likely to get. While they are neighbors, over many years of testing both the Contender and the Encore, I’ve taken some averages.

With the final tally in, with all bullet weights in present and previous testing, H110 produced the highest overall average of 2,198 feet per second (fps). Using the rest of my figures, Winchester’s 296 came close, with a mean of 2,130 fps, but IMR 4227 drops way down to around 1,895 fps but with some increase in accuracy. If you like working with numbers, that comes to around 15 percent lower in velocity readings with all bullet weights. So, if you are strapped in terms of budget, H110 and Winchester’s 296 are the way to go.

The .357 Maximum presents no problems at the bench if you follow general reloading practices. I have brass on hand that I purchased some years back, but still I inspect all the cases for factory defects around the mouth or body. Then I resize all cases for consistency, and check for overall length and inside diameter of the sized case. With the Encore this is less important than with a revolver, which will make follow-up shots (that is, with the bullet moving out of the case within the cylinder).

After sizing, I’m looking at 0.352 inch for an inside diameter. Also after sizing, I run all the brass through the expanding die on the upstroke of the cycle, then prime everything with small rifle primers on the way down. The expanding (or belling) is done with a very minimal flare to allow a bullet to sit perfectly perpendicular on the case and allow it to enter the case without splitting at the mouth.

Following that, I charge all the cases. What I like to do is stick with one powder as I go down the chart of selections. The only thing here is that you will be skipping around from load 1 to 4 to 5 and finally 10, if you using H110. With this method, you are only adjusting the powder measure in small increments and not changing powder and ultimately confusing yourself in the process. After all the cases are charged, I seat my bullet and case to its overall length and crimp all the rounds with good solid crimps for uniform ignition, even with a single-shot pistol like the Thompson/Center.

I’ve been working with the Max for years, and found nothing new in this round of range testing. My favorite trio of powders did their thing and produced the best velocities for the each bullet weight, as shown on the table. My all-time favorite load is still showing up: 22.0 grains of IMR 4227 for 1,815 fps with groups under 0.5 inch at 30 yards. With the same Hornady bullet, H110 opened up the groups a bit, but with an increase in velocity. With the heavier bullets, the Speer 180-grain round came in at just over 1.5 inches with Winchester’s W296. In the end, averaging up everything, the .357 Maximum came in at 1.66 inches for this session.

There is so much to say and do with the .357 Maximum that it’s hard to compress all the data into one article. I was sorry to see the initial introduction tainted by flame cutting, which should have been addressed in the initial factory testing. Shooting the gun reveals a bit of bite in the hand, but this is certainly tolerable, especially with a heavier gun like the Encore. And you can reload .357 Maximum cartridges to produce the desired results in the field. If you can find a gun to shoot the .357 Maximum, buy it and try it!

This article is from the 2021 issue of The Complete Book of Reloading magazine. Grab your copy at OutdoorGroupStore.com.