For more than half a century, some variation of the M16 has accompanied American military personnel on their missions around the globe. The original M16 was revolutionary in its use of polymer furniture, aluminum receivers and tiny but fast 5.56mm NATO cartridges. Military small arms haven’t been the same since.

In the world of combat weapons, it is frequently not the rifle itself that is the long pole in the tent when it comes to reliability. A gun is a mechanical contrivance and will only function at the rate and reliability of its weakest component. If a gun’s ammunition feeding system is flawed, then the whole system fails.

It was the Armalite AR-10 in 7.62mm NATO that eventually led to the M16. The AR-10 incorporated the direct- impingement operating system of the Swedish AG-42 Ljungman rifle along with materials science drawn from the post-war aircraft industry. Staatsbedrijf Artillerie-Inrichtingen in the Netherlands first produced AR-10 rifles in the early 1960s for use by Portuguese paratroopers in their colonial wars in Africa. Accurate, lightweight and reliable, the Portuguese generally gave the new space-age weapons gleaming marks. The magazines for these remarkable firearms were as cutting edge as the guns themselves.

Original AR-10 magazines were pressed from light-gauge aluminum. These 20-round boxes were imbued with a waffle pattern to enhance their rigidity. They were also originally intended to be disposable.

Bauxite is the ore from which we derive aluminum, the most common metallic element in the earth’s crust. Before we discovered how to electrolytically separate elemental aluminum from bauxite via the Hall-Heroult process, this relatively soft, dull silver metal was considered as precious as gold. Nowadays we pack our beer and soft drinks in the stuff and discard untold tons of it in our daily rubbish.

One of the nifty properties of aluminum is called “passivation.” This means that it oxidizes immediately in the presence of air. Aluminum oxide, the subsequent byproduct, is remarkably resilient and protects the underlying metal from further corrosion. For this reason, aluminum makes superb window frames, car wheels and aircraft skins. Aluminum typically ages well and, when properly alloyed, renders superb strength for its weight. Nowadays, however, modern polymers offer even better performance.

The first M16 magazines were produced along the same basic pattern as were those for the AR-10. They were lightweight and stamped like waffles. Subsequent versions carried 20 rounds, sported cast-aluminum followers and dispensed with the waffle pattern in favor of familiar longitudinal grooves. Seasoned troops in Vietnam typically downloaded these magazines to 18 rounds for improved reliability. The followers were indestructible but lacked the no-tilt legs found on our modern versions. If I had a dime for every time I had an M16 bolt override the top round when running these old magazines, I would have a lot of dimes.

No more than about a thousand 30-round AR magazines were issued to American troops before the war ended in Vietnam. While these extended magazines offered firepower parity with the heavy steel, 30-round versions on the AK-47, they were still stamped from lightweight aluminum and included the same marginal followers. When I wore the uniform, we used a mixture of 20- and 30-round box AR magazines. I always kept my weapons meticulously maintained and can trace the vast majority of the failures I experienced back to the weapon’s magazines.

There has always been a niche market for black rifle magazines made out of steel. The Sterling Company in England pressed 40-round boxes as early as the 1980s. When properly finished, they could pass for the aluminum sort in dim light, but they remained incrementally heavier and were more susceptible to rust and corrosion in the field.

I bought my first AR-15 in 10th grade in 1982. Back then, black rifle owners were a fairly marginalized mob. Fast-forward to the present day and bankers, doctors, high school custodians, schoolteachers, truck drivers and college students, at least down here in the Deep South where I live, frequently own their own black rifles. In a nation of 310 million people, we have more than 20 million of the things. These days, forearm rails, electronic optics, sound suppressors and cheap ammo deals are common workplace chatter. As a result, the flower of modern American engineering prowess has turned its attention to black rifles and the magazines and accessories they need to run reliably, accurately and efficiently.

Back when dinosaurs roamed the plains, we used to call polymer “plastic.” In engineering parlance, plastic is actually an adjective, not a noun. Plastic is the opposite of elastic and implies a material attribute characterizing rigidity. In modern usage, it just means a synthetic material that can be poured, molded or cast into complex shapes. The cheap stuff makes up your kids’ Happy Meal toys. Higher-grade sorts hold the International Space Station together.

Polymer gun magazines are not really new. The Steyr AUG debuted in 1977, and its translucent waffle mags were as cutting edge at the time as Star Wars and disco. I saw my first polymer M16 magazines back in the 1980s. They came from Israel under the “Orlite” moniker.

Nowadays, polymer AR magazines are literally everywhere. They are naturally corrosion resistant and as tough as woodpecker lips. They typically come in 20- and 30-round versions, and the 100-round, twin-drum Beta C-Mag has its own National Stock Number. Magpul PMAGs can be had with transparent windows to help keep track of your rounds on board, and such gadgets are reasonably priced and readily available.

Richard Fitzpatrick, a retired Force Recon Marine, developed the original Magpul in 1999. This nifty widget affixes to the base of a standard AR magazine and assists the operator in extracting the magazine from a pouch. I have personally used 100-mph tape, 550 cord, electrical tape, trotline and several other substandard materials to accomplish what the Magpul does with so much more elegance.

Magpul was granted its first patent in 2001, and it secured its first government contract, to supply 100 M93 rifle stocks to the USMC a year later. A year after that the company moved out of Fitzpatrick’s house and hired its first employee. In 2007, Magpul debuted the PMAG 30, an optimized synthetic magazine designed to service M16 and M4 rifles. In 2009, the company introduced the EMAG, an upgraded PMAG additionally tweaked to fit the HK416, SA80 and similar rifles. A year later, Magpul sold a cool 1 million EMAGs to the British Ministry of Defence. 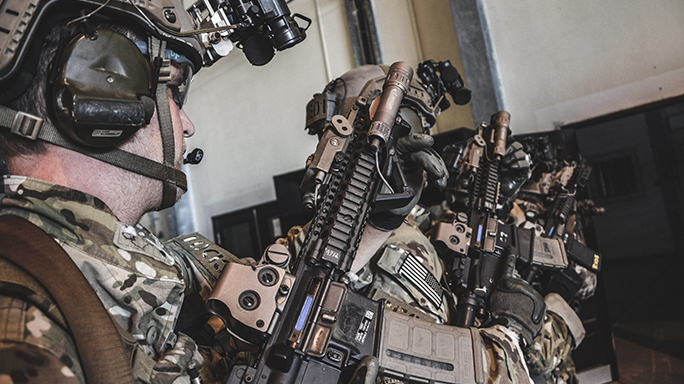 Throughout the company’s early history, its primary production facility was located in Colorado. But in 2013, the state enacted an unprecedented package of sweeping gun control measures. Playing on emotions raw from a particularly horrific mass shooting, the Leftist leadership in the Centennial State saw their opportunity. Urged on by the Democratic national leadership, the state government banned magazines with a capacity greater than 15 rounds and mandated that all firearm transfers be undertaken through a licensed dealer with government approval. Fifty-four of 64 elected county sheriffs in the state subsequently sued to block the law, asserting that it was unenforceable.

Magpul employed around 200 employees and provided $80 million in revenue to the state government annually. However, when Democratic legislators announced that they would arbitrarily ban standard-capacity magazines like the PMAG, Magpul delivered an ultimatum: Vote freedom or we’re gone.

The Democrat-controlled legislature in Colorado passed its gun control agenda without a single Republican in support. Amidst protests, Democratic Governor John Hickenlooper signed the legislation into law. In response, Magpul moved its corporate headquarters to Austin, Texas, and its production facility to Cheyenne, Wyoming. Both states expressed unflinching support for both the Second Amendment and the individual liberty of their free citizens. Magpul, with its jobs, prosperity and corporate ethos orbiting around respect for the Constitution, found a warm new home in these two conservative states.

After an extensive and grueling competition that pitted various AR magazines against each other for durability, reliability and effectiveness, the Magpul PMAG 30 GEN M3 was handily selected to equip the entirety of the United States Marine Corps. This newest PMAG incorporates transparent windows to assist in keeping track of remaining rounds and fits all standard Marine Corps 5.56mm weapon systems, including the M4, M16, M27 IAR and M249 SAW. These magazines will be provided in both black and Medium Coyote Tan (MCT). The new PMAG 30 GEN M3 is now the only magazine authorized for combat in USMC units.

Magpul began Wyoming operations in a modest Cheyenne warehouse with 102 employees. In the wake of the USMC contract, the company has added a second shift and employs 380 Wyoming citizens to meet the increased demand. The company’s product line regularly expands, and the new USMC contract, along with extensive combat use by the British Ministry of Defence, cements the PMAG as the new world standard for ammunition feeding devices. In a textbook example of the American Dream, Magpul began humbly within the home of an American veteran and eventually grew into a respected and innovative defense contractor serving the cause of freedom worldwide. 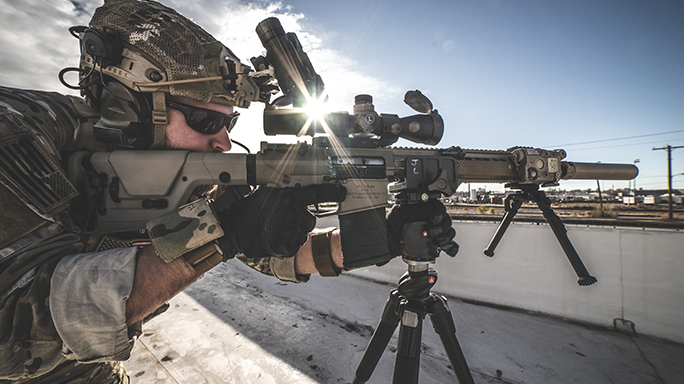 The field of providers for military equipment and accessories is busy these days. A great many smart people, many of them tempered within the crucible of combat, have unleashed their creative energies on the gear of battle. Within that congested arena, Magpul sets the pace of innovation.

I have personally used Magpul gear for years and found it to be everything it is purported to be and more. From well-reasoned equipment to apparel and world-class training, Magpul has shown what is possible when freedom-loving Americans take risks, work hard and stick to their convictions.