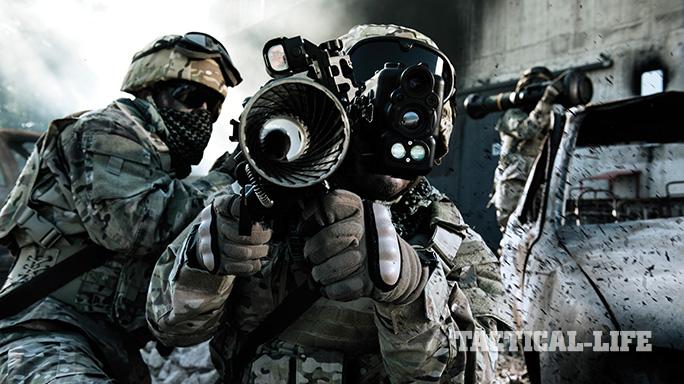 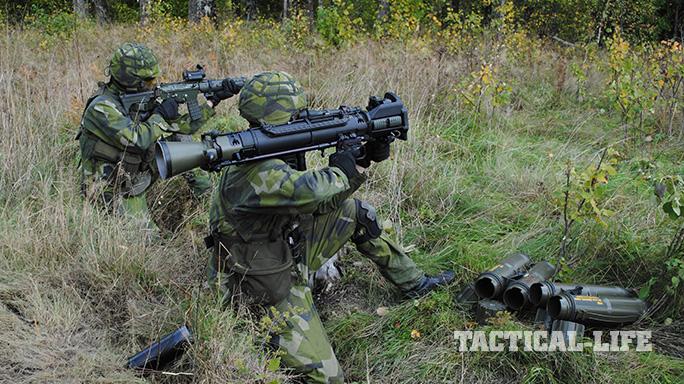 2 of 4
Weapons Insider: Carl Gustaf M4 Rocket Launcher
The Carl Gustaf M4 is compatible with intelligent sight systems, so operators will be able to program their munitions before firing. 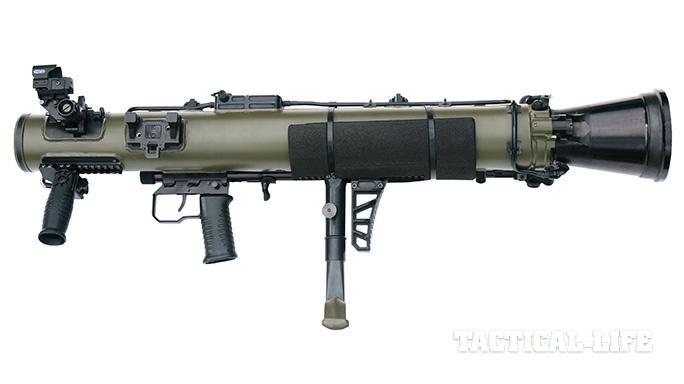 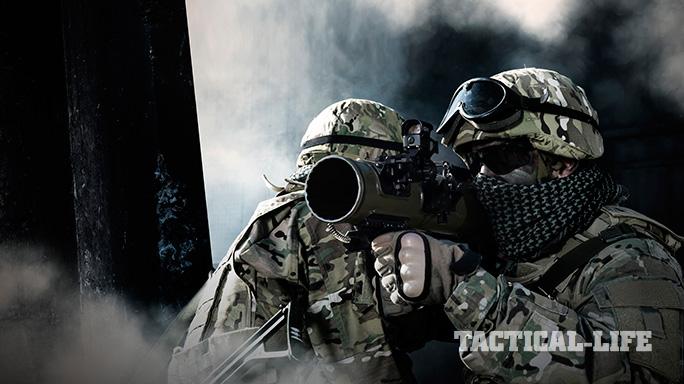 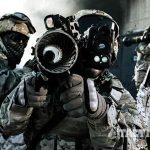 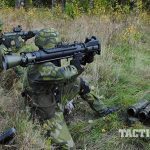 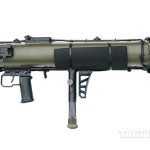 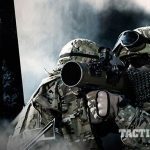 Regardless of the moniker used, the weapon system recently achieved a major milestone when Swedish manufacturer unveiled a new version of the Carl Gustaf as the M4 that appears to perfectly match emerging United States military weapon requirements.

The M3 variant was introduced in 1986. While significantly lighter (22 pounds) and slightly shorter (42 inches) than its predecessor, the M3 model possesses ammunition compatibility with earlier and future versions, a feature that continues throughout the Carl Gustaf system today, increasing its versatility.

The M3 was the first version fielded by U.S. Special Operations Command (USSOCOM) elements—including U.S. Army Rangers in 1989 and Navy SEALs in 1997—as a replacement for the aging M67 series of 90mm recoilless rifle or as a battlefield substitute for the Javelin anti-tank missile. Designated by the U.S. as the M3 Multi-role Anti-armor Anti-tank Weapon System (MAAWS), the weapon was subsequently adopted to meet the needs of a broader slice of U.S. Army infantry units in 2011 and 2012.

U.S. Army sources credit the M3 MAAWS with an ability to engage lightly armored targets at ranges up to 700 meters and softer targets at up to 1,000 meters, with the possibility of reaching some target types at extreme ranges out to 1,700 meters.

With the “502” high-explosive dual-purpose round, for example, firing in “delay mode” facilitates the engagement of enemies located inside buildings or bunkers. Conversely, twisting the round 180 degrees at loading provides an “impact mode” for engaging other targets such as lightly armored vehicles.

Another example of tactical flexibility can be seen in the “756” multi-target round, which features a large precursor charge that creates a significant hole in walls and a second charge with a fixed-delay fuse that initiates the explosive and splinters the steel casing for lethal effects behind the wall. (It should be noted that the broader U.S. Army has fielded fewer ammunition types than USSOCOM elements.)

But, in spite of its tactical contributions, the M3 MAAWS is still considered to be too heavy by U.S. operators. Clear evidence of their desire for a lighter weapon surfaced in early March 2013, when USSOCOM released “a market survey” to identify potential sources for developing a kit to lighten the M3 MAAWS. According to that announcement, USSOCOM users wanted the launcher’s weight to be reduced by at least 3 pounds (with 5 pounds being optimum) as well as a shorter overall length.

As if in direct response to the stated U.S. desires, the fall of 2014 witnessed the milestone public unveiling and demonstration firings of the newest version of the Carl Gustaf before representatives from 22 countries assembled in Karlskoga, Sweden. The new M4 model offers further significant reductions in system weight, dropping the launcher weight by more than 6 pounds—to a total weight of less than 15.4 pounds—and decreasing the length to less than 39 inches.

Along with the weight and length improvements, other ergonomic enhancements on the M4 include an adjustable cheekrest and grip as well as new open sights designed for use by a soldier wearing a helmet with hearing protection or a communications headset.

In addition to the open plastic sights, users have the option of installing a red-dot combat sight on the weapon. Going a step further, the system has also been prepared to mount what developers term a future “intelligent sight” that would allow things like the programming of fuses on future ammunition designs in the barrel of the weapon.

One Saab representative emphasized the “optional” nature of the future intelligent sight, half-joking, “There are some customers who might say, ‘We don’t need any intelligent sights. We have intelligent soldiers and that’s good enough.’ For those customers, we can remove that sight communication capability.”

Another new feature on the M4 model is an integrated shot counter that records all full-caliber round firings for the 1,000-round lifespan of the barrel. Previous models burdened users with the requirement of monitoring and recording this information, with occasionally questionable results.

A new safety catch is one more improvement, which allows a gunner to carry the Carl Gustaf M4 in a loaded configuration between battlefield firing positions.

Moreover, the international unveiling of the M4 coincided with the recent “first customer delivery” of a new HEAT “655 CS,” or confined space, round. Characterizing it as “the latest ammunition development” in the Carl Gustaf family, Saab Dynamics representatives highlighted the 655 CS’ capabilities against typical targets like main battle tanks (side attitude) and armored personnel carriers/infantry fighting vehicles. With an effective range of 300 meters, they said that it would penetrate more than 19.6 inches of armor with an aluminum/copper bi-metal cone delivering “high behind-armor effects.” Most significantly, the “confined space” designation means that the new round can be fired from rooms measuring as small as 3 by 3 by 2.5 meters.

Saab representatives emphasized that the company is constantly looking at developments that could be applied to the 84mm weapon system, offering recent examples like plans for “smart” ammunition linked and programmed by optional intelligent sights, expaning on confined-space firing capabilities and increasing the ammunition’s warhead efficiency against future anticipated target types.

“We are always looking for new warhead designs to be able to penetrate more and to have other capabilities,” added one Saab representative at the M4’s unveiling.

Looking even further into the future, he added that longer-term program developments will focus on increased range, increased precision, reduced reaction time and increased tactical flexibility.

While U.S. Army planners have noted that infantry units will likely retain their M3 MAAWS systems in the near term, it is believed that USSOCOM elements may be early adopters of the M4, which they are reportedly planning to designate as the M3A1. But regardless of designation, to many it will still be the “Charlie G.” 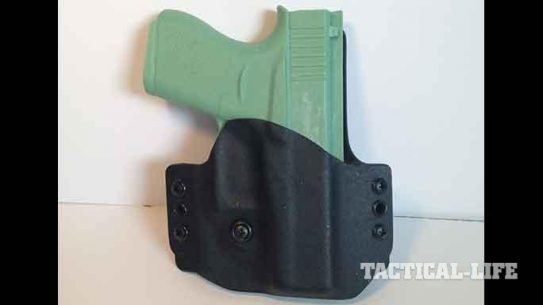 Oklahoma-based manufactuer YetiTac has joined the Glock 43 holster market with a seemingly endless...