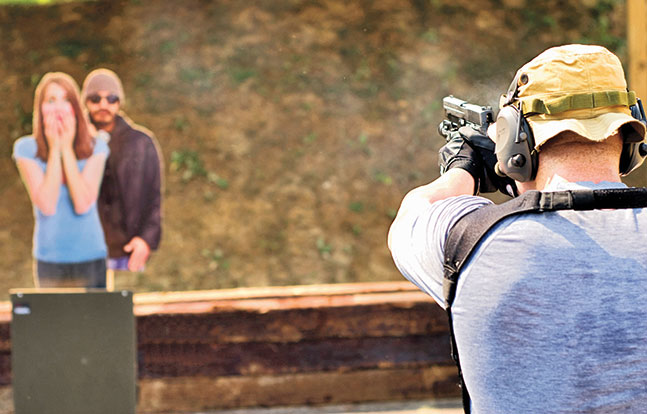 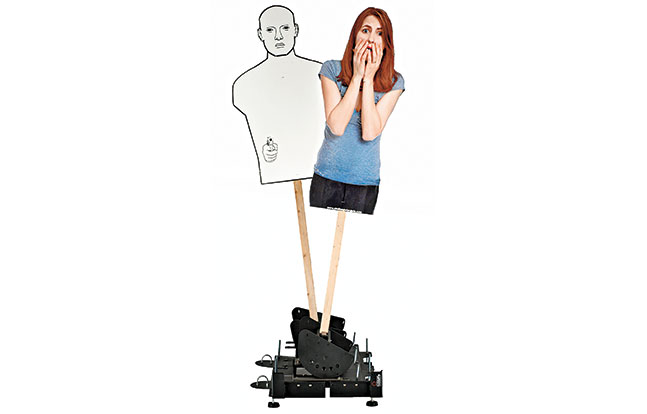 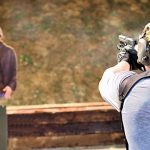 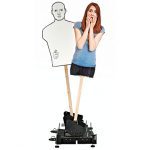 The most pressured shot any operator will attempt involves taking out a threat that is using a hostage as a shield. Snipers practice these shots repeatedly, but shooting small groups on static targets at the range is not realistic training.

Unpredictable movement of both the target and the friendly is essential for recreating a live-fire event.

Challenge Targets’ Extreme Hostage Target (EHT) provides a system where the “suspect” moves side to side behind a static “hostage” or, by upgrading the system, both the hostage and suspect move. The upgraded system can also be configured to show two suspects moving behind a static hostage. The hostage target can also be replaced with a user-supplied prop that simulates cover (e.g., a brick wall or a door with a window) from behind which each of the two threats pop out unpredictably. This element adds realism and forces the trainees to use their best decision-making skills.

Challenge Targets sells silhouette-cut cardboard hostage and suspect targets, and the system accepts standard IPSC and IDPA cardboard targets. First responders to hostage situations may not be tactical teams, so patrol officers can use the EHT with handguns, shotguns or patrol rifles. These non-specialized officers need to understand their capabilities and the limits of their equipment when more extreme situations present themselves. For instance, officers need to understand the factors that necessitate when to switch from buckshot to slugs and what firing positions are needed when delivering a less rapid but critically accurate shot.

Using realistic moving targets instead of traditional static targets for law enforcement training goes beyond the objective of increasing officer survivability. It also is legally defensible should the department be accused of inadequately training its officers. In both Oklahoma City v. Tuttle and Popow v. City of Margate, the courts held that for firearms training to be adequate, moving targets and decision-making (shoot/don’t-shoot) should be incorporated into training as well as other factors such as low-light situations.

The EHT is a simple system that requires little adjustment or maintenance once it is set up. Target movement is activated by the wind or via a rope by the instructor, so electric or pneumatic power is not required, which makes where and how the target can be used much more flexible. All that is required for setting up the EHT is a surface that is close to level.

The target moves laterally to the shooter, realistically simulating a threat bobbing out from behind a hostage. Targets are mounted above a steel rocker mechanism that rocks back and forth on tracks. Activation is from the wind blowing a cardboard strip that acts as a sail stapled to the rear of the target or from initially pulling a cord and letting the rocker and counterbalance take over. Challenge Targets advises that movement requires at least a 3-mph wind.

The target is exposed for two to five seconds depending on the wind or rope pull. Because the goal is realistic movement, making the hostage and suspect targets move unpredictability will enhance the training experience.

For more information on the Extreme Hostage Target, visit challengetargets.com or call 800-859-5841. 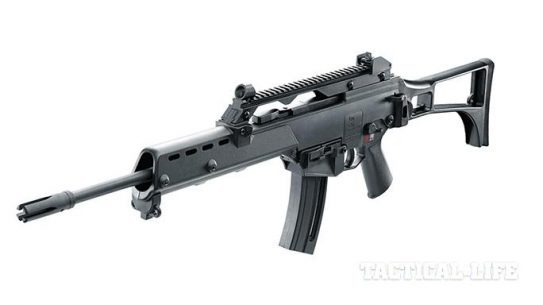