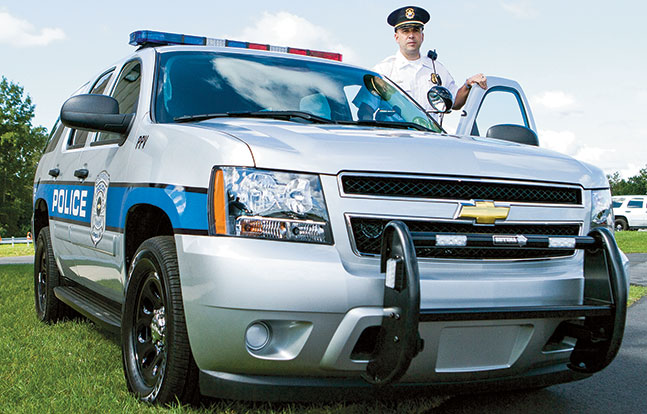 1 of 4
Chevy’s New Tahoe Police Patrol Vehicle
The Tahoe PPV has plenty of space and a 320-horsepower Vortec V8 engine. 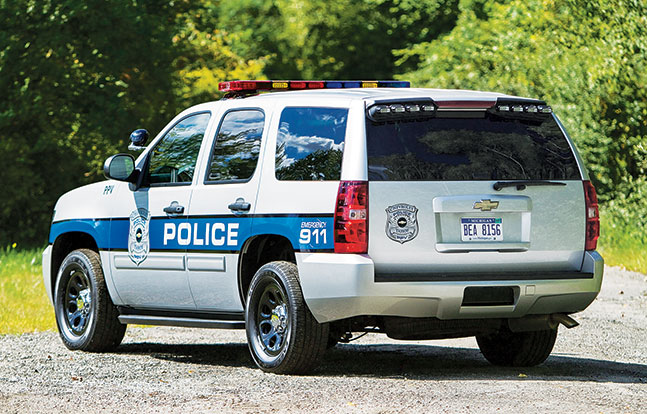 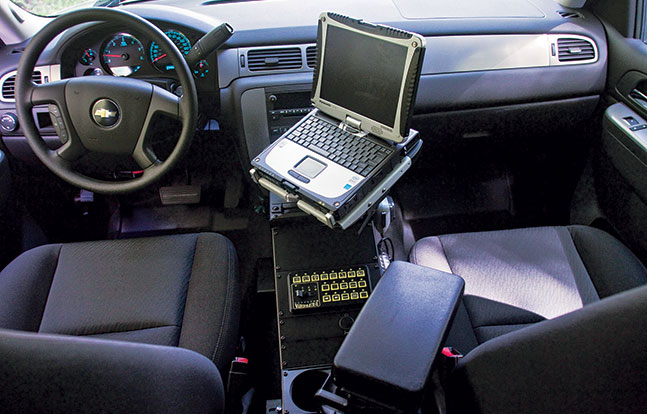 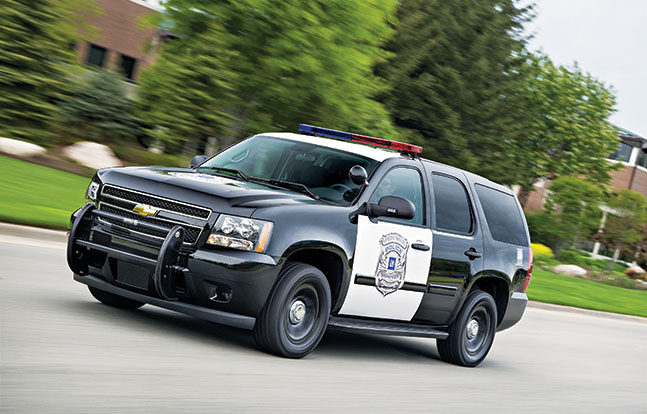 4 of 4
Chevy’s New Tahoe Police Patrol Vehicle
The Tahoe PPV has plenty of space and a 320-horsepower Vortec V8 engine. 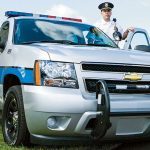 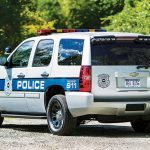 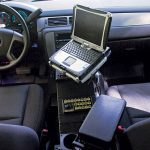 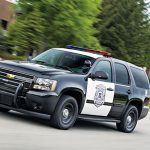 In 1899, the first police car hit the mean streets of Akron, Ohio. Technically a wagon, it was built by city engineer Frank Loomis and ran on electricity with a maximum speed of 16 mph. It could travel 30 miles before its battery needed to be recharged.

Akron Police Officer Louis Mueller, Sr. had the distinction of driving the world’s first police car, which cost the whopping sum of $2,400 to build. The vehicle was equipped with electric lights, gongs and a stretcher, and its first call was to pick up a drunken man at the junction of Main and Exchange streets.

Over the last century, the police cruiser has changed with the times and needs of law enforcement, enabling officers to patrol more effectively. Over time, every type of vehicle has been adapted for patrol uses, including cars, trucks, vans, pickups and SUVs. In the past, a cruiser would be generally equipped with lights, sirens, jumper cables and, when they became available, a car radio.  These days, to address modern threats and the expanded scope of law enforcement operations, most cruisers are geared up as mobile tactical assault vehicles, all necessitating the need for space and versatility.

In the past, vehicles were also converted from existing automobile manufacturers’ fleets and equipped with a “police package,” turning the regular car into a police cruiser, but now the Chevrolet division of General Motors, the creator of the beloved Chevy Caprice, has now gone much further for today’s LEOs.

Designed with an officer’s comfort in mind, the Tahoe PPV is one of the largest police vehicles on the market. It has additional space in the rear seat, which provides more legroom and easier access to individuals and equipment in the back seat. The Tahoe PPV is also lower to the ground for improved handling, especially at high speeds. It also has front and rear suspension systems that include stiffer springs and shocks, and there is a stiffer jounce bumper more ideally suited for police loads.

With a gross vehicle weight rating (GVWR) of 6,800 pounds and able to carry a payload of 1,516 pounds, the Tahoe PPV is powered by a 5.3-liter Vortec V8 engine that delivers 320 horsepower and 335 foot-pounds of torque. The Vortec V8 engine features Active Fuel Management technology for improved fuel economy, and it operates on fuel that contains up to 85-percent ethanol. The engine is mated to a fuel-efficient, heavy-duty, six-speed automatic transmission.

For underbody protection, Tahoe PPV comes with a skid plate package that includes a front underbody shield from behind the front bumper to the first cross-member. This package protects vital vehicle components, such as the oil pan and other drivetrain parts.

According to the Michigan State Police, who recently tested the vehicle, the Tahoe PPV creates a comfortable ride for officers, with an ergonomic rating that tops all other police vehicles—and that agency ranked vehicles in 28 categories, including front seat comfort, ease of entry/egress, outward visibility, control accessibility and more. The Tahoe had the highest score of all the 2013 vehicles tested.

Federal, state and local agencies use the Chevrolet Tahoe PPV for patrol, first response, tactical, HAZMAT, Border Patrol and K9 purposes. It’s roomy enough to allow officers to bring all of their gear to the fight, yet it’s agile enough to be able to respond to any natural or manmade disaster.

Police cars have come a long way since 1899, but the one thing that remains the same is when the call goes out and the police need to respond, their response needs to be with speed, surprise and violence of action—all possible with the Chevy Tahoe PPV. 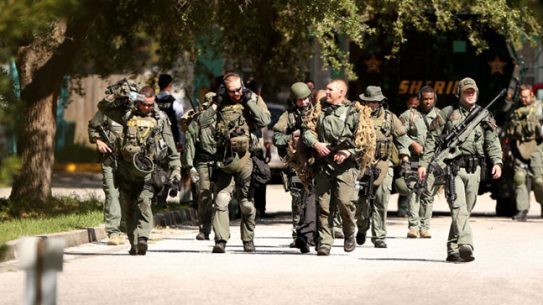