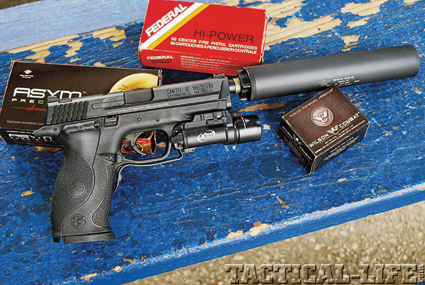 Smith & Wesson’s M&P9 is now suppressor ready, and the accessory rail allows you to equip a tactical light like this SureFire X300. The SWR Octane suppressor can handle a variety of loads.

In the past several years, suppressors have gone from exotic to mainstream and become accepted in the world of law enforcement, military and firearms enthusiasts. The BATFE is processing record numbers of transfers, resulting in some waiting periods of over 6 months. This popularity has also resulted in an increase in Class III dealers. Firearms manufacturers have recognized the trend and a large number are offering suppressor-ready pistols and rifles. 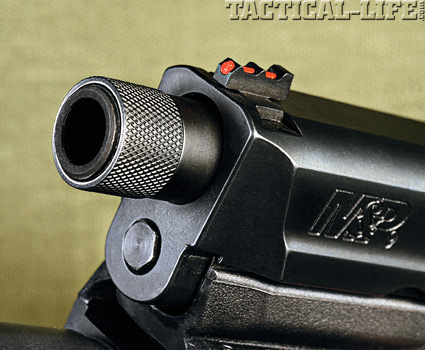 Smith & Wesson provides a thread protector for the M&P9’s extended barrel for when you don’t need a suppressor.

Smith & Wesson introduced M&P9s and M&P45s equipped with extended/threaded barrels for a trade show in 2011. Given the success of the M&P series of autoloaders, this came as no surprise. It took several months before I was notified that S&W was going to make the suppressor-ready M&P9 as a standard. A short time later, I picked up the now-familiar blue plastic case. The M&P9 was a stock model with a 4.25-inch barrel and white three-dot sights. The pistol came with two 17-round magazines and a second 5-inch barrel that was threaded and equipped with a thread protector. Now it only needed an appropriate suppressor to complete the kit.

Suppressor Details
While at the same show I also had the opportunity to visit with Henry Graham, the president of SWR (Southeastern Weaponry Research) Manufacturing. While SWR may not have a large marketing footprint, they have established a reputation for producing quality suppressors with outstanding performance. Currently, the company offers a complete line that consists of two .22 rimfire suppressors, five centerfire pistol suppressors, and five centerfire rifle suppressors. SWR is very open about the performance of their products and is one of the few companies in the industry that does scientific sound testing and publishes the data for each suppressor. 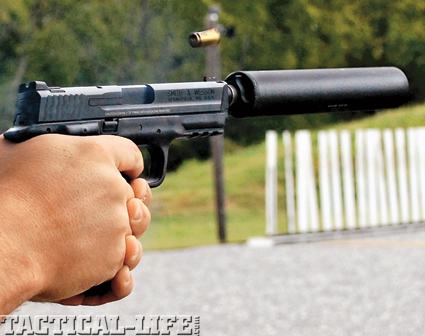 On the range, the M&P9 equipped with the SWR Octane was a pleasure to shoot and reliable after a break-in of 40 or so rounds. 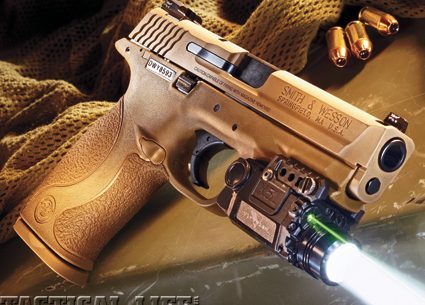 Smith & Wesson’s M&P9 is now suppressor ready, and the accessory rail allows you…