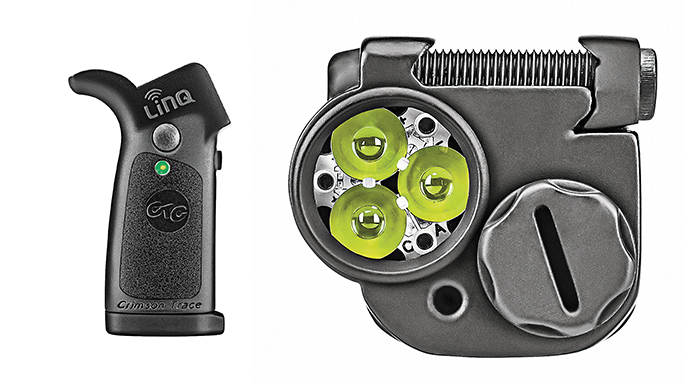 1 of 2
The Missing Linq: Crimson Trace’s New Light, Laser
The Crimson Trace Linq pistol grip (left) controls the light/laser module (right). Green lights present on both sides of the control grip indicate that the two devices are wirelessly linked and ready for operation. 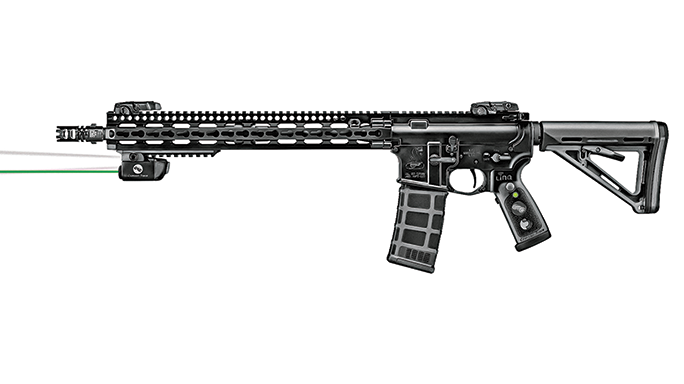 2 of 2
The Missing Linq: Crimson Trace’s New Light, Laser
Crimson Trace’s new Linq system allows operators to run a fast-targeting light and laser without any wires to snag on gear. 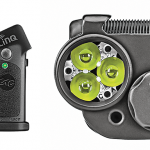 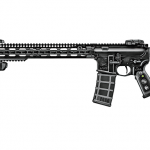 Crimson Trace is an industry leader in creating integrated laser sights for concealed-carry and personal-defense firearms. The company’s Rail Master Pro series took things a step further by combining a laser sight with a tactical light in a compact unit that easily attaches to the Picatinny rail of a handgun, rifle or shotgun. The innovative new Linq system from Crimson Trace takes tactical lights and laser aiming accessories for AR-platform rifles to a whole new level.

The Linq LNQ-100 system features two components. The first is an AR-15-style pistol grip that replaces the factory grip and houses a battery and the Linq controls. The grip communicates with the second component, a rail-mounted laser and light module. Wireless “LiNQ” technology connects the two components so there are no wires to hang up on gun cases, vehicles, fences or any other potential environmental snag points. Plus, the operator can control both the tactical light and laser with their shooting hand. There’s no need to use your support hand to control the laser or light, which is necessary with most other tactical lights and laser aiming devices.

The Linq system’s wireless technology has been tested against numerous interruption possibilities and has passed numerous tests. It also cannot be hacked. When the light/laser module and grip initially pair, the light stays lit for a few seconds to show they are linked, then it turns off. If the grip unit is “searching” for the light/laser module, the green lights flash. If the control grip has lost connectivity with the laser/light module, the lights will turn red. These indicators are very easy for only the operator to see. Ambidextrous buttons on the pistol grip allow the user to operate the laser/light module in four “on” modes: light and laser together, both strobing, laser only or light only. The polymer control grip—slightly larger than a mil-spec A2-style grip—is comfortable to grasp, and the buttons allow easy activation for both right- and left-handed shooters.

The control grip has been tested on numerous AR platforms from a variety of manufacturers, and it will fit the standard attachment slot on nearly every AR rifle commercially sold. Installation simply requires removing the old pistol grip and adding the new Linq grip. Crimson Trace provides all of the tools and hardware needed for the installation. Finally, the control grip uses a single CR2 battery.

The Linq system also employs a sleep mode to conserve power. After 24 hours of inactivity, the system will go into “sleep” mode to conserve battery power while maintaining the LiNQ between the grip and module. But if the unit is remotely operated by the grip’s activation buttons, then the entire system is constantly on and as soon as pressure is applied to the buttons the light and laser are “awakened.” Either way, the Linq is ready to run as fast as you need it to.

Both of the Linq units have passed drop, dust and moisture tests. Just like Crimson Trace’s other products, the Linq system is tough and durable. Another nice feature of the Linq system is that the user can mount the light/laser module as far forward on their rifle’s handguard as possible, thus eliminating glare when using an optic, and yet there is no longer a need to reach out to turn the module off or change modes. In an emergency situation where an operator’s support arm is incapacitated, the shooting hand can easily operate the light/laser.

Crimson Trace is again pushing the envelope and leading the industry as an innovator, and the new Linq system may just be the missing technological link for AR-platform carbines and pistols. 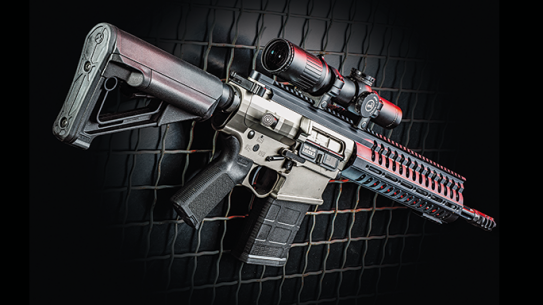