In preparation for the forthcoming zombie apocalypse, Crimson Trace has released a limited run of exclusively designed ‘Z’ Series Lasergrips® and Laserguard® products to quickly identify your Walking Dead Weapon for several popular self-defense handguns. Emblazoned with the green ‘Z’ logo, this limited line of laser sights feature the patented Crimson Trace instinctive activation feature and fit the 1911, Glock and XDm duty-sized pistols. As no self-respecting zombie hunter would leave home without a backup gun, models for the J-frame and LCP are also covered. Available now for a limited time only through normal distribution channels or from www.crimsontrace.com, this collectors’ edition has an MSRP of $229 to $339. 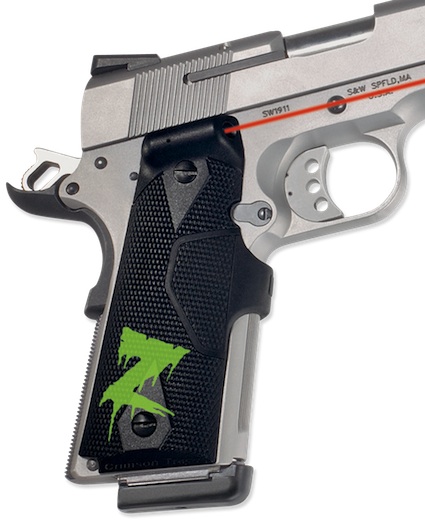 “As everyone knows, the only sure way of taking out zombies is with a carefully placed shot to the head,” said Kent Thomas, Director of Marketing for Crimson Trace. “These new ‘Z’ series laser sights allow the user to remain focused on the threat presented by the shambling undead, while placing a brilliant aiming mark squarely on the brain pan. We think they’re an essential part of any serious zombie survival kit.”

Each ‘Z’ series laser arrives pre-zeroed from the factory, so that in the event of an unexpected zombie outbreak, the user can quickly install it on their gun and be ready to face down the advancing hordes, without first needing a trip to the range. A four hour run time allows for multiple target engagements, which is a huge advantage when crowds of moaning, slightly decomposed ex-humans are trying to break into your carefully stocked stronghold, intent on turning you into their next meal. In addition, these laser sights qualify for Crimson Trace’s hugely popular ‘Batteries for Life’ program, ensuring that once the customer registers their product, they’ll be sent a fresh set of batteries every year, so long as the Crimson Trace HQ in Oregon isn’t overrun. 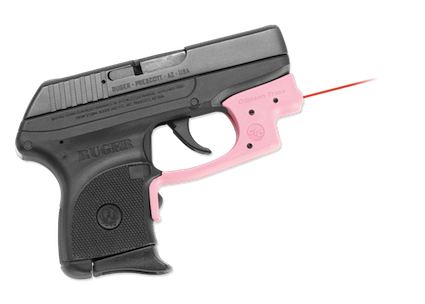 Adding to the ever-growing number of products aimed squarely at the female market, Crimson Trace will introduce a limited run of its industry-leading Lasergrips® and Laserguard® products in an attractive pink variation. Retailing for a suggested $219 for both the Smith & Wesson J-frame and Ruger LCP, these pink models will be available through their normal dealer network or from www.crimsontrace.com the beginning of June.

“Speaking with our women customers at various shows, we were asked if we could make a laser sight that wasn’t just your typical tactical black model,” said Kent Thomas, Director of Marketing for Crimson Trace. “Listening to feedback from both our female consumers and retail network, there is great demand for Crimson Trace laser systems with pink color pallets aimed at this rapidly growing segment of the market. We considered what the most popular self defense firearms carried by women were and adapted our product line accordingly.” 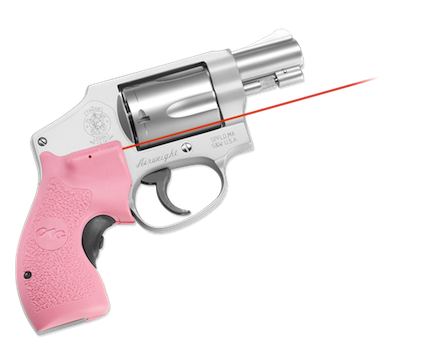 Both laser sights feature the same patented instinctive activation that has made Crimson Trace products famous worldwide. Simply pick up the gun in a normal firing grip and the laser is activated, with no additional buttons or switches to fumble with. Each can be easily installed by the user and arrives pre-zeroed from the factory at 50’. Although a 4 hour run time means that battery life will not be a concern, the new laser sights also qualify for an additional bonus. “If the customer registers their new laser sight with our outstanding customer service team, we’ll send them free batteries every year for life,” said Thomas. “We’ve had reports of customers who are still on their original set of batteries after six or seven years, but on this program, you’ll never have to worry about having a fresh set.”