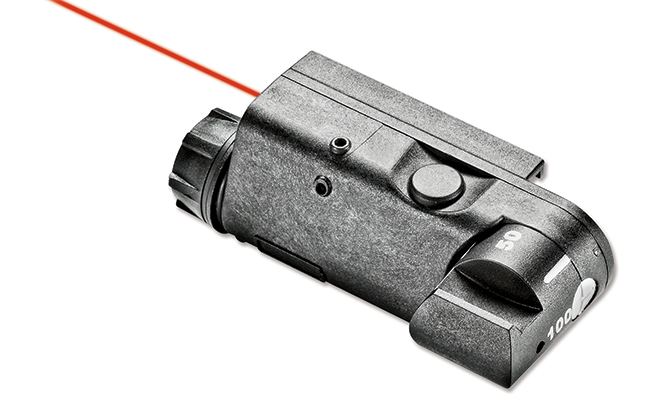 1 of 2
CT Defense SFL-100: Rocket Launcher Laser Sight
The SFL-100 is a 4-ounce laser-aiming unit that attaches to the M72 Light Anti-tank Weapon. In testing, it increased the operators’ low-light hit probability by 60 percent. 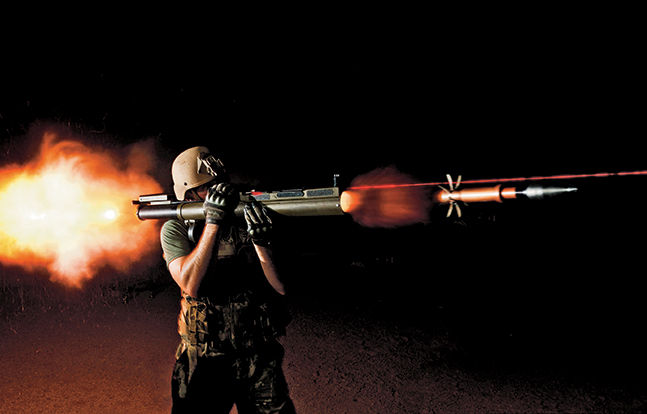 2 of 2
CT Defense SFL-100: Rocket Launcher Laser Sight
The SFL-100 is a 4-ounce laser-aiming unit that attaches to the M72 Light Anti-tank Weapon. In testing, it increased the operators’ low-light hit probability by 60 percent. 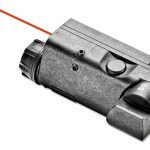 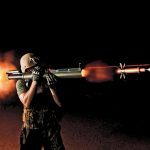 For any weapon system held, aimed and fired by a person, the human operator is the weakest link in obtaining consistent hits. CTC Defense, a tactical electro-optics company headquartered in Wilsonville, Ore., is a division of Crimson Trace Corporation, the maker of a number of popular laser and light accessories for firearms. The CTC Defense tactical division has more than a dozen laser sighting systems for various military armaments sold around the world to many of our NATO allies.

The SFL-100 is a reusable, low-light aiming laser, available as a visible red or infrared unit, that couples with several quick-detach mounting platforms purpose-built for the M72 LAW. The system attaches directly to Nammo Talley-built A7/A9 units and other variants with the RELMS.

The M72 LAW has been a standard shoulder-fired, anti-armor weapon for the U.S. military and its allies since the Cold War, and it still sees service today. The M72 consists of a lightweight, single-use, two-piece launch tube with a ready-to-fire anti-armor or anti-structure rocket inside. The launcher protects the rocket until it’s made ready to fire by extending the two launch tube sections to their full lengths. The 66mm rocket consists of a warhead, activated by a blunt nose assembly upon impact, and a body section with a motor, an igniter and spring-loaded fins. The warhead is a HEAT (High-Explosive Anti-Tank) round capable of penetrating up to 200mm of armor. Its effective range is listed as 200 meters on stationary, vehicle-sized targets and 165 meters on moving targets.

Standard-issue sighting is accomplished with a rear peep and front reticle containing a complex grid for range estimation and aiming stadia lines that relies on daylight to complete the aiming process. The M72 is a rocket launcher and not a missile launcher, thus, it is aimed and fired like other small arms with no homing or guidance beyond sight alignment of the operator. The LAW only offers one shot, so it has to count.

To use the SFL-100, the operator slides the unit onto a baseplate and locks it down. No tools or further adjustments are required, and the unit self-aligns with the launcher tube. The RELMS platform comes with a quick-attach strap and a factory-installed baseplate. Once attached, the SFL-100 laser can be effectively aimed at ranges from 50 to 200 meters in 25-meter increments. The SFL-100 produces a visible red 635nm, 5mW, Class 3R laser, and the infrared unit is an 850nm, 0.7mW, Class 1R infrared laser. Both units are powered by a single AA battery with a total run time of over 12 hours. To conserve battery life, the units have an auto-off activated after 35 seconds of inactivity. Both the visible red and IR versions come in a sturdy polymer housing, weigh less than 4 ounces and are waterproof to 1 meter.

According to tests conducted by Crimson Trace, the units have proven to increase the hit ratio by 60 percent in low-light conditions. Once attached and adjusted for range, it is a simple matter of holding the laser on target while pressing the trigger. Special operations and Marine personnel selected for this testing have given the unit positive marks, indicating that the SFL-100/RELMS updates the LAW into a more versatile day- and night-capable, anti-armor and anti-bunker weapon usable with and without all current night-vision devices.

The SFL-100 and RELMS units are in the Department of Defense supply system as National Stock Number (NSN) 5855-01-627-6187, Light Aiming Kit, Infrared. Before its adoption, the SFL-100 and RELMS had to pass a series of military tests and a formal approval process, including end-user trials and assessment.

Word is still out if CT will be making similar units for M136 AT-4, Mk153 SMAW and M3 MAAWS/RAWS, but it would make sense to add those as well. 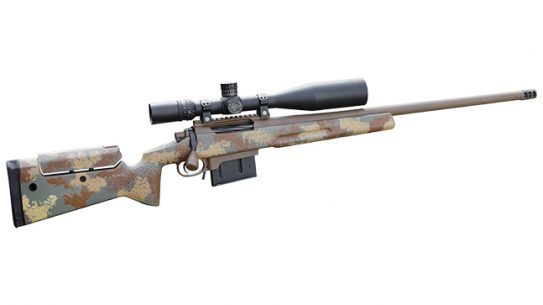