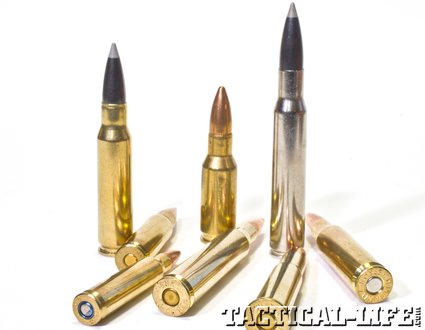 Names, numbers and letters stamped on the cartridge case are there mainly to ensure you get the right ammo in the right rifle. Rarely are the names a precise indication of the cartridge’s caliber or power level.

You would think that something as simple as naming a cartridge is easy. Truth is, manufacturers have been muddling this up since day one. It’s to the point now that using numbers to reflect the bullet’s actual caliber is no longer viable.

My grandfather took me to visit an old farmer many years ago. An old Savage lever-action was leaning in the corner of his bedroom. I asked the farmer what caliber it was, and he said “three-hundred,” like there was only one .300 cartridge in the world. The rifle was of course chambered for the .300 Savage, but that is not the only cartridge that bears a “three-hundred” in its name. Note that the caliber bullet that the .300 Savage uses is actually .308.

Generally, the bullet’s diameter is indicated in a cartridge’s name, for example the .308 Winchester. But that has not always been the case. The .275 Rigby is actually a 7mm Mauser cartridge adopted by John Rigby & Company in 1907 and uses a bullet that has a diameter of 0.284 inches. And 7 millimeters is actually equivalent to 0.275 inches, which is very close to the land-to-land diameter inside the barrel of the rifle. For what it’s worth, bullet diameter is and should be equivalent to the groove-to-groove diameter inside a rifle barrel. 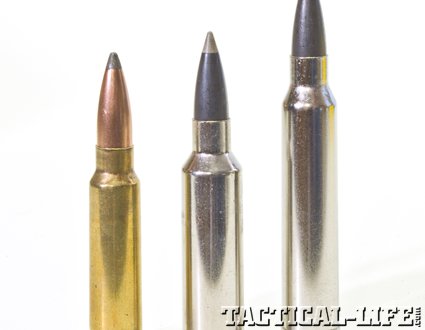 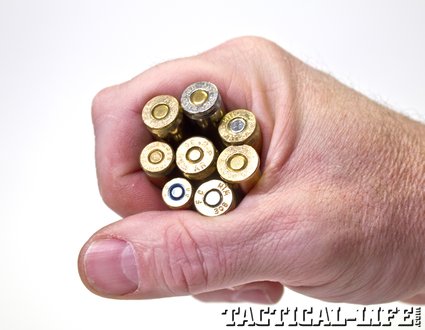 The main problem is that manufacturers name cartridges with the hope of drawing in customers. Sometimes the manufacturers get it right and sometimes they don’t. A perfect example of a bad name is the .280 Remington. Actually, it’s not the name that’s bad. Remington first offered this cartridge in a pump-action rifle and hoped it would compete with the .270 Winchester. Because of this the cartridge failed to catch on, so Remington renamed it the 7mm Express. Neither name was factually correct, however. The cartridge uses a .284 diameter bullet. The .280 moniker didn’t work either.

Sometimes cartridges pick up nicknames that become more popular than the original. An example is the .257 Roberts, which is a 7mm Mauser case necked down for use with a .257 caliber bullet. Gun writer Ned Roberts is credited with the design of this cartridge. Many shooters now simply call the .257 Roberts “Bob” in his honor. Same goes for the .30-06 Springfield introduced in 1906, which uses a .308 caliber bullet. It is frequently referred to as the ought-six, and this is all that need be said. It wasn’t until 1969 when the .25-06 hit the market. Now if someone says “ought-six” you have to ask, “Twenty-five or thirty?”

And we haven’t begun to touch NATO cartridges. To be cool NATO uses metric designations that folks from all over the world can understand. NATO renames cartridges based on the caliber bullet each uses and the length of each cartridge case. The .223 Remington is called the 5.56x45mm NATO, and the .308 Winchester is the 7.62x51mm NATO.

This is really confusing because the .223 Remington uses a .224 caliber bullet that is actually 5.68mm in diameter. The .308 uses a .308 caliber bullet that is 7.82 inches in diameter. Some believe that the .223 Remington and the 5.56mm NATO cartridges are not interchangeable when, in fact, all the cartridge cases’ external dimensions are identical. However, 5.56mm NATO (military ammunition) is loaded to slightly higher pressures. The same is true with the .308 Winchester and the 7.62mm NATO cartridges.

Wildcat cartridges (cartridges developed by handloaders to provide a custom level of performance or to work in a specific rifle) have the best names. Some of my favorites are the 19 Badger, .219 Donaldson Wasp, .25-222 Copperhead, .250 Humdinger and .35 SuperMann (that last one is mine, by the way). I think this is a much better approach to cartridge naming because, well, it’s cool.

This is all obviously somewhat important because you want to make sure you load the right ammo in your rifle. The name on the cartridge should match that on the rifle. Of course there is some interchangeability, like with the aforementioned .280 Remington and 7mm Express. The .244 Remington is interchangeable with the 6mm Remington, the .250 Savage is the same as the .250-3000, the 6.5-08 A-Square is actually a .260 Remington and a 7x57mm and an 8x57mm are the same thing as the 7mm and 8mm Mauser.

The best tool you can have to help you sort out all this cartridge confusion is the latest edition of Cartridges of the World. This book has been around since 1965. Now, as the eighth editor, I am putting together the 13th edition. It will contain over 1,000 different cartridges and discuss their development, history, performance and interchangeability. It also contains all the necessary cartridge measurements to help you identify a cartridge or, with the help of a chamber cast, determine what cartridge a rifle is chambered for. The 13th edition will have 50 additional cartridges, some with common European designations like 7.62×40 WT and others with good names like .300 AAC Blackout or .255 Banshee.

The latest Cartridges of the World should be available in Fall 2012. Pick up a copy, study it every night, and discuss cartridges like you know what you are talking about. Hey, you might even decide to come up with one of your own. 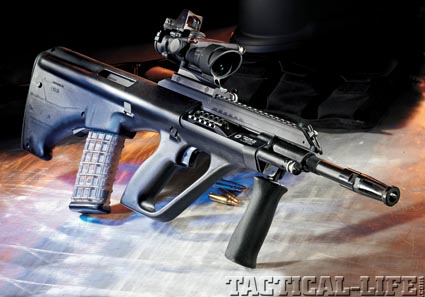 Names, numbers and letters stamped on the cartridge case are there mainly to ensure…