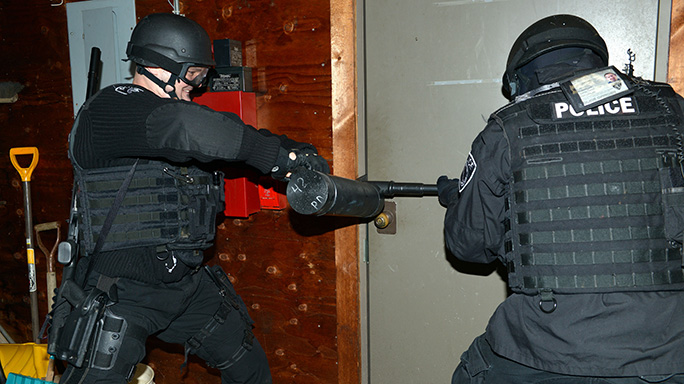 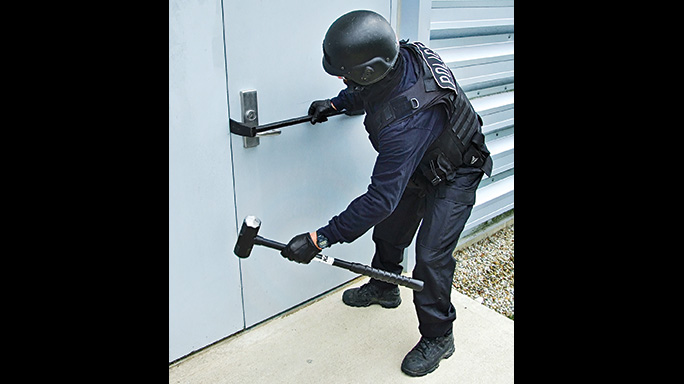 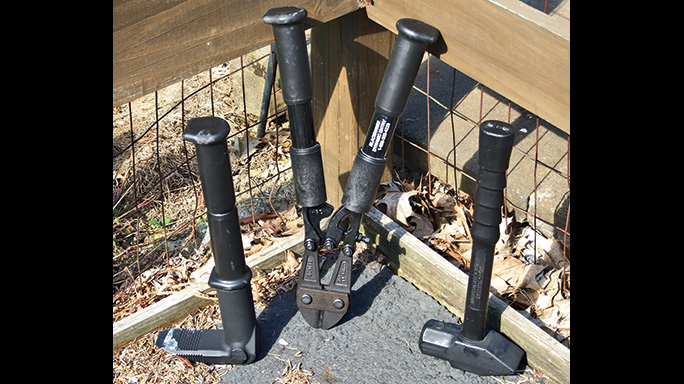 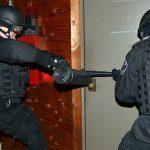 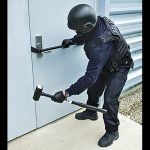 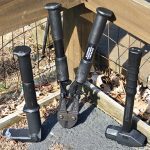 We all know the paradigm shift that was caused by the Columbine mass murder on April 20, 1999.

When one of these tragedies begins, street cops don’t wait for SWAT—they go in with small rapid response teams or alone, likely with rifles, and resolve the problem immediately. But there was another major paradigm shift in active-shooter response tactics, and that occurred on April 16, 2007. It was the massacre at Virginia Tech.

In that massacre, 32 innocent students and faculty members were killed by a man who was armed with a 9mm and .22 LR pistol. The shooter secured the doors in Norris Hall, where the majority of the carnage occurred, with pre-measured heavy chains. Chaining the door, by most accounts, delayed police entry by at least five minutes—an eternity in an event like this. While this wasn’t the first event that involved barricading in a mass killing, it was the deadliest single-gunman active-shooter massacre in U.S. history, and the pre-planning involved in the attack got the attention of many.

The Tools It Takes

When the Virginia Tech incident occurred, patrol officers were attempting a SWAT response without all the tools that a SWAT team has available to them, and had to find secondary points of entry.

Patrol officers need a few more tools to assist in active-shooter responses—particularly breaching tools. These tools have to be readily available and able to put into play quickly and efficiently. However, in today’s modern, downsized and overly crowded police cruisers, carrying battering rams and other full-fledged SWAT breaching gear is out of the question. In an unplanned emergency response, the gear needs to be transported and used by a single officer over a potentially long distance without burning the officer out. That’s quite a balance to strike indeed.

Two of the best solutions that are available come from BlackHawk and Kodiak Tactical Systems. For this report I tested each company’s emergency breaching pack systems, which allow one officer to carry up to three of the most common tools for a standard barricaded-door entry—a pry bar or Halligan tool, a sledgehammer and bolt cutters. While small battering rams are made, they tie up at least one hand to carry while moving into position, and even the light ones are heavy—something not practical for an officer also carrying a rifle or handgun.

Of the two kits tested, the BlackHawk Dynamic Entry Mini Deployment Kit is the most compact for use in a tight cruiser. In fact, it is small enough to fit on the front seat with a patrol bag. It has a single shoulder strap that goes over the head, and a thigh strap for securing on the off-gun side so it won’t beat you up while running. The three tools contained in the Mini Deployment Bag are the Mini Breacher pry bar, the Micro ThunderSledge and the Mini BoltMaster. They are very compact! The overall length of the Mini BoltMaster is 18 inches while the Mini-Breacher and the ThunderSledge run approximately 14 inches overall. The Micro ThunderSledge has a total weight of 4.6 pounds, which is great for solo operation. The Mini Breacher features a newly redesigned tempered stainless steel wedge with counter-angled friction ridges to help prevent tool slippage, and the safety-guard handgrips of the Mini Breacher improve gripping and support if the user’s hands are wet or sweaty. The handles on all of the tools are electrically non-conductive to 100,000 volts to prevent potential electrical contact issues. The entire kit weighs in at 14.8 pounds.

If you are not familiar with Kodiak Tactical Systems, Sgt. Paul Brandley, an experienced SWAT operator and trainer, runs it. His tools are American made, and his company is not only involved in tool manufacturing, but also in training as well through the Spartan International Consulting Group. I tested Kodiaks’ EK30 Breaching Kit with a backpack. The EK30 is the largest set Kodiak offers, with a 20- and 24-inch set available if space is at a premium. Usable for SWAT or patrol work, the EK30 features the HB30, a single-piece Halligan tool with a Sure-Grip handle; the SH828, a Duralight fiberglass-handled sledgehammer; and the BC30, a heavy-duty bolt cutter with an adjustable, replaceable cutting head. By way of contrast, the SH828 weighs in at 8 pounds, and the total kit weighs approximately 26 pounds. Non-conducting handles are available as an option on the tools, and they were included on the test bolt cutters and sledge. The Sure-Grip handle of the pry bar has a textured finish consisting of small raised dots that run the entire surface of the steel handle.

The Kodiak backpack itself is a nicely rendered affair, made in America of 1,000-denier Cordura nylon, and it’s available in black or tan. It contains a pouch for holding each of the three tools, padded shoulder straps for quick mounting and carry, an accessory pocket for a flashlight or other items, and it has a loop carry handle on top for short trips.

As I now work for a small agency with no tactical team, I loaned both sets of tools to a nearby major metropolitan agency’s narcotics unit. This unit handles intelligence, narcotics warrants and raids independently of the department’s SWAT team. I figured that the tools would get a good workout from the team since it sometimes works multiple warrants in a single day.

One of the first things about the Kodiak tools that the narcotics unit noticed was the Sure-Grip handle of the HB30Halligan tool. This was a universal plus. They also liked the serrations on the face of the HB30, which allowed for additional purchase when prying doors. The overall length of the Kodiak set was ideal for dynamic entries, and it worked particularly well for the narcotics team, which travels to its missions in plain vehicles instead of in a large and roomy armored vehicle. There was plenty of room in their undercover vehicles to pack the Kodiak set. The tools were used on a number of raids over a three-week period, forcing doors and cutting chains.

The team then tried out the BlackHawk gear. Although designed as emergency breaching tools, the team got to try them out at the scene of some warrants after entry had been made.

In one particular case, the team used the BlackHawk pry bar to break open a small fireproof safe. While not as secure as a full-sized, fireproof gun safe, these safes are not easily defeated—unless you have the right tools. The BlackHawk Mini Breacher bar and Micro ThunderSledge made short work of the safe, and the illegal contents were recovered.

I was also present when the Mini BoltMaster and Mini Breacher were used to break into a locked car glove box and rear seat area after a warrant had been served. The tools worked well within the confines of a front seat, and they were also effective on practice breaching doors.

Both the BlackHawk and Kodiak breaching sets are quality gear. The BlackHawk Mini Deployment Kit is more purpose-driven, being ideal for issue to select patrol units for active-shooter situations. If I were a chief or sheriff, I would see to it that there was always a set of these BlackHawk tools available in each sedan-style cruiser I fielded. They take up so little room but are capable of great effectiveness. They would be worth bringing on a SWAT mission for smaller interior jobs and narrow or cluttered hallways where space is a premium.

The Kodiak tools, due to the carry system, can also be used for active-shooter responses, particularly if officers are driving the larger SUV patrol vehicles that are starting to outnumber the small sedans. Kodiak Tactical’s tools are certainly SWAT capable and can be readily used for entry on those missions as well. They would be great to be carried on patrol by departments that have part-time SWAT members, so there would be a set of big tools on the street as well.

Patrol units now have more options for entering barricaded active-shooter events than every before and are capable of having more of the “Special Weapons and Tactics” that their team has. It is up to each agency as to which type will work best for them. 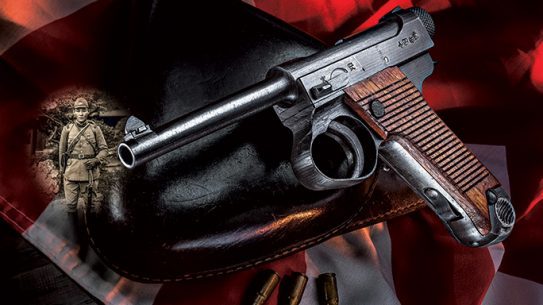