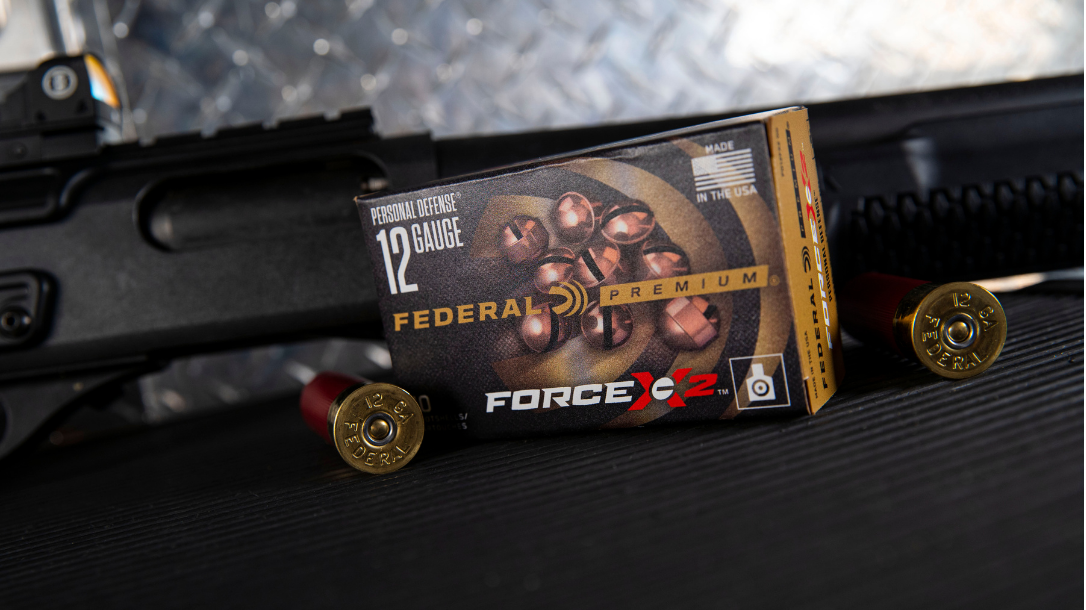 The Federal display at the annual Athlon Outdoors editorial Rendezvous held every year in the shadow of the Grand Tetons is a reliable crowd-pleaser. This gathering connects industry-leading manufacturers like Federal with gun geeks like me. There we can sample the current state-of-the-art in weapons, ammunition and accessories. At the Rendezvous I discovered the new Federal Force X2 buckshot. 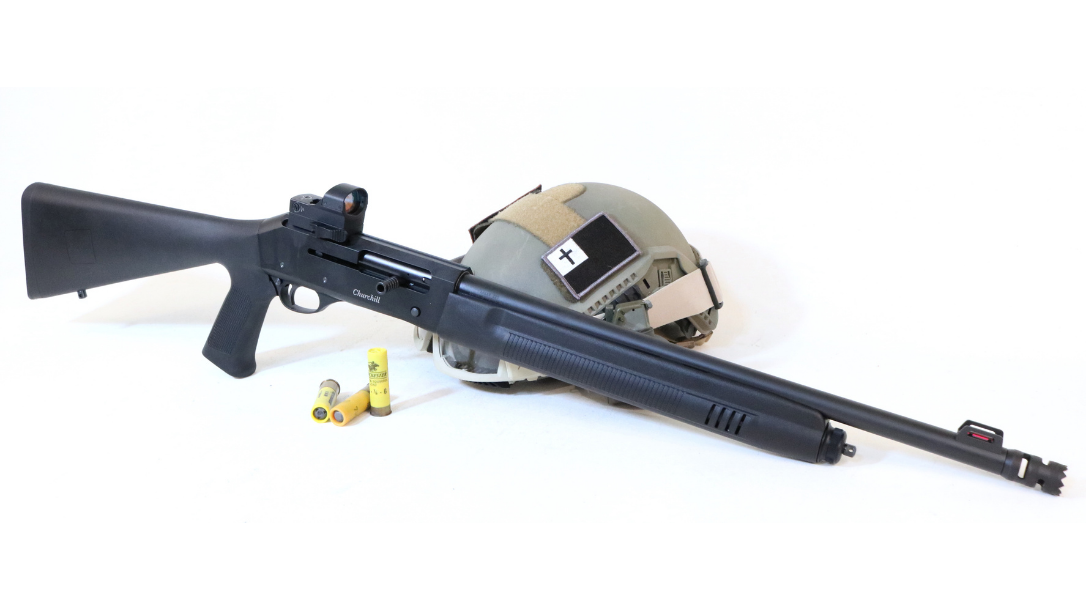 The 12-gauge shotgun has been around for centuries. With a bore diameter of 0.73 inches and a payload unmatched by anything that doesn’t require a tax stamp or an impact fuse, the venerable 12-bore sets an unmatched standard for stopping power. One of the many appeals of the timeless scattergun is its extraordinary breadth of loading options.

Federal has been churning out top-quality ammunition for a century now and is a seminal name in the American gun culture as a result. Their offerings in the Information Age embody about as much technology as the latest iPhone. Federal takes this to heart and packed their new buckshot with the latest ballistic technology.

Federal’s Force X2 loads carry nine copper-plated 00 buckshot. Nowadays, unadorned 00 buckshot is not sufficient to raise eyebrows in the gun world. What really sets these X2 loads apart, however, is the configuration of each 0.33 caliber pellet. Federal has found an absolutely brilliant method to take what was already the meanest, nastiest handheld firearm load out there and then double it.

The 00 buckshot is fully one-third of an inch across. Federal Force X2 buckshot pellets are formed from high-antimony lead and then copper plated. Because of this, the rounds have a long service life even under harsh environmental conditions. That much is fairly straightforward. What separates these Force X2 loads from lesser rounds is the configuration and geometry of the shot.

Each individual buckshot ball is deeply scored down its middle. This treatment will seem familiar to anyone who has ever used split shot on their fishing rigs while out drowning crickets for bream or sunfish. For example, think of each ball as a tiny little copper-plated Pac-Man of Death. The end result turns nine .33-caliber shot into as many as eighteen separate devastating wound channels.

There are several benefits to this technology. Bullets of any sort can be viewed like compact little batteries. You take chemical energy bound up in gunpowder and transform that potential energy into kinetic energy. By accelerating a certain mass of shot to a certain velocity, this payload is now imbued with a quantifiable amount of chaos as driven by the relationship Energy equals ½ Mass times Velocity squared. To be effective our zippy little projectiles have to dump their energy efficiently on target.

If a projectile deflects or decelerates too soon, vital energy is lost before it can do its work. Any energy expended on the far side of the target is not only wasted, it can also represent a threat to innocent bystanders. The ideal defensive projectile spends itself where it needs to be spent without excesses either before or behind the target. That is the specific mission of the Federal Force X2 shot.

Upon impact with tissue each single 0.33-caliber projectile splits into two halves. The spherical nature of the projectiles in air keep them flying straight and true. Now that they have separated in the target each hemisphere is irregular and prone to tumble. Theoretically, this gives the pellets a better chance to impact vital structures and cause rapid incapacitation.

Federal Force X2 buckshot rounds find their purpose in home defense. Premium primers and hulls, sealed against the elements, are a key component. Federal’s attention to detail and quality control means these buckshot rounds will work when you need them. That’s true across all their defensive ammo lines.

Using a shotgun for home defense does not absolve us of the requirement for precise targeting and proper conservative gunmanship. Quite the contrary. Throwing multiple shot rather than single bullets means we must be able to meticulously account for every round. The split nature of the 00 buckshot in these high-tech loads minimizes the risk of over-penetration.

When tested at “across the room” distance, the X2 shot patterns about the size of a softball. These rounds fly reliably true, and recoil is intentionally not as bad as some more conventional high-powered 12-bore loads.

I have never seen a living thing shot with a Federal Force X2 12-gauge shotgun defensive round. However, it really doesn’t require a great deal of imagination to visualize what that might be like. Eighteen wound channels at shotgun velocities have a very high probability of achieving rapid incapacitation. The particulars of velocity, caliber and bullet design are germane to a handgun engagement. However, unlimbering the Force X2 out of a 12-gauge excises all the ambiguity out of that argument.

There are literally countless defensive options available to the security-minded American gun nerd these days. Handguns, scatterguns and Modern Sporting Rifles aplenty litter the walls of your local gun emporium. Should you opt for a 12-gauge shotgun of any sort, these new Federal Force X2 loads represent the most close-range power you can extract from that time-proven system.

Federal Force X2 loads are sufficiently energetic to cycle an autoloader reliably yet still offer modest recoil. You could conceivably use these loads for both survival purposes as well as putting venison on the table as well. If you heard breaking glass downstairs at 3 o’clock in the morning, a proper 12-gauge loaded with this stuff would be mighty fine company.

We modern Americans dump cash on the dumbest things these days. Designer cell phone cases make a statement. Our clothing often projects a sense of style, comfort and politics. However, in the Federal Force X2 you really do find the finest defensive 12-gauge ammunition money can buy. This is as good as it gets. For more information, visit federalpremium.com. 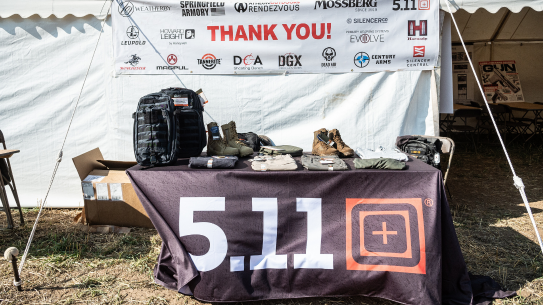 5.11 Tactical Gear new products are always a great look at how one of...