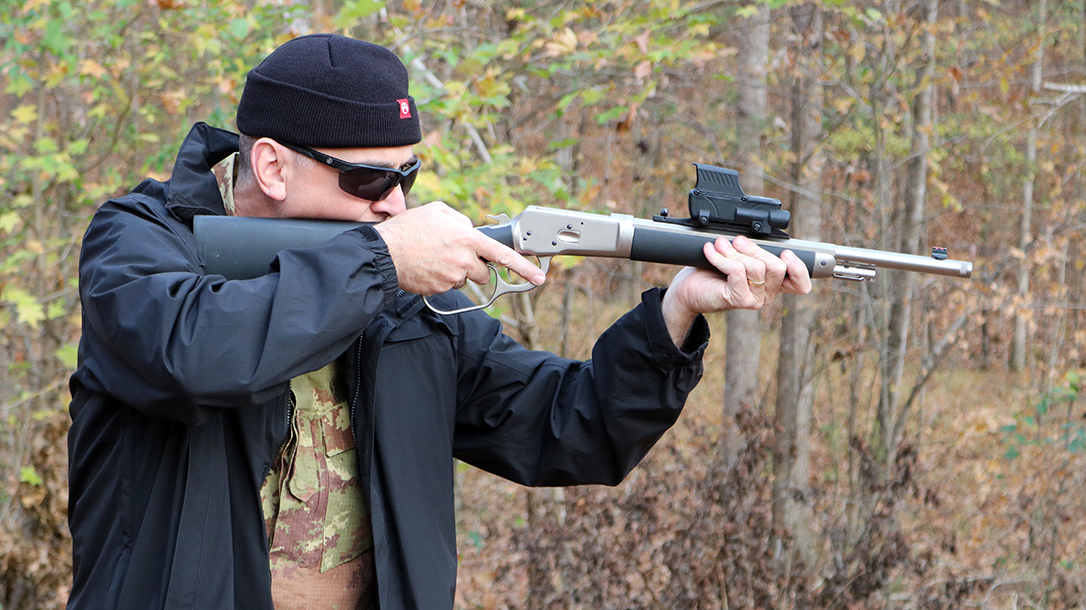 I met Federal HammerDown ammo at the recent Athlon Outdoors Rendezvous in the shadow of the majestic Grand Tetons mountain range. This state-of-the-art ammo comes purpose-designed to feed modern lever-action sporting rifles. When run through the magnificent 1892 Alaskan Takedown Rifle from Taylor’s Tactical, HammerDown rounds hit like a sledge hammer while remaining safe for operation in tubular magazines. Despite the fact that it is intended for use in rifles built around century-old technology, this new HammerDown ammo packs legitimate state-of-the-art engineering. 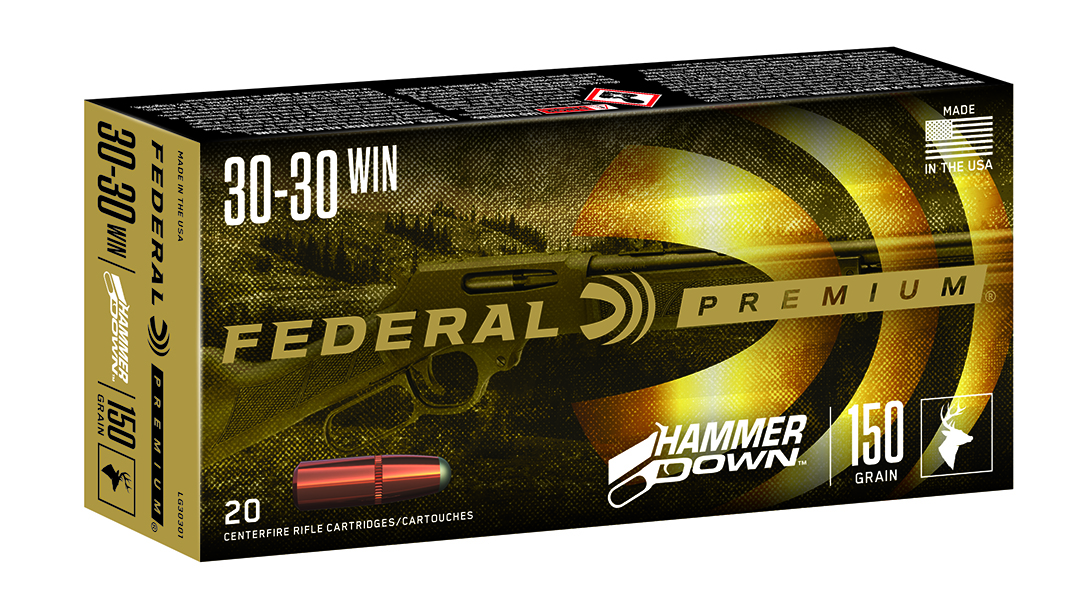 Federal’s HammerDown rounds sport nickel-plated cases for long life in harsh environments. So it withstands rattling around in your field gear for a few years before pressed into service to reliably put meat on the table. Gold Medal primers ensure reliable ignition every single time. The end result is ammo you can count on to seal the deal on your next hunt.

Federal optimized HammerDown for use in lever-action platforms with tubular magazines. To ensure optimal feeding and reliability, Federal chamfers the front face of the case rim. This may seem a small thing, but it is such as this that really sets HammerDown ammo apart.

All of the HammerDown bullets feature molecular bonding between the lead core and copper case. Think of this as a sort of welding. By fusing these two components together Federal engineers have built bullets that provide deep penetration along with maximum weight retention. These loads also feature heavy-for-caliber projectiles and increased velocities when fired out of longer rifle barrels.

Built for Rough Use

Everything about HammerDown ammo’s design prepares for hard use in the field. Nickel-plated cases slide easily through the rifle’s action, while clean-burning powders provide consistent performance and minimal maintenance. As a Federal Premium product, HammerDown ammunition is also subjected to additional inspections and the tightest dimensional tolerances during manufacturing. All this stuff conspires to provide consistent performance both in the rifle and downrange where it counts.

While HammerDown rounds are commonly considered pistol loads and will run fine in modern handguns, they are purpose-contrived for use in lever-action rifles. The 1892 Alaskan Takedown Rifle from Taylor’s Tactical is as rugged as John Wayne’s jockstrap and as gorgeous as next year’s Miss America. The action is unnaturally smooth, and, when stoked with premium HammerDown bullets, shoots like a laser at reasonable ranges.

We used to call these brush guns. That was clearly a misnomer. No responsible sportsman will ever squeeze the trigger if the shot is not clean and unobstructed. It is always better to wait until another day than risk something other than a humane kill.

What Federal HammerDown loads actually offer when run through one of these beautiful 1892 Alaskan lever-guns is inimitable close to mid-range knockdown power. The package also won’t just beat you to death on the range. These rifles are easy to pack and carry, utterly reliable, and plenty accurate out as far as you might safely shoot.

We ran the HammerDown in .44 Remington Magnum. It shot straight and true, as expected, and offered truly explosive downrange performance. Federal’s new HammerDown is classic hunting ammo built for the Information Age.