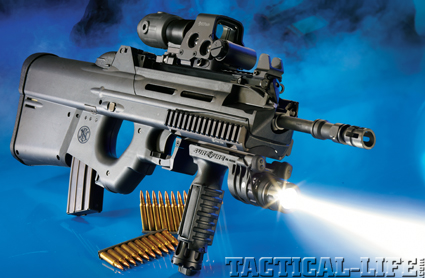 The FN FS2000 CQB bullpup, equipped here with an EOTech HWS and 3X magnifier, features a tri-rail forend system forward of the triggerguard. It is shown equipped with a SureFire M900V WeaponLight system.

In these days of ultra-modern firearm design, modern materials and high-end performance, it is getting harder and harder to stand out from the pack. Although the “black gun” standard bearer in the West today, the AR-15/M16, is more than a half-century old, it has been enhanced and updated to help it remain on the cutting-edge of tactical firearms design. Add to this category “upstarts” like the FN SCAR, the Bushmaster ACR and the Beretta ARX-160, and you have what would charitably be described as a crowded field.

However, there is one configuration of tactical carbine that still stands out from the pack—the “bullpup.” These rifles, in which the action, magazine and firing mechanism are located behind the firing grip rather than forward of it, combine the benefits of long barrels with ultra-short overall lengths. And, they simply look “space age” as well. However, although the bullpup design may look like it just came off the drawing board of some “skunkworks” firearms genius of today, the concept has actually been around for quite a while. 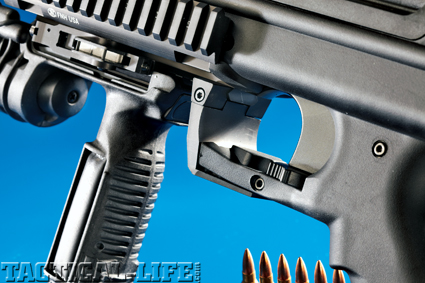 In fact, the tangled history of the bullpup in military usage dates to the British EM-2, a post-World War II bullpup carbine that combined advanced engineering with a equally radical .280 cartridge. However, the need to follow NATO standardization of the 7.62x51mm cartridge doomed this promising design from the beginning. In fact, it was not until the iconic Steyr StG 77 (otherwise known to most of us as the “AUG”) that the military bullpup gained widespread recognition. 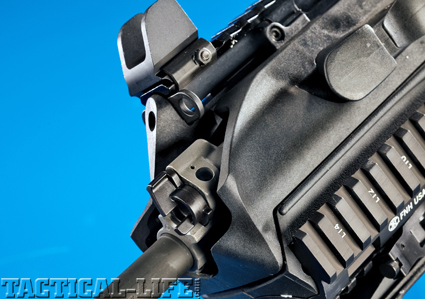 The CQB’s gas regulator, located forward of the stock assembly and offset to the left of the barrel, features two setting—“Normal” and “Adverse.” The latter is used with low pressure ammo or when the gun is heavily fouled. 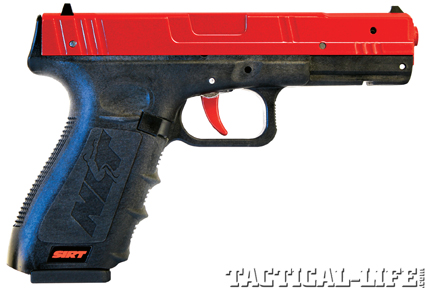