Future of the 6.8x43mm SPC Ammunition

by Chuck Taylor
in Ammo, Gear
0 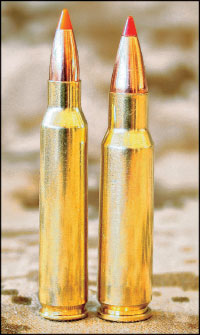 The FMJ-bulleted 5.56x45mm NATO (.223) has for most of its existence been the subject of much criticism about its poor manstopping capabilities and its inability to penetrate light cover. Initially, back in the early ’60s, the rifle for which it was chambered (the AR15/M16) featured a 1-in-14-inch twist, which barely stabilized the then-standard 55-grain FMJ-BT bullet in flight. When it struck anything, it instantly destabilized and tumbled, making it capable of producing horrendous wounds despite not being a frangible bullet. 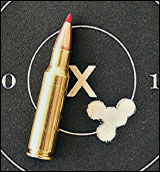 Initial battlefield tests with it by US Special Forces in 1960 to 1961 showed that it was controllable in fully-automatic fire and allowed one to carry more ammunition without increasing the weight of his basic load, but did, in fact, blow the heck out of whomever was misfortunate enough to be shot with it. These are all great characteristics for a lightweight infantry rifle, and it’s understandable that some enthusiasm was quickly generated toward its adoption.