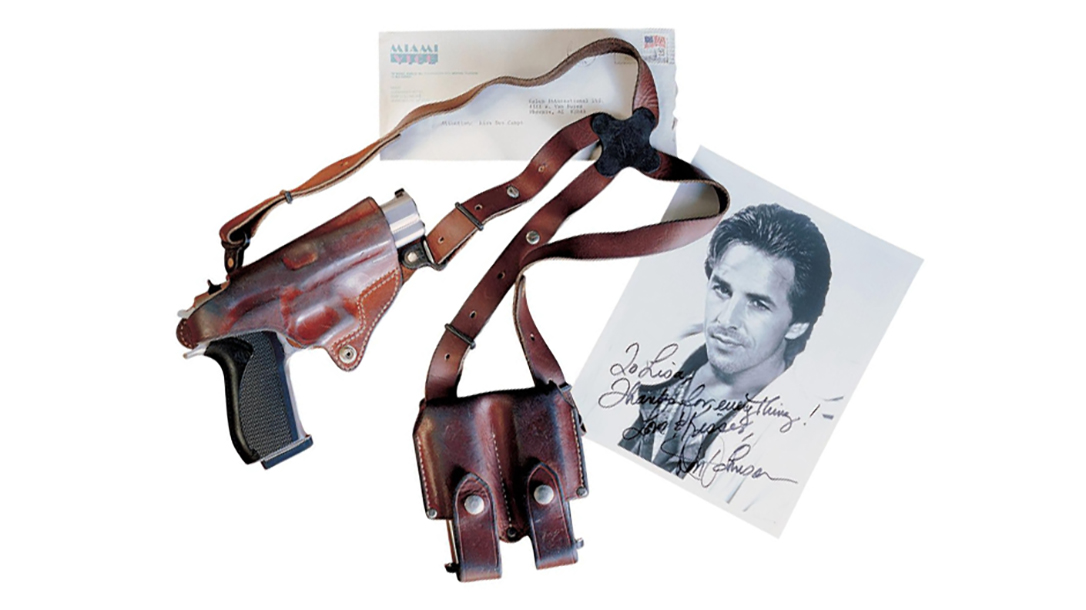 It was 1984 and director Michael Mann was hard at work on a new TV show set in Miami. Mann had previously directed the James Caan film Thief, and the propmaster for that movie had outfitted a minor character with a Jackass Rig from The Famous Jackass Leather Company. Mann thought that such a dramatic and photogenic holster rig would be ideal for the hero of his new show – a vice detective named Sonny Crockett – portrayed by Don Johnson. 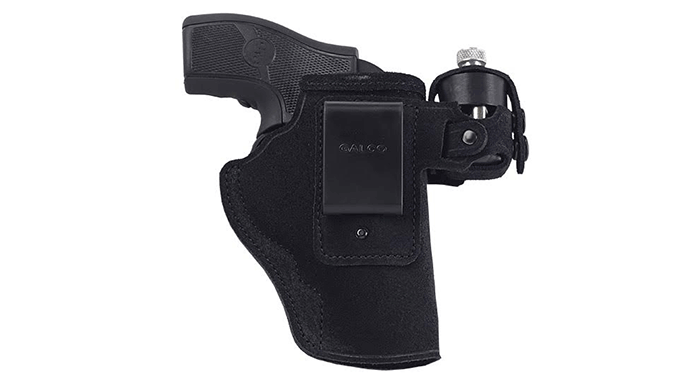 However, by the time production on “Miami Vice” began, Propmaster Charlie Guanci was unable to contact The Famous Jackass Leather Company. In 1980, Jackass founder Rick Gallagher had changed the company name to Galco – the Great American Leather Company – and in 1983 had moved it from Chicago to its present home in Phoenix. In the days before the internet, this made it quite difficult for Guanci to track down the holster Michael Mann wanted Don Johnson to wear!

Desperate to get a facsimile of the Jackass Rig for Mr. Johnson to wear, Guanci approached a local holster maker who tried to replicate the design. Unfortunately for that holster maker, Don Johnson refused to wear his imitation Jackass Rig. In fact, he wanted to switch to a belt holster. The holster copy was uncomfortable and printed through Johnson’s signature Armani suits. It limited his movement, and failed to conceal the character’s big Bren 10 pistol.

Attempting to locate parts to better emulate the Jackass Rig, the local holster maker was finally able to find Galco. When pressed, he admitted the true purpose behind his inquiries: to obtain hardware. He wanted to replicate the Jackass Rig and create a holster Johnson would be comfortable wearing.

Custom Fit, on the Fly

Galco phoned Propmaster Guanci, who requested that Rick Gallagher – Galco’s president and designer of the Jackass Rig 14 years earlier – fly to Miami with a genuine Jackass Rig like the one used in Thief. Gallagher boarded a plane and headed straight to the set in Miami. He custom-fit Johnson with a new Jackass Rig.

Don put on the new Jackass Rig and declared, “It fits like a glove.” At that moment, Galco’s Jackass Rig became the Miami Classic – destined to become the most copied shoulder holster system in the world.

A company really can’t ask for better advertising than this. Its product appeared as a “recurring character” on the most popular drama on network television for years on end. The Miami Classic became a household name among gun owners. The holster’s fame put Galco “on the map” as the world’s premier maker of practical concealment holsters.

As Richard Gallagher commented earlier this year at Galco’s 50th anniversary celebration, ”When I designed that first horizontal shoulder system for a real Chicago police officer back in the early 1970s, I’d have never guessed that a fictional vice cop would make it famous!”

Sometimes, ladies and gentlemen, fact is indeed stranger than fiction!

For more information on the current Miami Classic, visit galcogunleather.com. 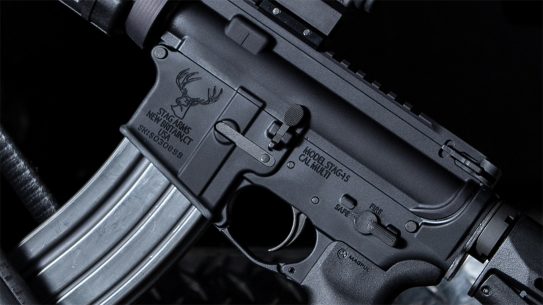 Stag Arms has announced its relocation from Connecticut to Wyoming, becoming the third company...