0
SHARES
0
VIEWS
Share on FacebookShare on Twitter
Edna Buchanan, one of the best at true crime reporting and crime novels alike, came out of the closet as both an armed citizen and an unabashed fan of cops after she left the anti-gun Miami Herald newspaper. Her excellent story collection from 1992, “Never Let Them See You Cry,” contains much true-life police action and cop lore. It also contains a quote worth memorizing: “Policemen are soldiers who act alone, soldiers are policemen who act in unison.” – Herbert Spencer. 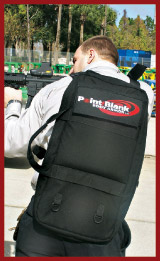 As has been mentioned so many times in this space, the first responder is, at least for a while, the only responder. When you have to do it all alone, as Spencer so aptly described, the best possible equipment can sometimes make the difference between life and death.