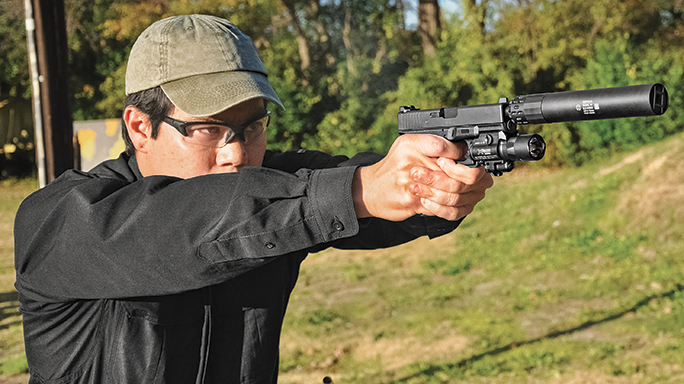 1 of 3
Silent Nine: Gemtech’s Ultra-Quiet GM-9 Suppressor
At the range, the GM-9 ran reliably on a Glock 19 Gen4 9mm equipped with taller sights for sound suppressor use. 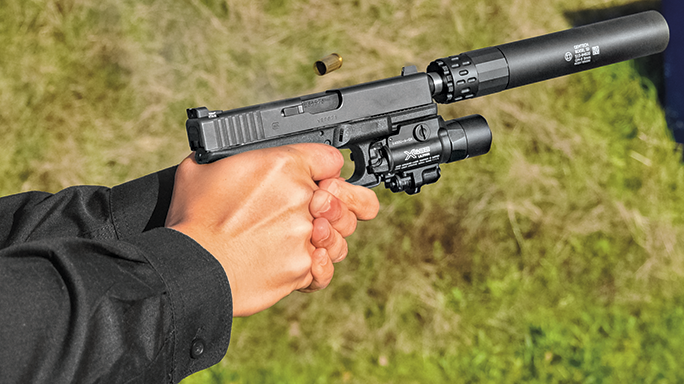 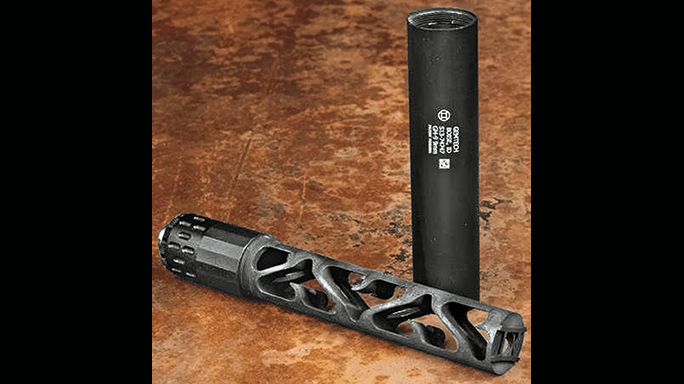 3 of 3
Silent Nine: Gemtech’s Ultra-Quiet GM-9 Suppressor
The GM-9 weighs only 5 ounces, thanks in parts to its G-Core design. 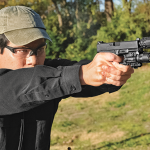 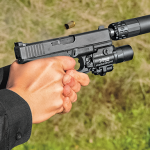 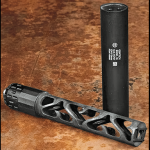 Gemtech opened its doors in 1993 and immediately made an impact on the sound suppressor market. The company’s founders brought many years of experience and a progressive attitude to the manufacturing process. “Through the use of CNC machines and robotic construction methods,” the company quickly became a leader in the industry. In recent years, the company has benefitted from the explosion in the suppressor market. In the process, Gemtech has built a loyal list of clients in both the commercial and government/military markets.

In January of 2016, Gemtech announced a change in ownership and management.  Ron Martinez was named as the new CEO of Gemtech, a while former CEO, Tom Collins, took the position of President. Tom Collins is a veteran of the special operations community. Collins served as an ODA commander with the 12th Special Forces Group. Blake Young retained his position at the company’s lead engineer who, not surprisingly, goes by the moniker of “Q.”  Casey Foster, the Special Projects Director also remains in place.  Foster has been instrumental in the recent rebranding and new marketing program at Gemtech.

Located in beautiful Boise, Idaho, Gemtech has experienced tremendous growth with triple-digit increases in previous years. Under Collins’ leadership, the company has doubled its staff, invested in new machines and upgraded its production facilities. At the heart of the new face of Gemtech is its line of G-Core suppressors. Young worked with Greg Latka, Gemtech’s manufacturing supplier, to produce the new monocore design that has been specifically engineered for maximum sound reduction. Young used computational fluid dynamic software to optimize the dimensions of each chamber within the monocore. Each chamber has been specifically engineered for the heat and pressure in that part of the core. This engineering included adjusting spacing, angles and shapes to make a more efficient sound uppressor design.

The G-Core line of suppressors includes the GM-22, GM-9, GM-45 and GMT-300. New materials and coatings have been used to improve the lifespan of these suppressors, and the monocore design allows for easy cleaning by the user. All G-Core suppressors are designed to accept a standard socket size for disassembly, eliminating the need for special tools. The user manuals and packaging have also been redesigned, and every suppressor now comes with a carrying pouch.

I was able to spend several days visiting Gemtech. The visit included a tour of the company’s facility along with a range trip to evaluate the GM-22, the GMT-300, the GM-9 and the GM-45. More recently, I received a GM-9 and promptly used it to evaluate the 9mm Springfield XDM 4.5-Inch Threaded Barrel model.

The GM-9 is full-auto rated for 9mm ammo as well as subsonic 300 Blackout ammo from a 7.5-inch or longer barrel. When it comes to dimensions, the GM-9 is 6.5 inches in length (without the mount), 1.25 inches in diameter and a mere 5 ounces in weight. The G-Core is machined from 7075-T6 aluminum and features three, large Y-shaped baffles with a small blast baffle and a triangular end baffle. The combination of reverse and recurve angles works to cool and slow the gases. The end cap is integral with the core and is relieved with the Gemtech logo. The aperture is square to allow a socket driver to be used to remove the core from the tube.

Gemtech sells suppressors as well as a complete line of accessories. To test the GM-9, I used a Glock 19 Gen4 with a threaded barrel and requested the requisite 13.5×1 LH metric piston from Gemtech. I had previously equipped my G19 with an aftermarket Warren Tactical Sevigny rear sight with a single tritium insert. When combined with a higher front sight blade, the sights aligned flush with the top of the GM-9.

Obtaining the best possible performance from a 9mm suppressor requires quality subsonic ammunition. In the past couple of years, I have used HPR subsonic ammunition almost exclusively when running suppressed 9mm pistols. HPR’s EMCON line uses HyperClean technology to produce clean and quiet ammunition. The company offers two loads in 9mm, a 147-grain FMJ and a 147-grain JHP. I ran the GM-9 with both HPR loads and Winchester’s 147-grain SXT load.

Evaluating suppressors outside of a laboratory is always subjective. According to Gemtech’s data, the GM-9 provides between 27 and 32 decibels in sound reduction. I did find that the GM-9 tended to have a significantly louder first-round “pop” than my Gemtech Tundra. This is a result of the monocore design, which is inherently louder than a traditional K-baffle suppressor. We mitigated this by introducing a small amount of water into the blast chamber. CLP or a similar lubricant or wire pull gel can also be used, and they are equally effective. Both HPR loads averaged 922 fps while the Winchester SXT averaged 1,030 fps. We shot groups with all three loads from 10 yards. Shooting with both eyes open, we were able to produce groups that ranged from 1.51 inches with the HPR FMJs to an impressive 0.6 inches with the Winchester SXT ammo.

Gemtech remains committed to producing quality products, providing excellent service and engaging in progressive research and development. The company is working on plans to move into an upgraded manufacturing facility in the near future. This will consolidate all of the company’s Boise operations under one roof and improve service and distribution. I look forward to my next visit to see how the company has grown and improved. For more information, visit
gem-tech.com or call 208-939-7222. 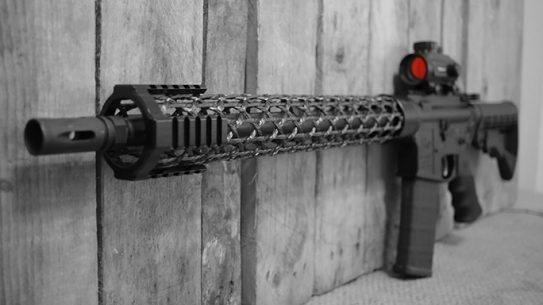 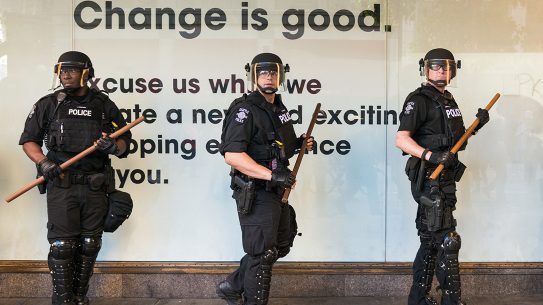