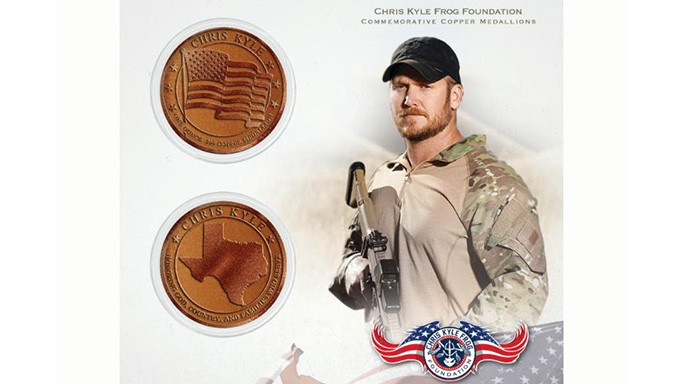 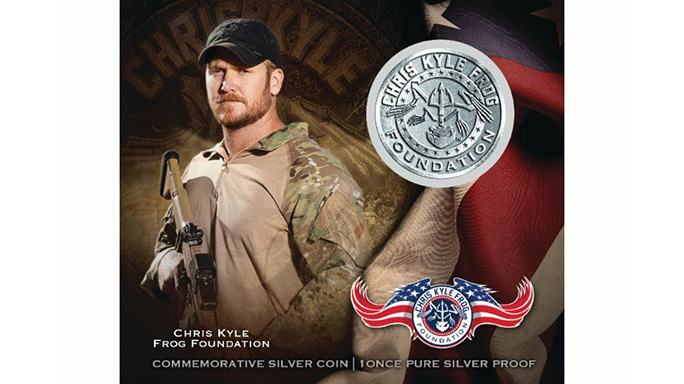 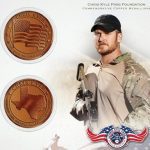 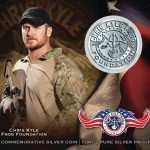 The most lethal sniper in American history, Kyle repeatedly put his life on the line to protect his fellow troops in battle, earning two Silver Stars and five Bronze Stars for his unsurpassed valor and courage under fire. Kyle told his story in a bestselling memoir that was later adapted into a box office record-breaking film.

“Coinage is more than a collectible. It’s a form of art that preserves a moment in history and tells a story to future generations. We wanted to be a part of presenting something lasting and of heirloom quality that is symbolic of Kyle’s story, something that can be treasured and passed down from grandparents to grandkids, for generations to come,” said Charles Stevens, Global Monetary Reserve’s Chief Operating Officer.

The 1-ounce Chris Kyle Frog Foundation Commemorative Silver Proof Coin is composed of .999 fine silver. Stevens said these exquisitely finished coins display a billowing American flag on the obverse, or heads side, and the official Chris Kyle Frog Foundation logo rendered in rich detail on the reverse. The logo is an intricate melding of the tattoos worn by Kyle, which symbolizes his respect for fallen comrades and his love of God.

The 11.340 gram Chris Kyle Frog Foundation Copper Medallion Series is a set of two rounds composed of .999 pure copper. Each features the Foundation logo on the reverse, with the American flag on the obverse side of one coin and Kyle’s home state of Texas on the other.

A series of uncirculated 1-ounce .999 fine silver rounds and bars or 1 ounce copper rounds are also available. Each finely finished piece is stamped with the Foundation logo with the American flag wings.

A significant portion of the proceeds from these commemorative collections will directly benefit the Chris Kyle Frog Foundation in its mission to serve military and first responders through a variety of programs, including Revitalization Retreats. Revitalization Retreats represent a unique opportunity for military and first responder families to downshift from the intensity of mission-focused life of service and reconnect.

“These precious metal works of art are a wonderful way for us to celebrate the one-year anniversary of our Foundation,” said Taya Kyle, executive director of the Chris Kyle Frog Foundation. “They are a valuable remembrance of Chris’ legacy of service and our commitment to serving the families who serve our country so heroically.”

Presales of the above pieces are available at GMRgold.com. Those interested can also call 877-795-9585. 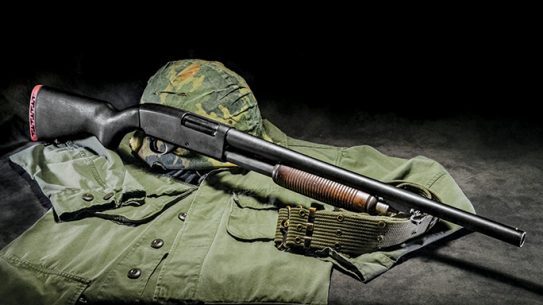 The rare 12-gauge Stevens 77E, an unsung hero of close-range combat in the jungles...