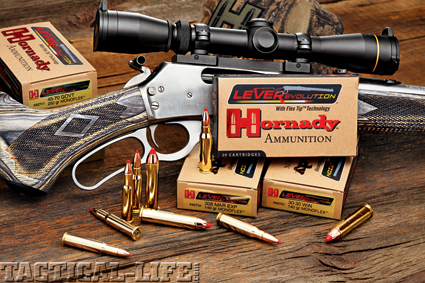 New this year is the LeverEvolution line featuring MonoFlex bullets, a tougher version of the original FlexTip that allows spitzer bullets to be used in traditional lever action rifles.

I believe it is safe to say that over the past two decades no other company in the shooting/hunting world has been more dynamic, more innovative, than Hornady. From modest beginnings in a rented garage in Grand Island, Nebraska, in 1949, where company founder, Joyce Hornady, began making .30-caliber bullets on a surplus assembly press, the company has grown to where it now employs nearly 300 people and occupies 110,000 square feet of production space. In a matter of hours, a single press—of which there are many now—turns out more bullets than Joyce’s entire first-year production.

I believe I first met Joyce Hornady at the NSGA Show back in 1970, before the shooting sports broke away from that organization to organize a trade show of its own—today’s SHOT Show. I knew Joyce only on a professional level until 1978, when he and his wife, Marvel, joined my wife, Judith, and I on a safari to South Africa. We then traveled to Southwest Africa (now Namibia) and hunted there for a while. The following year, the four of us booked yet another safari, this time to Zambia. 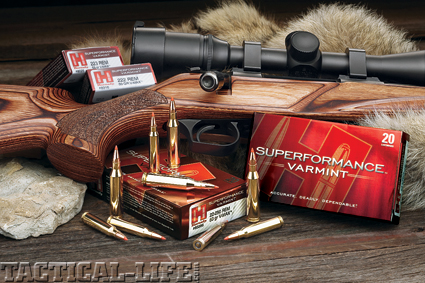 Lessons Learned
I have many fond memories of those three hunts, but two little anecdotes stand out in my mind. Once, while sitting around the campfire one evening on the banks of the Luangwa River, our two PHs in camp started talking about how lousy .458 Win. Magnum factory ammo was. I forget now if it was Remington or Winchester ammo they were talking about, but they both contended that the 500-grain soft points did not hold together worth a damn on shoulder shots on buffalo. Little did they know that it was Joyce who was supplying that bullet as a component to both companies for loading in their own respective brands! Joyce never let on that it was his bullets they were talking about, but the first thing he did upon returning home was to double the jacket thickness on all of his soft point bullets from .375 caliber on up. 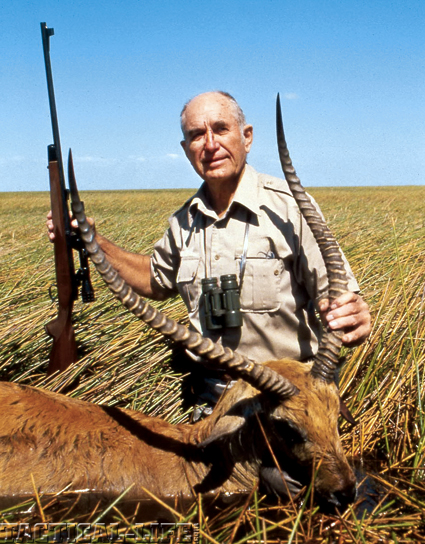 The author took this picture of Joyce Hornady on a Kafue Lechwe hunt in Zambia, South Africa, in 1979. 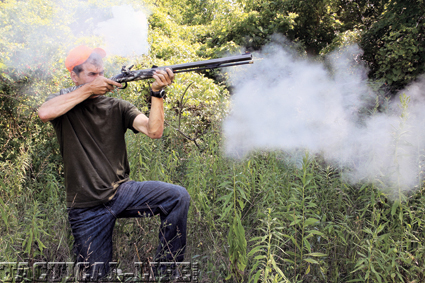 New this year is the LeverEvolution line featuring MonoFlex bullets, a tougher version of…