by Tactical-Life
in Gear, Holsters
0 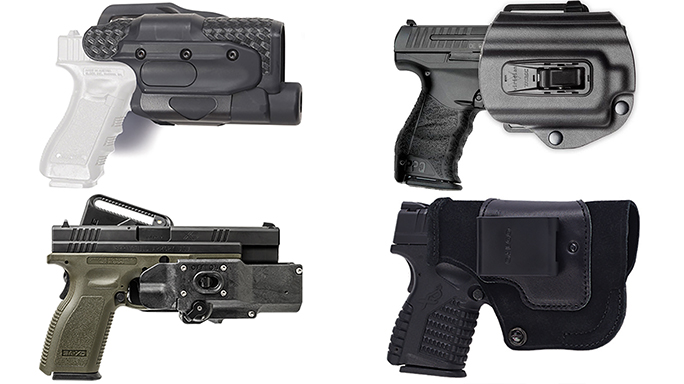 According to the presser, the QRS Salvo comes standard with a Vantage OWB Belt Holster and a four-piece magazine panel that uses the M4 Mag Stacker in configurations that include Dual Pistol Mag Holders & M4 Rifle Mag Holders.

“The Mag Stacker has been on our radar for some time. We recognize the importance of maximizing available space along the waistline, carrying additional rifle or pistol magazines while adding minimal bulk. This system works for professionals who need to carry additional payload or for anyone who would like to spend more time shooting and less time reloading mags at a course or on the range,” High Threat Concealment design engineer Nick Pastros said.

The QRS Salvo also ships with HTC’s Tactical Cobra Belt, which is a two-piece design that holds your gear in place while allowing for quick attachment and removal. Users also have the option of adding belts like the Low Liz Battle Belt. You can also upgrade your underbelt to HTC’s Everyday Tactical Belt (EDT), which is touted as a comfortable belt that offers a quick-attach foundation for HTC’s modular gun belt systems.

HTC’s QRS Salvo is made from premium grade Boltaron and is available in black or flat dark earth. The holsters are custom made to the user’s make and gun model. Most aftermarket features and weapon mounted lights can also be accommodated.

The modular rig is available starting at $450.