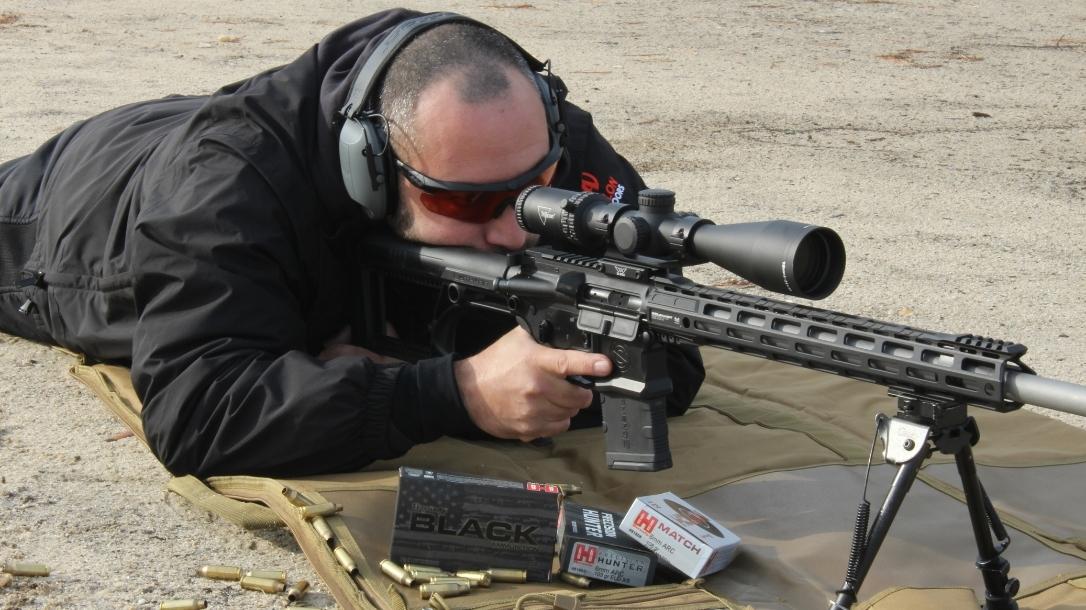 Several cartridges have been introduced over the years to try to remedy the lack of downrange energy and effective range of 5.56/.223 with limited success. Most would say that the 6.5 Grendel is the most prominent of the bunch, but even this cartridge runs out of steam at around 800 yards. The answer to that cartridge was the .224 Valkyrie, which cranked range to an eleven, but the projectiles didn’t have much ass when they got to these extended distances. The answer to these two issues was pretty much staring Hornady’s engineers in the face and with a little influence from the Department of Defense, they kicked one right between the goalposts with the Hornady 6mm ARC. 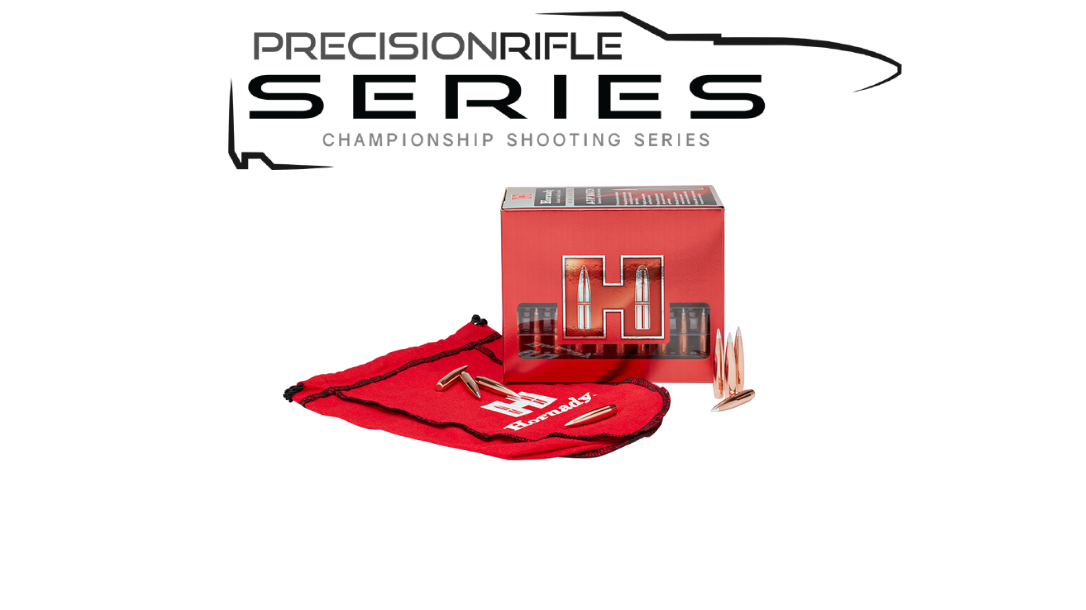 The 6mm Advanced Rifle Cartridge represents hundreds of lessons learned Hornady through the years. Its sights are set on being the most versatile cartridge that you can chamber an AR-15 in. By not having to go up to the larger AR-10 platform, shooters get to enjoy the lighter rifle weight and recoil. Additionally, they share more interchangeable parts with other shooters on the range (or in their squad). The 6mm bullet is the middle-ground between 5.56 and 6.5mm. It pulls a little of the best from both worlds by being driving faster and retaining more energy.

These qualities increase a shooter’s effective range and also add the ability to defeat intermediate barriers. These slippery little bullets are also known to be better resistant to wind displacement. However, they’re still delivering a level of recoil that allows for the triggerman to spot their own impacts. This still works even the close ranges and/or high scope magnifications. These features set the 6mm ARC up to be a favorite for target shooters, competitors and hunters. So, Hornady created a load to accommodate each of these needs. I fall into every one of these categories. I was certainly interested in taking all of these loadings to the range for a little T&E. However, I was missing a key component: a gun.

Building a 6mm ARC to Test

As I am no stranger to building an AR-15, I can put one together in short order. I started with one of SilencerCo’s new ambidextrous receivers and a host of parts from Brownell’s. I had my lower receiver together in less than an hour. For the barrel, I decided to go with a heavy 22-inch with a 1-in-7 twist from Ballistic Advantage. Some previous testing concluded that this is the length where velocity returns per-inch-of-barrel-length start to diminish.

I topped the rifle off with a Trijicon Tenmile 6-24x optic. This rifle was destined for long-range at some point in its career. For a mount I went with a Warne one-piece mount from its Vapor line. These are great to keep the weight down and are easy on the wallet. Moreover, they position the scope at the perfect height for an MSR. This allows me to use a stock that doesn’t need a cheek riser. The buttstock in question was a less expensive Luth-AR MBA-2. The Luth-AR stock is more rugged by design, perfect for animals like me who don’t care to baby their gear. After capping things off with a Caldwell XLA bipod, it was time to take all three loadings to the range.

The white-box Match line is Hornady’s most discriminating rifle food, featuring its highest-grade bullets and powders. The 6 ARC loading in this line is built on a relatively heavy-for-caliber 108-grain ELD Match projectile. The ELD Match bullet features Hornady’s heat shield tip. We averaged 2,633 fps from our sample. We also fired three-shot groups that all beat the MOA benchmark with longer five-shot strings hovered slightly over MOA. Cycling was trouble-free and recoil was much closer to 5.56 than it was 6.5 Grendel, allowing us to shoot quite a bit with no punitive repercussions to the shoulder. After finishing our groups at 100, we turned a box loose onto a full-sized Caldwell IPSC that was previously placed at 1,040 yards and connected with 18 out of 20 rounds. This certainly made me a believer and demonstrated in spades the value of trading off short-range accuracy and wind-beating capability.

Hornady’s Black line runs its best through the AR-15 platform by using specially selected propellants and bullets. It serves the black-rifle community by being a less-expensive alternative to match-grade ammo. Additionally, it’s not sacrificing enough to be considered undesirable range junk. The 6mm ARC loading here features a 105-grain BTHP projectile that surprisingly is only a few points lower in BC than the tipped 108-grain ELD Match. When fired out of my test build, I achieved an average velocity of 2,615 fps, which wasn’t much different from what we got with the Match loading.

Also surprising was the fact that this proved to be more accurate than the Match round, with 100-yard five-shot groups measuring as small as .96 inches. After wrapping up the close stuff, we dialed in nearly the exact same elevation and achieved an admirable long-range hit rate with 17 out of 20 smacking center mass on our steel. Not bad for “the cheap stuff.”

As the 6mm ARC retains a great deal of energy at extended distances, it makes an excellent choice for hunting. The AR-15 is light on the back and easy to shoot offhand, so there is no reason not to consider building or buying one chambered in this cartridge for your next medium-game rifle. After all, grandpa took many a deer with his .243 Winchester so 6mm is certainly adequate for whitetail. If you decide to hunt with this modern “.243,” Hornady Precision Hunter will be there waiting for you with a 6mm ARC load that contains the companies praised ELD-X bullet.

This 103-grain bullet also features the heat-shield tip. It performs much like its Match counterpart, except that it expands once it contacts tissue. In our testing, we averaged velocities north of 2,600 fps. Every group was more than tight enough to ensure an ethical hit on deer-sized game within conventional hunting distances. We reduced our long-range test distance to 500 yards for this round but also cut our target size down to just 12 inches. In this scenario, we were able to put 19 out of 20 rounds on steel with the nagging suspicion that “someone” pulled the one that didn’t connect.

My range time left me thoroughly impressed with both the rifle’s performance and the 6mm ARC’s as well. I loved that the least expensive ammunition shot the tightest. Thus, giving me a solution to extended long-range sessions while the Match load is capable of scoring that extra hit. It also tells me that this rifle is going to be very responsive to a bit of load development. I’d be a liar if I said I haven’t already been researching dies and powders. Another noteworthy observation is that all three rounds shared the same point of impact at 100 yards. That’s a tough feat to accomplish.

Not having to get to the range to re-zero in between tasks takes a lot of the headache out of owning a multi-role rifle. While versatility exists in the cartridge world, versatility on command is rare indeed. I am not entirely sure what Hornady plans to do next with the 6mm ARC, one thing is for sure; they can pick any direction they want to go with it. For more information, visit hornady.com.

Bullet weight measured in grains, average velocity in feet per second (fps) by chronograph, energy in ft. lbs. and accuracy in inches for best five-shot group at 100 yards. 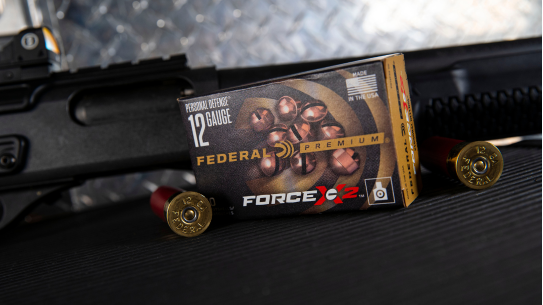 The Federal Force X2 buckshot is a new twist on the tried and true...