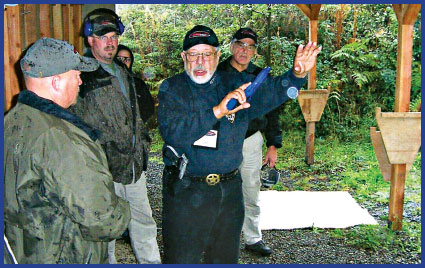 It was with sadness that the American law enforcement and shooting fraternity learned of the untimely death of James Cirillo, 76, of West Edmeston, New York. Renowned New York City Police Officer (ret.), trainer and author, Jim Cirillo was killed around 7 pm on Thursday, July 12, 2007 in a two-vehicle accident in Madison County, New York.

After reading about Jim for years, I finally met him at a SHOT Show several years ago, and found out we had a lot in common. Jim was an outgoing guy and had a great sense of humor. He was an avid shooter and a real “gun guy,” and he also was quite an outdoorsman. We exchanged many e-mails in the years that followed, most of them law enforcement related and some of them jokes. Unfortunately, living far apart, Jim and I rarely got together, except for running into each other at some police get-together, and that is regrettable.