by Rich Grassi
in Knives
0 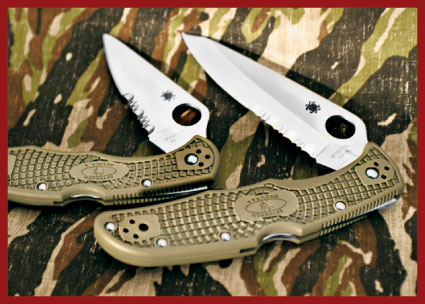 Spyderco’s Endura and Delica first appeared in 1990. Lightweight folders, reasonably priced, that featured one-hand opening, they sold well. I carried a black Delica for much of the 1990s while on duty. It was replaced by a Spyderco Police Model.

A pair of new versions arrived recently. I noticed that, unlike my early Delica, the new knives have metal pocket clips. Attached with three screws, the clip can be moved end-to-end. Both blades arrived ready for tip-up carry.