by Pat Rogers
in Knives
0

0
SHARES
0
VIEWS
Share on FacebookShare on Twitter
When World War One started in August 1914, both sides had sizeable air services, but there were no fighter planes. This changed in 1915 when Roland Garros, a French pilot, installed a fixed machine gun that fired through the propeller arc of his French Morane Type L monoplane. Bullets that struck the propeller were deflected by steel plates. Armed with a Hotchkiss machine gun firing 8mm solid copper bullets, Garros tested the device in April 1915. He scored six victories in three weeks before his engine failed and he crashed behind the German lines. 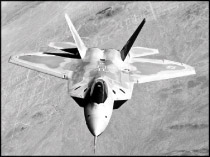 The Germans captured Garros’ plane, found the machine gun and quickly tried bullet deflectors on a Fokker monoplane. However, the steel jacketed German bullets were much harder than French copper bullets and tore the Fokker’s propeller to pieces.