by Tactical-Life.com
in Knives
0 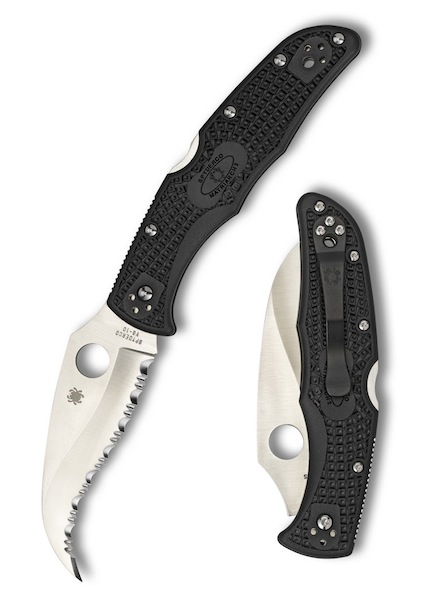 The Matriarch2 is a dramatic new knife that traces its lineage to one of Spyderco’s oldest and most unique designs: the C12 Civilian. The Civilian was developed in response to a request from a U.S. federal law enforcement agency whose agents were regularly involved in undercover narcotics operations. In many cases, their undercover status made it impossible for them to carry firearms, so they wanted a knife that could serve as a potent defensive weapon when wielded with gross motor skills and a minimum of training. Spyderco’s founder, Sal Glesser, designed the original Civilian to meet this need and in the process earned a patent on its distinctive Reverse “S” edge profile. This sinuous edge shape maximizes the cutting potential of the blade by forcing the material being cut to move longitudinally along the curves of the edge as pressure is applied with the blade.

The Civilian design evolved over the years, but as a limited-production item and one of the world’s most visually dramatic folding knives, it always attracted great interest. In the late 1990’s, Spyderco’s South African distributor requested a more economical version of the Civilian. Due to the high crime rate in South Africa, he felt it would be an ideal personal-defense tool. Spyderco responded by mating a Civilian-style blade to the fiberglass- reinforced nylon (FRN) handle of our popular Endura model. The result was the first Matriarch.

The Matriarch2 brings this concept up to date by integrating a Civilian-style blade with the handle of our improved Endura4 design. The handle’s full-skeletonized stainless steel liners provide an outstanding balance of strength and lightweight, while its injection-molded FRN handle boasts Bi-Directional TexturingTM for a superior grip in even the most demanding conditions. A sturdy back lock mechanism locks the blade securely in the open position and a Boye dent in the lock bar helps prevent unintentional lock release. Screw-together construction and phosphor- bronze washers ensure maximum precision and smooth operation. 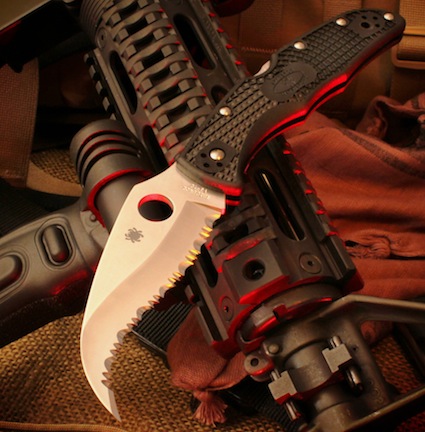 The blade of the Matriarch2 is hollow ground from VG-10 stainless steel and features the signature Reverse “S” edge profile of the classic Civilian, which is scientifically designed to maximize cutting performance with all areas of its edge. Its point is thicker than the Civilian for increased strength and strategically shaped to nest discreetly into the handle in the closed position. A trademark Spyderco Round Hole provides positive one-handed deployment of the blade with either hand, ensuring that the user can get the knife into action quickly and reliably. The Matriarch 2 also offers unmatched versatility with regard to carry options. Its four-position hourglass clip is adjustable for left or right-side tip-up or tip-down carry. Together with the lock operation and blade hole, this feature makes the Matriarch2 completely ambidextrous and an ideal choice for left-handed users or armed professionals who prefer support-side carry of their knives.

Spyderco’s Matriarch2 combines the unique heritage of our legendary Civilian with the proven design features and economical construction of our best-selling Endura4. The result is a knife that offers powerhouse-cutting performance in a practical everyday-carry format. MSRP $129.95. Spyderco.com.