7 Elite Tactical Folding Knives That Are Both Impressive and Functional

by Steven Dick
in Gear, Knives
0

I was sitting at a SHOT Show press room table with a couple of other magazine editors a few years ago when one of them held up his wrist to show me the watch he was wearing. It was obviously one of those common, inexpensive, digital models—much the same as what I had on at the time. His comment, though, kind of caught me by surprise: “I can see your publisher doesn’t pay you any better than mine does me!” Up until that point, it had never really occurred to me that people in my profession were passing judgment on my status based on the watch I wore. 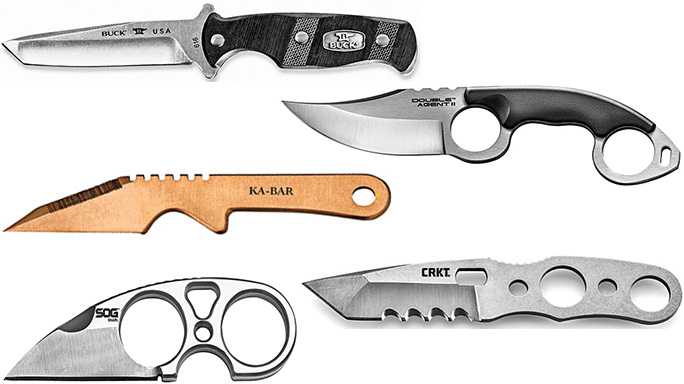 While I knew the gold standard for “successful in your field” was a Rolex watch prominently displayed on your wrist, the honest truth was that the writing business really doesn’t produce much opportunity to own one of these luxury Swiss timepieces. Eventually, I settled on a Ball Hydrocarbon. You might say wearing the watch to an industry trade show was an experiment, but I was soon surprised at how many people were asking, “Is that a Ball you have on?”

So what do watches have to do with tactical folding knives? Once you gain entry to the world of indulgent timepieces, you quickly notice another obvious fact: The same people wearing those high-end Swiss watches take their folding knives just as seriously.

Now, the conventional wisdom is that custom tactical folding knives are bought by people that think of them as an investment and would never actually use them. I’m here to tell you that is not necessarily true. A well-worn, high-end tactical folding knife can be just another way of saying “I’ve made it. Have you?” My personal example of this is the Bob Terzuola folder I have carried for almost three decades on at least four continents.

There are some that feel Bob actually invented the category of tactical folding knives. His knives are often plain but elegantly functional at the same time. I first decided I needed one after seeing how many of my ex-Ranger brothers that had moved on to other “agencies” carried a Terzuola. Bob’s following has exploded since the early ’90s, and today you need to have your name drawn out of a box at a show for just the chance of purchasing a $1,000-plus folder from the maker. That doesn’t mean you can expect to see mine being retired anytime soon.

Given that there are dozens of potential knife choices these days, I’m setting a few rules for the folders included in this feature. First, the maker needs to be well known and have a following. Second, the minimum blade length is 3 inches. I feel anything under that is too small for heavy use or self-defense. Third, the blade steel should be a modern, high-performance alloy. Fourth, while the handles may be top tier, they should still be functional. The scars a working tool picks up have a beauty all their own and are more impressive to the educated eye than pure bling.