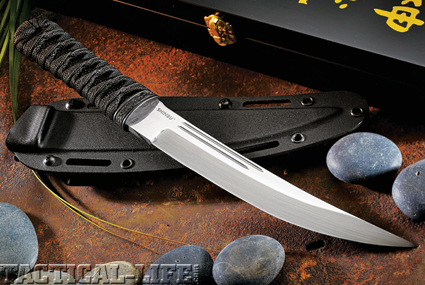 The definition of a true “tactical” knife can be a very elusive thing. While many consider them to be a modern development, one can easily argue that historical edged weapons and tools were every bit as “tactical” as modern knives. In fact, since warrior cultures that thrived before the age of firearms used edged weapons as their primary arms, it’s likely that they had a deeper understanding of fighting with blades than we do today. And if that were the case, it would seem that we would have a lot to learn from traditional martial knife designs.

When it comes to edged weapons, few cultures elevated them and the technique of their use to a higher level than the Samurai of ancient Japan. The quality of traditional Japanese bladed weapons is legendary and the evolution of their designs throughout Japan’s history brought them to what many believe is the pinnacle of efficiency. With such a reputation of excellence, it would seem that they would be the ideal template for modern tactical knife design. That inarguable logic is the basis for Columbia River Knife & Tool new Shinbu fixed-blade knife. 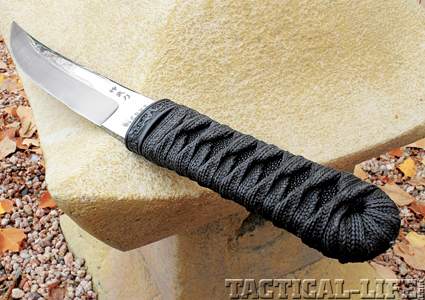 A full tang covered with rayskin and cord wrap provides a traditional-style handle that is still fully functional in modern combative application.

Divine Valor
The Shinbu (translated in the product literature as “divine valor”) was designed by James Williams, a former U.S. Army officer and highly accomplished martial artist with more than 45 years of experience in the fighting arts. The President of Bugei Trading Company, Inc., a business dedicated to providing old-style, combat-worthy swords to serious users, Williams has trained extensively in the Japanese, Okinawan, Chinese, and Filipino martial arts. He also has an extensive background in the grappling arts and Russian systems; however, he is best known for his knowledge of the Samurai traditions, which is a product of his study with legendary modern masters such as Don Angier, Kuroda Tetsuzan, and Okamoto Seigo. 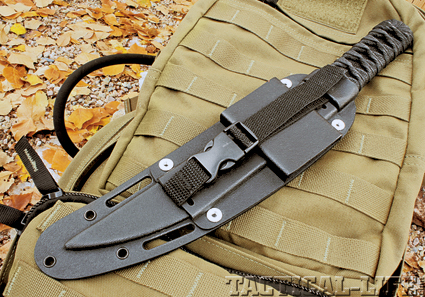 The Shinbu’s sheath is beautifully molded Kydex that supports a variety of carry options, but is best suited for handle-up wear.