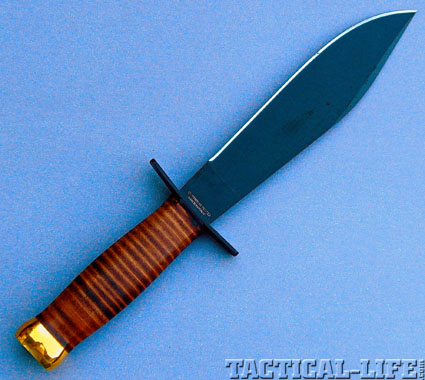 I’m a big fan of Extrema Ratio knives for a couple of reasons. The first one is practical: the ones I use a lot have held up well and take an edge readily. My second reason is less practical: Extrema Ratio has a strong relationship with the Italian special operations community and makes the knives used by most of the units. In many cases, it is a knife tailored especially to the unit’s needs. Since I came into knife collecting through my interest in the Fairbairn-Sykes dagger, the link between elite units and elite knives has always been of special interest to me.

Retro Combat Knife
The latest Extrema Ratio knife with a special operations connection is a retro blade harkening back to the re-emergence of a legendary Italian unit after World War II. Italy’s most elite units during World War II were its combat swimmer units, known for their audacious raids against allied shipping. In their most famous raid, members of the Decima Flottiglia MAS (10th Assault Vehicle Flotilla) sank two British battleships in Alexandria Harbor. Members of the Decima Flottiglia MAS also sunk other naval ships using manned torpedoes, frogmen, and small, fast boats. At the time of the Italian surrender there was a planned mission to insert Italian frogmen into New York Harbor to destroy shipping. Some Italian combat swimmers fought on the side of the Allies after the Italian surrender and helped British swimmers develop many of their tactics. Today’s combat swimmers such as the US Navy SEALs owe their heritage to the Italian combat swimmers of World War II. 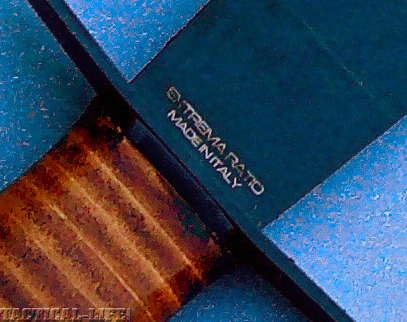 After World War II, the Decima Flottiglia MAS was disbanded and Italy was not allowed to form a unit for underwater special operations. However, some World War II members of the unit remained in the new Marina Militare and helped form the core of the Gruppo Operativo Incursori—the post war Italian naval special forces—once Italy became a part of NATO. By 1960, the unit would be named COMSUBIN (Commando Raggruppamento Subacquiei ed Incursori Teseo Tesei), the designation still used for the unit.