0
SHARES
39
VIEWS
Share on FacebookShare on Twitter
The Apparo follows the lines of a classic Vietnam War custom pilot survival knife. While it would be a lot of steel to pack around for an infantryman, a pilot can let his chopper do the work until the knife is needed. And when that time comes, this knife will be there for you!

I think Rambo has a lot to answer for when it comes to having made hollow-handle survival knives a running joke in cutlery circles. While it is not common knowledge, knives with hollow “match safes” in the handle have been around at least since the 1930s. When Vietnam heated up, custom knifemaker Bo Randall worked with an Army medical officer named George Ingraham to create the classic Model 18, a hollow-handle survival weapon intended for helicopter crews. Ingraham’s theory was that the hollow-handle knife might be the only item he would have time to escape a helicopter crash with. With that in mind, he had an extremely well thought out plan as to what his handle should contain that included a multi-layer wrap on the tube handle of wire, cord and tape. Along with the intended flight crews, I personally know of several of these knives that were carried in my own Ranger company. I don’t recall anyone ever saying they had a problem with the knife failing under hard field use.

The First Blood Curse
In 1982, First Blood, the original film in the Rambo series of movies, was released with the main character carrying a custom Jimmy Lile hollow-handle survival knife. As someone that has actually used one of Lile’s handmade Rambo knives, I can say it was a first class piece of equipment. Of course, it was nowhere near as magical as the movie made it seem. If the instantaneous fad for hollow-handles could have stayed focused on the Lile knife and a few other of the better made customs, this class of blades would probably have not been subjected to the ridicule it was soon to suffer. Unfortunately, every offshore maker in the business raced to see who could make the cheapest version. Soon, no truck stop was complete without a counter full of “genuine” $1.99 sawback marvels complete with a compass on the handle the size of a doorknob. 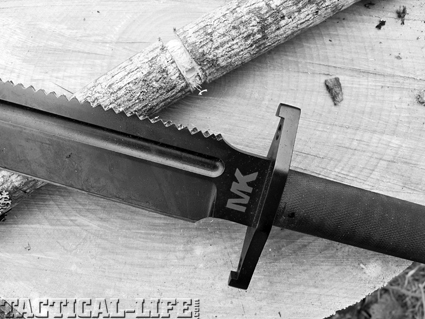 You may not be able to build a cabin with the sawback, but the teeth are handy for times when wood needs to be notched. By sawing a shallow ring around a pole it can usually be broken off cleanly in a precise location.

Given all the ridicule that was then heaped on hollow-handle survivals in general, few custom makers wanted to go anywhere near the category for many years after that (Chris Reeve’s one-piece models remained the major exception to the rule because it was next to impossible for that design to fail). But then I recently noticed that Martin Knives, well known for making retro 60s pattern customs, had their own take on the genre. They submitted a knife for review: the “Apparo,” something of a hybrid between a Randall Model 18 and a Lile First Blood. 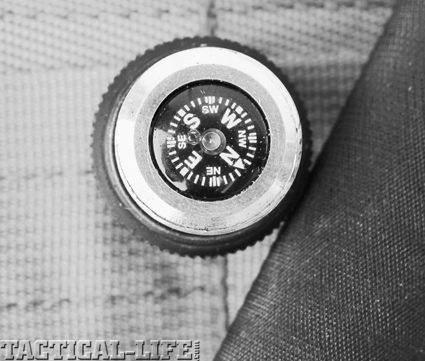 A high quality liquid-filled compass is concealed under the cap on the hollow handle. While it might not be my first choice for land navigation, it never hurts to have a backup in an emergency.