I’m a SureFire fan. It’s not due to the high-quality of their product, though this is certainly true, but an incident from many years ago that made me loyal to the brand. In the early 1990’s I was introduced to John Matthews at a trade show and he handed me a small black flashlight he called a “6P.” It put out so much light for its size I could not help be impressed. I used the light for a number of years with great success until one day, while executing a search warrant the light was broken while climbing a ladder to a crawl space. Keeping my head low, I raised the light into the opening only to snag my raid jacket sleeve, which resulted in my dropping the light. In short the bulb burst and I backed away from the opening until another light could be secured. I sent the light back to the factory with a note of what happened and asked if I could get it fixed. Several days later I received a call from Mr. Matthews himself telling me that not only would the light be fixed, but wanted to know if I was okay! SureFire has grown by offering cutting edge products that solve problems, not just look cool. While not inexpensive you get what you pay for with customer service that has been, in my experience, outstanding. 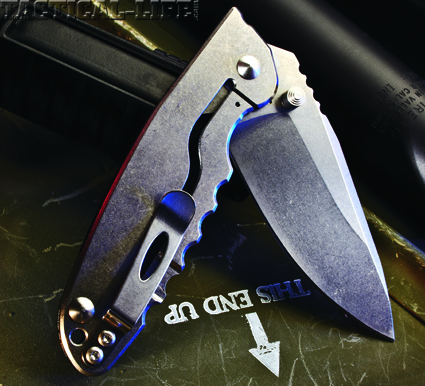 Cutting Edge Cutlery
As SureFire grew their product line diversified, and along with lights came a full line of tactical gear, which of course, included knives. Their first model was a fixed blade that looked to be tough enough to tear down a house. I had one of these knives for years (Echo Model) and used it hard. When I retired I gave it to a friend who is still on the job and assigned to SWAT. I spoke with him recently and he told me he had used the knife for everything from prying doors to cutting flex-cuffs and the Echo shows no real sighs of wear. As good as the Echo has proven to be, many operators prefer folders as they are easier to tuck away in a pocket or pouch and make the transition to off-duty, uniform patrol, hiking, biking, routine recreation or just opening a present at a birthday party with less “drama” that does a fixed blade. 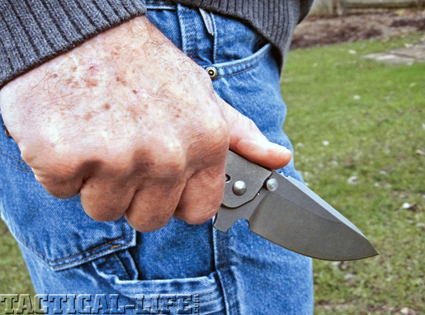 The dual thumb stud/finger flipper deployment system offers options other knives do not have. The author found deploying the Charlie to be easy; remove knife from pocket, engage the index finger flipper/finger guard, once the blade is locked open, “shoot” index finger down which helps rotate hand into a sabre grip.