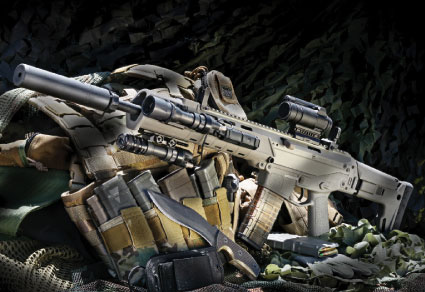 After most of us thought we’d seen it all, Magpul brought their new Masada tactical rifle to Orlando in February at the 2007 SHOT Show. Officially called the Masada Adaptive Combat Weapons System, it didn’t take more than a second to see that this was not just another 5.56mm NATO rifle. Blending the best materials with state-of-the-art production methods, the Masada also combines new ideas with proven operating principles to bring a truly advanced rifle to the 21st century. 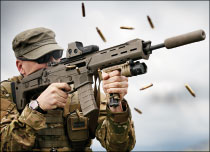 Gun Details
Initially produced in 5.56x45mm NATO caliber, the Masada will likely be produced in several other calibers to include 7.62x39mm (already produced), 5.45x39mm, 6.8x43mm SPC and 6.5mm Grendel, just to name a few.

Operating by a short stroke gas piston, the Masada uses a typical multi-lug rotating bolt and carrier. However, the rifle has many surprises, and it will be exciting news for both American law enforcement and the US Military as well as friendly foreign countries. Recently, I went to Denver for a look at Magpul and a hands-on test of the Masada.