by Caleb Giddings
in Gear, Knives
0

I was sitting in the cab of an unarmored Toyota Hilux in the Middle East with my buddy a little bit over two years ago when I said “when we get back, I’m getting myself a present. I want one of those John Wick knives.” We had watched John Wick 2 probably 100 times on that deployment, and I decided I needed a Microtech Troodon. 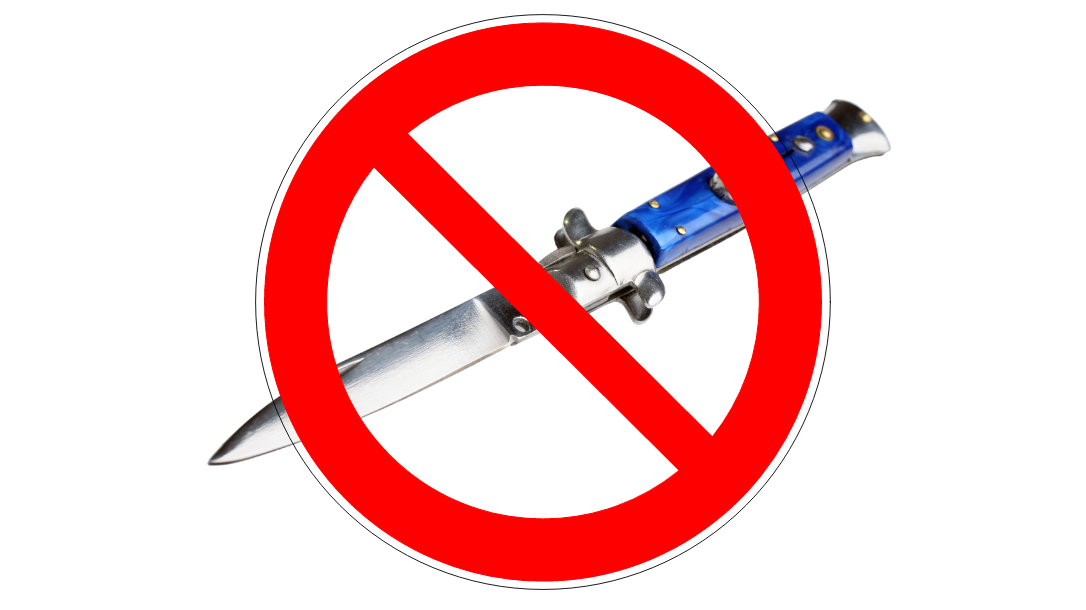 If you live under a rock and haven’t seen John Wick 2, I’ll set the table a bit. He’s selecting his weapons for this impossible hit, and at the end of the armorer scene he gets a Microtech OTF (out the front) knife. Later in the movie he uses it to kill another assassin in a fairly dramatic subway knife fight. It’s all pretty awesome, and the push-button in/out nature of an OTF automatic knife was immediately intriguing to me. Despite having a bunch of knives that I’ve acquired through a career in the outdoor industry, I’m not really a “knife guy.” So the Microtech would be the first knife that I really researched and purchased because I wanted it.

Researching the knife was really easy. It turns out Microtech has an excellent (and well deserved as we’ll see later) reputation for quality products. I talked to a couple of knife guys I do know, they said Microtech is awesome, and that was that. I loaded up my credit card and ended up purchasing a Microtech Troodon D/E in red. D/E stands for Dual Edge. The dual edge blades are double sided – there’s a cutting surface on both sides of the blade. Mine is also partially serrated, because as I said to my buddy in the truck “that looks sick, right?” Lastly, it’s red because red is my favorite color. My holsters are red, my motorbike is red, you get the idea. I also learned that a Troodon is a type of small, bird-like carnivorous dinosaur that had wicked claws. Neat.

Step 2: What is This Thing For

When I returned to the States I immediately starting carrying the Microtech Troodon as my every day carry (EDC) knife. I tossed my Spyderco in a drawer and clipped the Troodon into my pocket. I immediately ran into a problem, because I didn’t know what this knife was supposed to be for. See, in John Wick, he uses a much larger Microtech as a fighting knife. I didn’t get the big Combat Troodon, I got the smaller one, because it seemed more livable. But it wasn’t going to replaced my fixed blade Clinch Pick as my actual self-defense knife, but it also seemed a little weird to use a $400 automatic knife to open Amazon packages. Opening Amazon packages is the principle duty of all of my pocket knives, you see, and one that my multiple Spyderco Enduras have performed extremely well.

One thing it was great for, however, was as a very dangerous sort of fidget spinner. I’d find myself flicking the blade in and out, in and out, in and out, as a distraction when thinking. Sort of like a how normal person clicks a pen, except with more risk of accidental injury. Good thing I work from home, I guess.

Step 3: Figure Out if the Microtech Troodon is a Good Knife

We’ll get back to what the Troodon is supposed to be for in a minute. It’s a GREAT knife. It’s extremely well made, when it came out of the package it was unbelievably sharp, it feels great in the hand, it’s really just a wonderful thing. Holding the knife is like holding a really nice watch – there’s an undeniable feeling of quality to the Troodon. If you were wondering how durable the OTF automatic mechanism is, well remember that red motorbike I mentioned earlier? I crashed it with the Microtech Troodon D/E in my pocket. Critics of automatic knives always say that they’ll open without user input, right? During a 35 mph crash, not only did the Troodon not open, it stayed clipped to my pocket. Then it functioned just fine following the crash.

I know a vehicle crash isn’t really a “torture test,” but short of clicking the open/shut mechanism 10,000 times by hand, it seems pretty applicable to me.

Step 4: But Really, What is The Troodon For?

We know it’s built to last. We know it’s razor sharp. It looks cool and John Wick had one like it. But it took me a while to figure out what it was for. See, it turns out all those cool features mean it’s for one thing: to give to my son some day and say “I carried this in my pocket for 20 years, and now it’s your turn.” So it doesn’t matter if I use it to open Amazon packages (I do), and if I never knife fight an assassin on a New York subway with it.

What actually matters? It’s a high quality, American made product. I love holding it and I love using it. It might offend knife purists, but opening Amazon packages with this knife is awesome. I even used it once to cut a steak when the restaurant steak knife was garbage. Those are things that matter. Someday this won’t be my knife anymore, but until then, I’m glad that all those years ago, sitting in a truck in the desert, I decided I wanted a present.