Gems for 2017: An Inside Look at Gemtech’s New Suppressors

by Rob Garrett
in Gear, Suppressors
0

After being in the industry for over 30 years, I have come to appreciate the relationships I’ve made and the opportunities I have been afforded. One of those is the relationships is with the great folks at Gemtech. Last year, I was invited to the company’s facility in Boise, Idaho, to get a closer look at a number of new products that were under development. At the time, several of these were embargoed under a non-disclosure agreement. Gemtech’s CEO, Ron Martinez, was quick to note that these projects would not be released until they were ready. I am pleased to see that several of those products have been introduced for 2017.

The first products that excite me are the 5.56mm and 300 Blackout Integra integrally suppressed upper receivers. The Integra was first developed for a United States Special Operations Command (USSOCOM) request for a suppressed upper receiver group (SURG) to upgrade existing M4 lowers for continuous suppressed operations. The Integra 5.56 upper contains a 10.5-inch barrel, a proprietary expansion chamber and a removable G-CORE baffle. The core is machined from 6AL4V titanium, which is both lightweight and durable. The Gemtech/NEMO Arms gas block eliminates the majority of the blowback, making the Integra more comfortable to shoot. The overall length for both chamberings is 16.1 inches, and each requires only one tax stamp for the suppressor.

During my visit, I had an opportunity to shoot and sound test the prototype Integra 5.56 and Integra 300 BLK. For a baseline, we shot M885 military ball ammunition in an unsuppressed carbine, which had a report of 160 decibels. With the Integra 5.56, the sound signature came in at 139.8 decibels at the muzzle for a sound reduction of 25.9 decibels. For reference, anything under 140 decibels is considered hearing safe. We did not measure the sound signature at the shooter’s ear, but the company states that the production Integra uppers measure 131 decibels from that position.

The Integra 300 BLK features the same construction with a .30-caliber G-CORE unit. With 220-grain subsonic ammunition, the Integra 300 BLK measured 128.4 decibels at the muzzle. For both government and private users, the Integra offers excellent sound suppression with a properly gassed and tuned upper for reliability. Both uppers also allow the user to remove the G-CORE for easy cleaning. As with other G-CORE units, the muzzle aperture is square in shape so shooters can use a ratchet to remove and reinstall the core.

During my visit, I also had an opportunity to shoot a little Aurora suppressor. The Gemtech Aurora is a micro 9mm suppressor that is a mere 3.3 inches in length, 1.12 inches in diameter and weighs 30.2 ounces.

Originally developed for military and government use, the Aurora utilizes eight neoprene wipes that are tightly packed in its tube with aluminum spacers between each wipe. To improve performance, the wipes are coated with lithium grease when the Aurora is “packed.” The size and light weight of the Aurora eliminates the need for a booster or Nielsen device.

Using 147-grain FMJ subsonic ammo in a host Glock 19, the Aurora measured 129.5 decibels with an average reduction of 30.4 decibels. Those who follow sound suppressors will appreciate the significance of this performance. The only drawback is that the internal components are controlled items, and the private user cannot possess extra wipes. While this is not an issue for government and military users, this is why Gemtech did not offer the Aurora to the general commercial market. However, a short time later, a limited number of Auroras was released to the Silencer Shop in Austin, Texas. These quickly sold out, indicating that there was indeed a commercial demand for the little unit.

So, Gemtech has launched the Aurora II for the commercial market. Gemtech engineers replaced the internal components, specifically the neoprene wipes, with a newer material that is effective for up to 50 rounds, with the majority of the shots measuring below 140 decibels. For non-government users, owners can return their Aurora II to Gemtech, where it will be repacked for less than $50.

One other feature really caught my attention: The new Aurora II is threaded on both ends! One end is threaded for 1/2×28-tpi muzzles while the other end is threaded for metric 13.5x1mm left-hand threads. This is possible because the Aurora II is a direct-thread unit, and the packing makes it bi-directional. This ingenious design makes the Aurora II compatible with the two most common thread pitches and most host weapons. The MSRP for the new Aurora II is $399, making it very affordable for those who want the smallest production 9mm suppressor on the market.

In recent years, Gemtech’s pistol suppressors have utilized the company’s monocore G-CORE design. G-CORE suppressors include the GM-22, GM-9 and GM-45. This line was a result of a government request for a user-serviceable centerfire pistol suppressor.

Last year, I was able to evaluate a GM-9, and I also did some sound testing with it during my trip to Boise. The GM-9 is full-auto rated for 9mm ammo and can also be used with subsonic 300 Blackout rounds from a 7.5-inch or longer barrel. Dimensionally, the GM-9 is 6.5 inches long without its mount, 1.25 inches in diameter and a mere 5 ounces in weight.

The G-CORE itself is machined from 7075-T6 aluminum and features three large Y-shaped baffles with a small blast baffle and a triangular end baffle. The combination of reverse and recurve angles works to cool and slow the gases. The end cap is integral with the core and is relieved with the Gemtech logo. The aperture is also square so a socket driver can be used to remove the core from the tube. When we tested the GM-9 with subsonic 147-grain FMJs, it measured 133.1 decibels for a 26.8-decibel reduction. This can be further reduced with the use of an ablative.

However, while the G-CORE line is very popular, a monocore will never be as effective as a traditional baffle design. The new LUNAR-45 offers customers another option. The .45-caliber LUNAR-45 is another new design from Gemtech. In its full-sized configuration, the LUNAR-45 is 8.5 inches long with a 1.375-inch diameter. Its core is made of up of a series of baffles that can be easily removed by the end-user for cleaning. The LUNAR-45 can also be reconfigured by removing the end module. This shortens the overall length to 6.9 inches and reduces the weight from 11.3 to 10.1 ounces.

As with other Gemtech suppressors, there are a number of mounting options to meet the needs of the individual customer. I have not had the opportunity to test the LUNAR-45, but Gemtech’s data sheet lists the long version at 129 decibels while the short configuration measures 136 decibels. Both of the measurements follow the new standard of being measured at the shooter’s ear. To that end, I’m sure this will be a successful design for Gemtech, and a 9mm version is in the works.

In the way of accessories, Gemtech has introduced a four-lug, quick-detach mounting system for .22 LR weapons. The Gemtech 22 QDA is a universal adapter for rimfire suppressors and consists of a four-lug muzzle adaptor that threads directly onto a 1/2×28-tpi-threaded barrel. The 22 QDA mount works for all rimfire silencers in .22 LR and .22 WMR, thus you can switch firearms quickly. The package includes the adapter, muzzle device and installation wrench. This will definitely increase the fun factor and help eliminate any chances of cross-threading.

While not new for 2017, the Dagger has received several upgrades. The Dagger is an all-titanium, .30-caliber suppressor that features an Inconel blast baffle. This can is also a direct-thread design for reduced dimensions. The Dagger is 8.8 inches long, 1.5 inches in diameter and weighs 15.3 ounces, making it both shorter and lighter than some comparable .30-caliber suppressors. It is rated for .300 Winchester Magnums with 18-inch or longer barrels. It will also handle .308 Winchester rounds from a 12-inch or longer barrel and 5.56mm NATO or 6.8 SPC weapons with a10.3-inch or longer barrel. The updated Dagger is designed to allow the unit to be easily welded and pinned to a rifle. Gemtech rates the Dagger to provide an average sound reduction of 28 decibels.

Another interesting new product is the Trilogy set, which comprises three of the company’s most popular suppressors—the GM-22, the GM-45 and The One. This set will give the owner the ability to suppress any firearm chambered in .22 LR up to .300 Winchester Magnum. The Trilogy suppressors are packaged in a Pelican/Storm hard case with a custom foam insert. 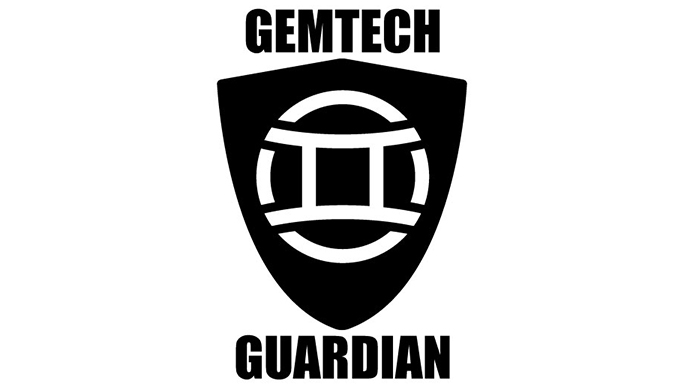 Gemtech also recently launched a program to show support and gratitude for first responders and members of the military. Called the Guardian Program, it is open to sworn federal, state and local law enforcement (active or retired); corrections, probation and parole officers; military personnel (active or retired), including members of the National Guard and Reserves; firefighters, EMTs and paramedics; and judges, district attorneys and their deputies.

Anyone that is eligible must provide a valid form of identification such as a DD214, active identification card or credentials, or a signed affidavit. Under the Guardian Program, Gemtech will offer a substantial discount on any of its products.

Finally, after several years of planning, Gemtech has broken ground on a new headquarters building. This is a much-needed expansion for the company’s manufacturing capabilities as well as its corporate offices. There is a lot more going on at Gemtech, and I look forward to a hands-on evaluation of the Integra 5.56 and Aurora II in the near future.