by Mike Boyle
in Ammo, Gear
0

A generation ago, rifles in law enforcement were pretty much limited to tactical specialists. The concept of a patrol rifle had not caught on yet and the few ARs that were out there filled a very narrow niche. Very little thought, if any, went into ammunition selection. More often than not, .223 rifles were fed 55-grain ball ammunition. 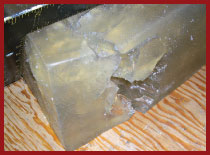 Over the years, the landscape has changed quite a bit. Semi-automatic .223 rifles are now available to patrol officers. Many tactical teams have gotten away from subguns, and are now using short barrel M4s for entry and perimeter work. The .308 is still the round of choice for precision rifles, but more .223 rifles are being used in that role as well.