14
SHARES
80
VIEWS
Share on FacebookShare on Twitter
The matte black AAC Recon is designed for covert missions. The pistol has serrations inspired by AAC’s suppressors, Nighthawk’s slim AlumaGrips, and an integral rail for accessories like the SureFire X300 weaponlight.

In 2010, Nighthawk Custom and Advanced Armament Corporation (AAC) joined efforts to bring a “suppressor ready” 1911 to market. Both companies have earned a share of their respective markets. AAC is one of the dominant forces in the suppressor market and Nighthawk Custom produces one of the best production/custom 1911s available. The result of this partnership is a custom 1911 that incorporates the quality of Nighthawk with the personality of AAC. Recently, I had a conversation with Mark about the new-railed version of the AAC 1911 based on their Recon frame. He snagged one of the new pistols off the line for this article. 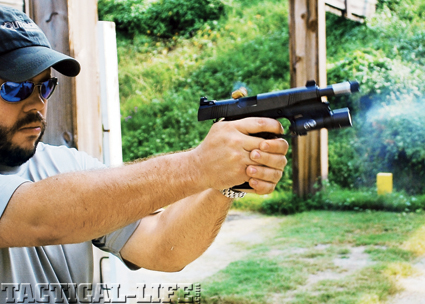 Gun Details
The basic foundation of the AAC Recon 1911 is pure Nighthawk. It is a full-size, 5-inch-barreled Government model that is built around the quality Nighthawk forged frame and slide. The final machining of the forgings is completed at Nighthawk’s facility. The frame and slide are precision-fitted and hand-lapped to produce that “glass on glass” feel. 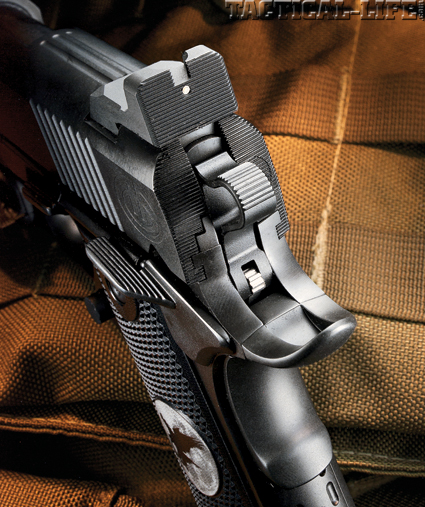 Nighthawk Custom’s latest Recon, a collaboration with AAC, features an extended beavertail with a speed bump to prevent hammer bite, and the Heinie Straight-8 sights with tritium inserts have been raised for shooting with a suppressor.

The operating controls on the AAC Recon include a solid aluminum trigger with an adjustable overtravel stop, an extended magazine release, a single-sided extended safety, and a fitted beavertail grip safety with a speed bump. The frontstrap and the beavertail have each been relieved to provide a higher and improved purchase on the pistol. The slide stop is designed with a pronounced ledge to improve manipulation when releasing a locked slide or manually locking the slide to the rear. Having run a Nighthawk GRP Recon while wearing gloves, I came to appreciate this design of the slide stop. 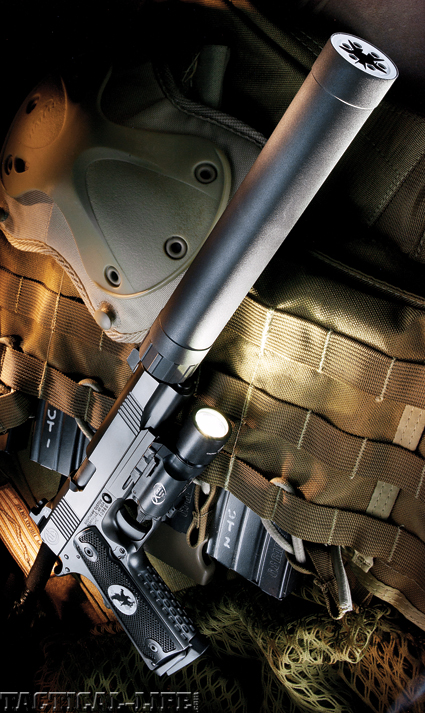 With the AAC .45 ACP Ti-Rant suppressor and SureFire X300 weaponLight mounted, the Recon is ready for covert operations. The pistol functioned reliably with all ammo tested, even suppressed.