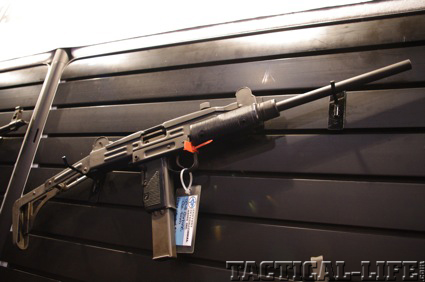 To be honest, I had really been looking forward to the NRA show this year. With the less than ideal layout issues and my wall-to-wall scheduling of appointments at the Shot Show earlier this year, I did not have a chance to look around as much as I would have liked.

Well, I looked at the 2010 NRA Annual Meeting in Charlotte, NC, as my opportunity to redress that situation. So, bright and early the first day, I set to walk the floor and see what there was to see.

Due in no small part to my irresistible attraction to Kalashnikovs, I headed over to the Century Int’l Arms booth first. Ironically, although I was there for AKs, the newest and most intriguing offering I spotted was the new UC-9, a semi-auto 9mm carbine based upon the ubiquitous Uzi. Featuring straight blowback operation and a folding steel stock, this handy little carbine should be a hit. 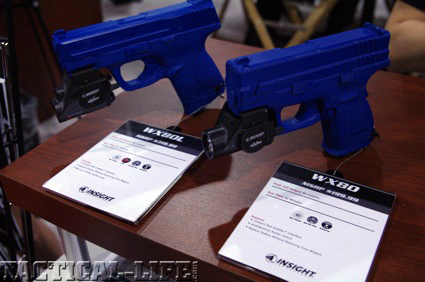 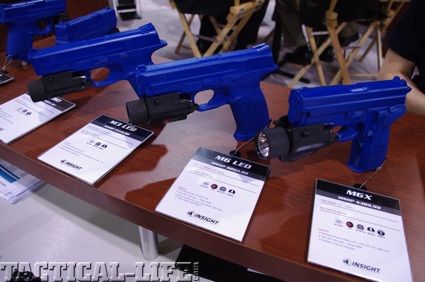 Next up was a trip over to the Insight Technology booth to take a look at their newest products. I was given a run through of their new LED Tactical Weapon-Mounted Lights, which offer bright, white light combined with lower power usage than comparable incandescent lights. In addition to being offered as complete units, Insight also plans to offer LED upgrades with all the needed replacement parts for the company’s standard incandescent units. Also new are the WX80 series of subcompact light units. 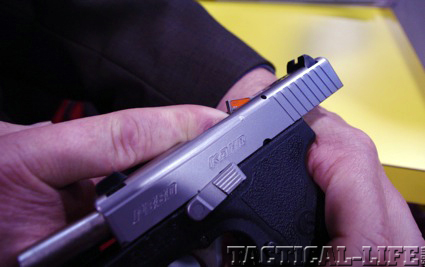 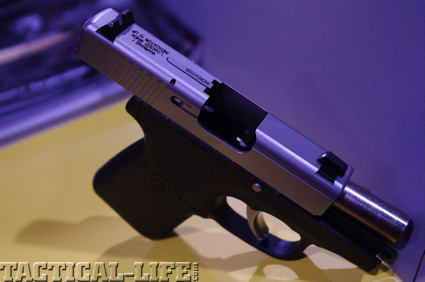 New at the Kahr booth was a California-legal variant of the company’s popular P380 .380 ACP pistol, featuring a loaded-chamber indicator and a magazine safety. While I was there, I also spotted the Thompson T1DM 1928 Display Model. This non-firing replica is a dead-ringer for the real deal and can be purchased directly off the company’s website. 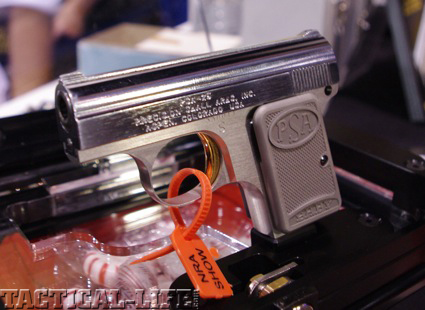 As I continued from row to row, I spotted a tiny little pistol that I thought could only be found in collector’s vaults or at auctions and gun shows—the PSA Inc. Baby Browning .25 ACP. This tiny little pistol is a beautiful recreation of the revered original, with PSA Inc. producing variants that range from blued steel models to highly ornate engraved units to a handy little lightweight model weighing in at 7.5 ounces. 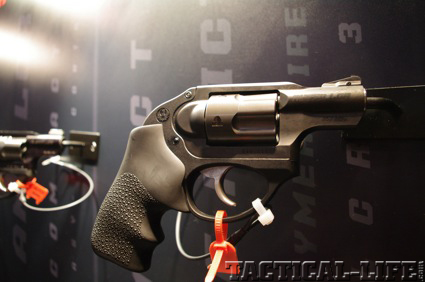 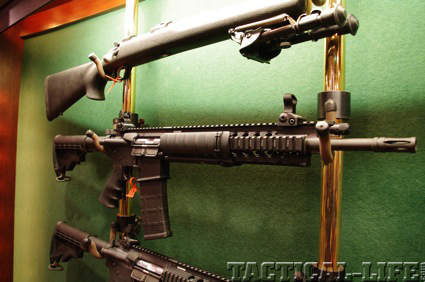 Next up was the Ruger booth, where I took a look at the LCR, a revolutionary ultra-modern pocket revolver. Although at first glance I thought it was the standard model, a closer look revealed that the one on display was a newly developed .357 Mag. variant! Also new was the SR-556C, a variant of the SR-556 5.56x45mm rifle with a 14.5” barrel sporting a permanently attached muzzle device to bring the overall length of the barrel to just over 16”. 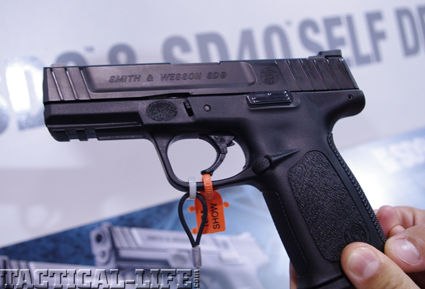 Ambling over to the Smith & Wesson booth, I took a look at the new SD series of polymer-framed pistols. Made up of the SD9 in 9mm and the SD40 in .40 S&W, these new reasonably priced pistols (with a retail price just above $400) combine elements of the M&P series and the Sigma into a new package designed for self defense 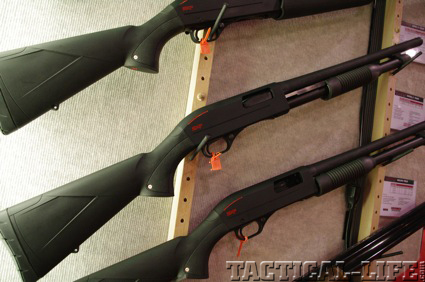 Near the end of the day, I found myself at the Winchester Repeating Arms booth. After a fast tour around the displays, I spotted the Super-X Pump Defender, a 12-gauge pump gun with a short, handy barrel and synthetic stock set that should be ideal for either home defense or tactical roles.

N.Y. Daily News profiles the women of the NRA Convention.

To be honest, I had really been looking forward to the NRA show this…