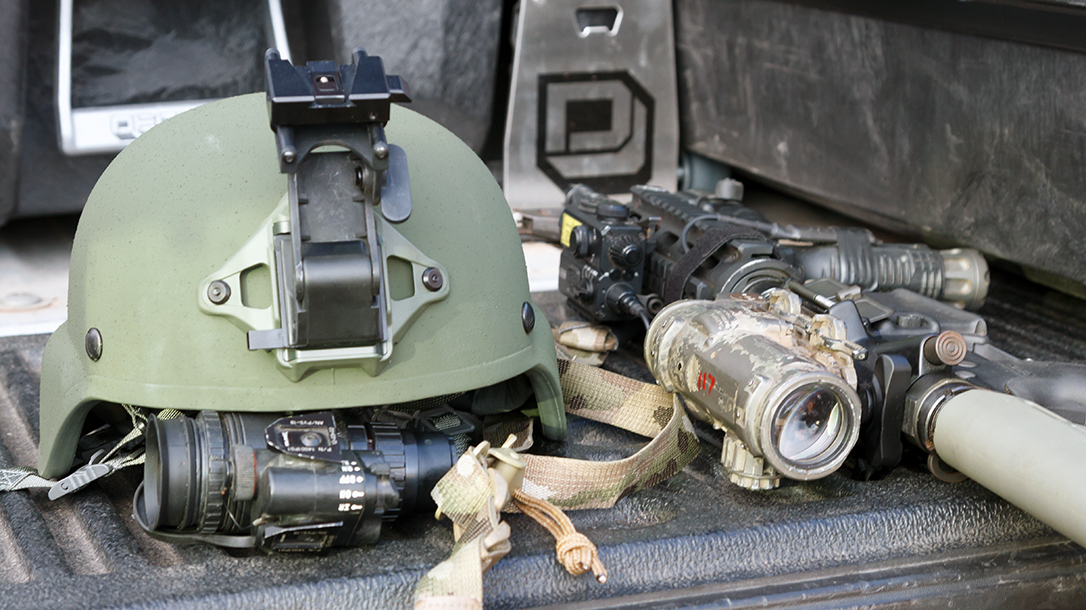 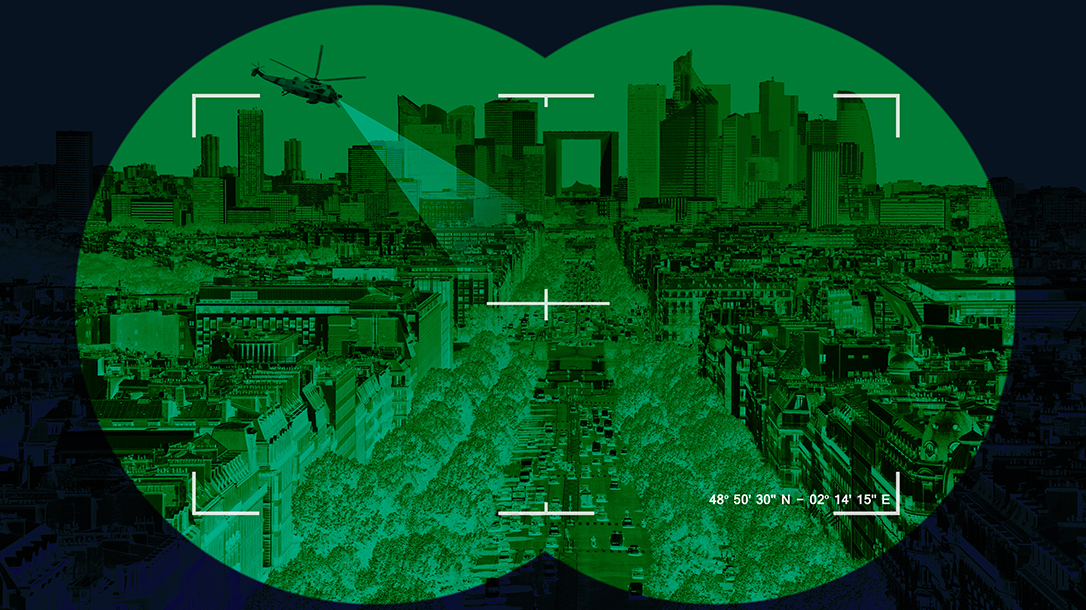 2 of 3
City in crosshairs
Modern city in the crosshairs of terrorism – Conceptual photo. 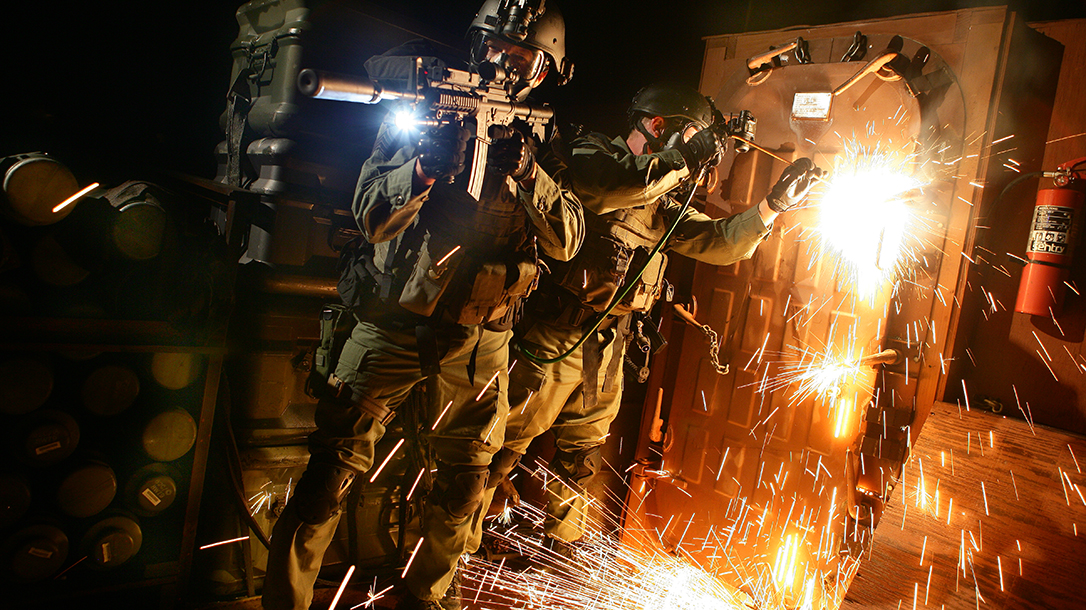 3 of 3
Operating with Night Vision 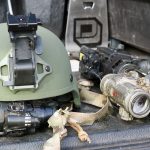 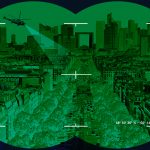 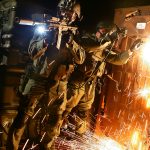 Though the U.S. military has been using night vision for decades, American law enforcement has only begun to break the surface of such gear for operations. One of the more recent, notable uses of cutting-edge technology used by LEOs was in 2013 when Massachusetts State Police used a FLIR camera from a helicopter to find one of Boston bombers hiding inside a covered boat. Very cool, but that story is somewhat of an outlier. 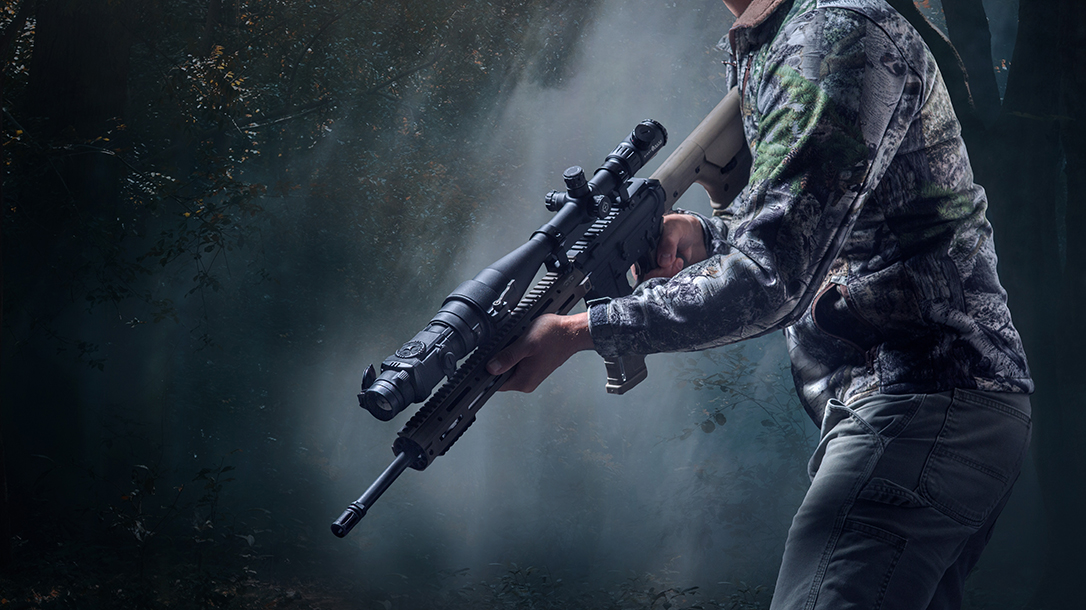 Why You Should Consider Adding a Clip On Night Vision Device

That said, many competent officers and leaders across the country simply don’t have the depth of knowledge to implement a comprehensive plan for using and training with lasers, suppressors and night vision with their current firearms. Couple that lack of knowledge with the continual budget challenges every department experiences and stealth integration gets pushed farther to the bottom of the list.

I sat down with longtime friend Lt. Mark Byrum of the Madison County, Tennessee, Sheriff’s Department to discuss these issues. Byrum is the department’s SWAT commander and training coordinator. He handles all of the equipment acquired through the federal lease program. He has been working to integrate stealth equipment into his department’s operations for years. So he’s already experienced some of the learning curve officers across the country face when they begin this process. Here are the most relevant points of our discussion.

Where is your department in terms of stealth gear, and what obstacles have you faced so far?

We got our first NODs around 2010 or 2011 through a Homeland Security grant. That grant included six PVS-14s, which is obviously not enough to equip the entire 16-man team. Since we didn’t have enough PVS-14s, we began looking for another source of equipment. The lease program we found is run through the Navy. Through that program, we were able to lease 16 PVS-18s for $4,800 per year, which is much better than having to buy that many units. But since we’re taking what’s available and don’t get to pick, the NODs and accessories don’t necessarily match. Some of the aftermarket accessories we’ve tried have been problematic with the less-common dovetail mounting components of the PVS-18. While I’ve had people tell me they prefer the dovetail, the mounts are less common, and we’ve had to retrofit regular PVS-14 mounts to fit our helmets.

We have several deputies who are former military, but they were in units that didn’t necessarily get to use this type of gear extensively. They’ve used them a little on patrol or in training, so we don’t have any in-house experts, so we’re having to reach outside to get someone to get us squared away on it. The National Guard provided us a guy, but I think he was in the same situation, where he knew just enough that they made him an instructor. He gave us some classroom stuff, some PowerPoint presentations, but we didn’t really have any practical exercises. Up to now, we’ve been somewhat self-taught. So far, we’ve only used them in training and have never been able to deploy them on an operation yet.

We don’t really know the limitations until we discover them in training. Just to learn how to navigate takes time. You have to get used to the adjustments and where everything is. If you wanted to try to open a door, you have to change your focus to the doorknob instead of something 20 to 30 feet away, where your human eye does that automatically. Just trying to walk around with an NOD changes your depth perception. Then you have the whole perception that once you get this stuff, you’re automatically like the guys in movies and can run around through here and shoot at stuff in the dark and all. Well, no, you can’t.

Before you can shoot any kind of weapon system, you’ve got to have some kind of sighting system to go along with it. Here you’re looking at another accessory that, depending on what you get, is going to cost almost as much as your night-vision device itself. So you’re looking at some sort of infrared laser coupled with a visible laser so you can easily sight it in. It has to be durable.

Some of the less expensive lasers won’t hold their zero just from firing a few rounds, so what do you do? Do you go through the time and expense to buy all these things and learn as you go, or do you reach out to other people? Sometimes you don’t know who to reach out to. You have all that to go through to figure out what equipment you really need. Then, how do you justify the expense? How much are you really going to use this? The best application we’ve found for this is to navigate up to your target and then assault the target with white light. That seems to be the smartest thing to do.

That seems like the only way for law enforcement to do it. Even the majority of our special operations troops will approach under NODs and then assault with white light.

Yeah, you hear about the guys that went in to kill bin Laden and did it under NODs. Well, how long did they train for just that mission?

The top 1 percent does that sort of mission.

Right, and you have teams like that, if they’re not on a mission, they’re training for one. Most law enforcement teams, especially part-time teams like ours, don’t get that. We’re lucky enough to get two training days per month, but with patrol staffing, we don’t get a full eight-hour day. We get four to six hours with the whole team there and then finish out with whoever can stay. There are a lot of teams that only get one training day per month, and they may not get a full eight hours.

There are a lot more important things that you have to train on, where night vision and everything related to it seems more like a luxury. If you can get the equipment and the training hours in, then yes, it’s great. You have an ability that other people don’t have. If you look at the training required and the consequences of using this gear during a mission and failing, then you have to ask if it’s worth getting into, given everything else we have to be able to do.

Have you discussed any of this with the Telluric Group or the other companies that specialize in training on night operations and equipment?

Most of the people I’ve learned from so far have been former military who have used them extensively. So far we haven’t received any formal training from anyone but the National Guard. Once again, it costs money. Everyone’s training money has been constrained over the last few years, and we have to move into this new facility that’s taking up a lot of our time and money.

What types of operations do you foresee being suited to this type of equipment?

Any time you have an extended situation like a hostage situation, it’s always going to be to your advantage to get a listening device up close to the structure the hostage-taker is holding. Night-vision capability would allow you to approach the structure in darkness to plant a listening device. Or, when you’re preparing for an assault, you can approach and place breaching charges—things like that, where you can approach quietly in the dark without escalating the situation.

Also, just placing your team members. If your negotiator can talk the suspect into coming outside to show that the hostage is alive, you could potentially have officers in position without the suspect’s knowledge in case the opportunity arises to end the situation. Also, everyone has night-vision security cameras around their houses now. Well, bad guys have them, too. If there are cameras, then they should be lit up like a spotlight when you’re looking through night vision. You can spot the guy’s cameras and either know what to avoid or where to go to disable the cameras.

So, you guys have NODs and some of the other equipment, but no formal training so far. Is that what’s next?

That’s part of it. In years past, we’ve had very low turnover on the team. About two years ago, we found ourselves in the situation where 10 of the 16 team members had one year of experience or less. So, we’ve really been struggling trying to make sure everyone is up to speed in daylight, much less trying to incorporate things at night. We have new guys still learning what they need to know. Then we hand them this new piece of gear and say, “By the way, you need to be competent with this, too.”

Have you looked at this from the standpoint of reconnaissance, surveillance or pre-mission planning where the situation is still developing?

The Metro Narcotics Division used to do their own entries. As of about three years ago, the decision was made by both parent agencies that one agency’s SWAT team or the other would do all narcotics entries going forward. Sometimes we get enough advance notice to go do surveillance beforehand, but a lot of times we don’t. When we do get enough notice, it would be outstanding to use this equipment in that way. Sometimes, the National Guard’s counter-drug unit is able to come out and do that surveillance and strictly inform and advise us on what they’ve observed. We’ve been able to get day and nighttime air assets in some cases as well.

Have you considered adding suppressors to your weapons?

We have. I definitely see a role for them, and it would be great to have them. Right now, we’ve decided that there are other things that are more important. Our body armor needs to be replaced. It’s reached its expiration date.

During the day, deputies recognize each other by their standard uniforms and marked patrol cars. Has there been any discussion of identification when working under NODs in low-light situations.

There has. We’ve discussed the need for infrared-reflective patches for our uniforms. We’ve not discussed anything for the vehicles yet. Right now, we don’t have any sort of individual identification patches. As far as being on scene or in a stack, we all look the same. We’ve discussed some way to recognize who is who. We do have some of the surplus infrared strobes. But that’s going to alert the suspect if they happen to have cameras that see infrared light. The patches would be passive. We do have a couple of handheld thermal devices—each patrol supervisor carries one. But it helps identify an individual that’s hiding or if someone is injured in an area that’s hard to see.

The Bottom Line on police using night vision: Though stealth guns and gear offer an opportunity to improve the safety and performance of law enforcement teams nationwide, tremendous improvements must be made to the availability of equipment and training required for officers, leaders and administrators to authorize and use them. Budget constraints, training priorities and knowledge deficiencies hamper the integration of stealth tools into law enforcement operations. But forward-thinking leaders such as Byrum keep pushing their departments’ capabilities forward. 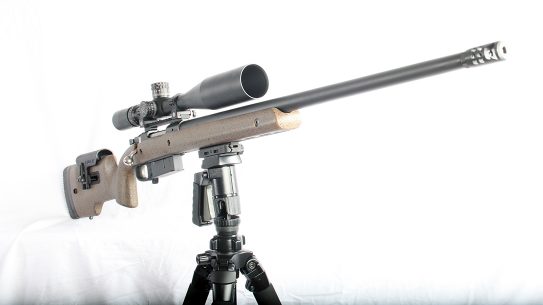