Bushnell First Strike 2.0: How Does It Compare to Other Red Dots?

The Bushnell First Strike hit the market in early 2017. It was a huge hit (pun intended), as it was a mini-reflex sight that could stretch across several platforms. Fast-forward to 2018, and Bushnell introduced the First Strike 2.0 to the world. It’s hard to argue with the success that Bushnell has enjoyed with this lineup. Recently, I was able to get my hands on this Reflex Sight at the Athlon Outdoors Rendezvous. Granted, I didn’t get a whole lot of time with it. However, the 30 or so minutes that I did spend playing with it left me wanting to pick one up for myself. It’s an impressive reflex sight, and you definitely are getting your money’s worth. 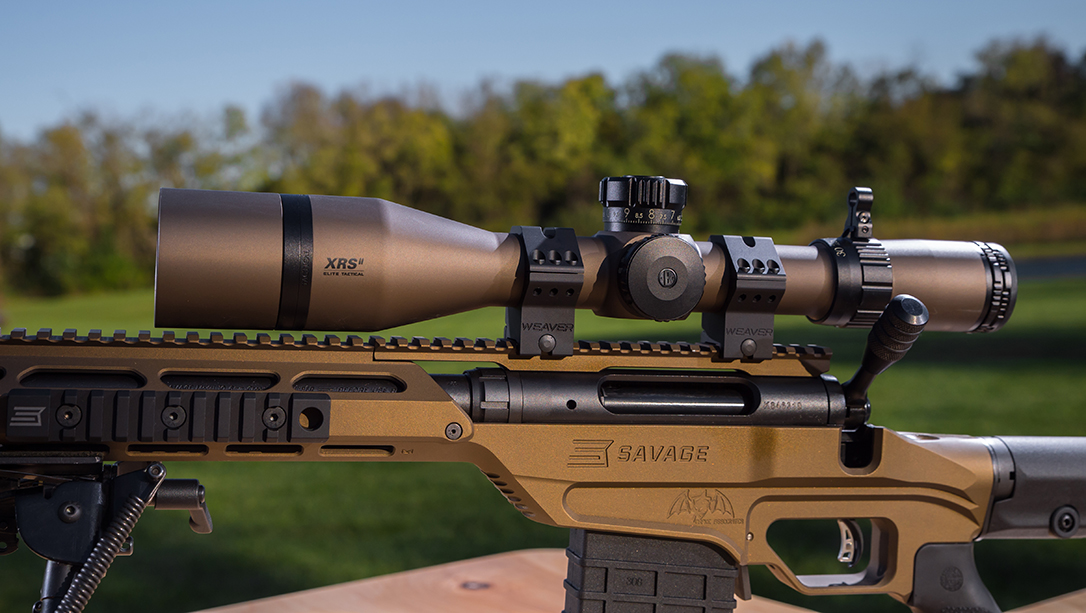 The Bushnell First Strike 2.0 is a reflex site, which offers a 4 MOA dot reticle. It’s a tad bigger than its predecessor, but it’s packed with updated technology and stronger materials. It’s hard to argue when KC Eusebio used the First Strike 2.0 in part to earn a new World Speed Shooting Title. So, I’d say that it tracks very well.

It was designed with rapid acquisition of target(s) in mind, and offers a large 1X glass display that is nitrogen purged for fog proofing. The First Strike 2.0 is also completely waterproof, thanks to its O-Ring sealed construction. Featuring an industry leading 50K-hour battery life, there isn’t much not to like about this reflex sight.

Especially with its tool-less side-mounted battery drawer, no more changing the battery like you change the oil in your car. If you don’t know how to change the oil in your car, then you can keep paying for those seriously overpriced “oil changes.” Older models of reflex sights used to require removal of the optic itself to access the battery housing on the bottom of the optic. Bushnell went away from this, and now the operator simply pushes the battery drawer out from the side. Although, with a 50K-hour expected battery life, you shouldn’t be swapping out batteries all that often anyways.

The First Strike 2.0 crosses many platforms. It works great on a pistol caliber carbine, a shotgun or a rifle. One can mount it to a competition pistol; however, you will need a custom mount, or an Aimpoint T1 footprint. Its 4 MOA red dot is crisp and clear. There are so many uses for this little guy, it’s almost unreal. Take it turkey hunting on your shotgun, those 3-inch shells won’t hurt it. Or, use it on your rimfire builds for Speed Steel. You can put the First Strike 2.0 on your PCC for USPSA or use it for 3-gun, or on a Modern Sporting Rifle as a primary, or off-set mount as a back-up optic. Mounted on a home defense carbine MSR would be ideal as well. The possibilities seem truly endless with the Bushnell First Strike 2.0.

Bushnell really put some time and effort into the design of the First Strike 2.0. It’s got a shock-proof design and can handle the recoil from calibers as hard hitting as .30-’06. It also laughs at tougher loads such as Federal’s 12-gauge 3-inch Premium Heavyweight TSS Turkey Shotshells. That right there gives a whole lot of hope, because those aforementioned loads pack a serious punch that would kill lesser optics.

Included with the Bushnell First Strike 2.0: a low mount, a high-rise spacer, Bushnell multi-tool, Allen wrench, adjustment wrench, 2 short, and 2 long screws, a SPUDZ cloth, and instruction sheet. Bushnell didn’t leave much out with this one.

Bushnell’s “Lifetime Limited Warranty” covers the First Strike 2.0 from defects. Actually, it covers pretty much everything, except for misuse and intentional abuse, or attempted repairs by some random kitchen table gunsmith. On the freak chance that it stops working, just call Bushnell and they will get you taken care of.

The Bushnell First Strike 2.0 is a solid optic, and serious contender at an MSRP just a penny shy of $200. For those running variable powered scopes for main optics, the First Strike 2.0 would be a great companion sight to run off-set. The brief amount of time that I had to shoot with the First Strike 2.0 didn’t leave me wanting for something else. It’s a great reflex sight, and seems to preform exactly as Bushnell claims. Come on, if KC Eusebio can set a new Word Record with one of these things, I’d say it’s well worth the money spent.