As I writer I get approximately 5,000 emails a day from companies releasing some new gun or widget. OK, that’s an exaggeration, but it feels like it at times. I usually scan through them and move on. That was not the case, however, when Springfield Armory recently ended up in my inbox. Its new item was in fact an entirely new brand in an entirely new arena. Springfield is entering the optics market. When a company founded in 1777 with a reputation for quality starts making glass, you can bet it got my attention. Enter HEX Optics and the HEX Dragonfly. 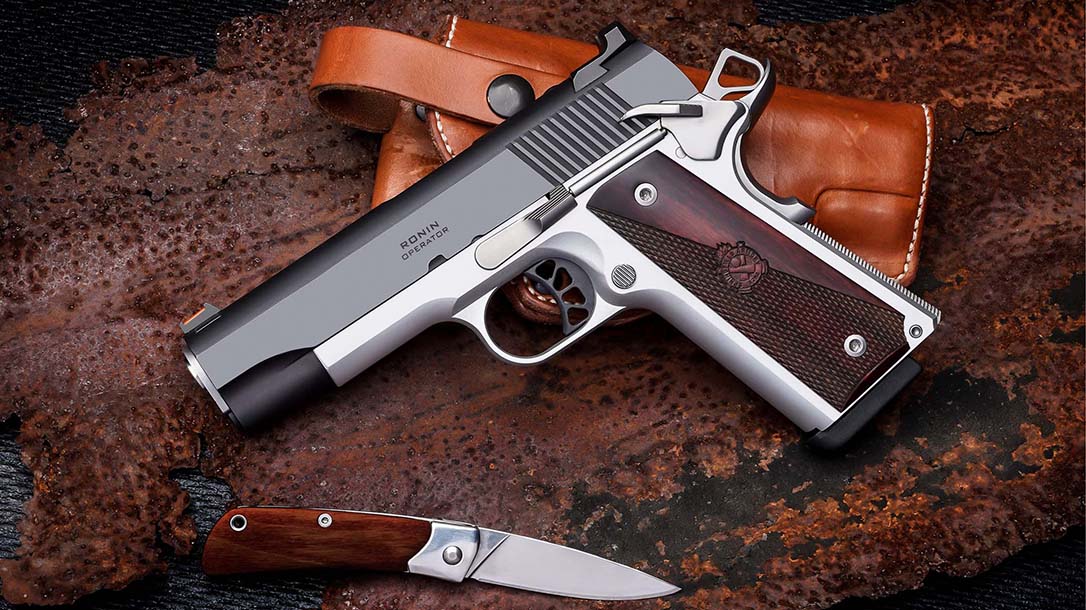 Springfield calls its new brand HEX Optics. They are versatile reflex sights suited for pistol, rifle, and shotgun applications. Right now, it has two offerings in this line: The HEX Wasp and the HEX Dragonfly. I’ll talk about the Dragonfly here, but for a complete review of the Wasp—as well as a new version of the Springfield Hellcat pistol called the “RDP”—head over to PersonalDefenseWorld.com.

I worked with Springfield and it quickly shipped out an XD-M Elite Tactical OSP with a Dragonfly optic already mounted for me.

The HEX Dragonfly is a versatile reflex sight perfectly suited for pistol, rifle, and shotgun applications. It has manual brightness adjustment of the 3.5 MOA dot, offering maximum control. A 16-hour auto-off feature prevents your battery from draining if you accidentally leave it on. Speaking of battery, a common 2032 powers the optic and will run more than 100,000 hours on its lowest power. In real life use, in varying light conditions, users can expect approximately three years of battery life.

The body is precision machined from 6061 T6 hardcoat anodized aluminum and outfitted with a scratch resistant, anti-glare glass lens. The optic is a true parallax free 1X and has a solid 160 MOA windage and elevation adjustments. It features eight different brightness settings to meet the needs of any environment.

The optic shroud extends beyond the lens to protect against scratches and wear. This extension also allows shooters to rack the slide using the optic during emergencies. This specific point is important to me because it shows that Springfield has focused on building a serious optic designed for fighting. Another fighting feature is the inclusion of anti-glare serrations on the back of the optic. They help keep your focus on the target and improve your field of view.

Because Springfield knows that no technology is fail proof, it included a co-witness channel, which allows you to use the Dragonfly essentially as a rear sight if needed. Once again, a very forward-thinking design feature. HEX obviously designed the Dragonfly to be hearty. The optic meets the IPX7 waterproof rating. This means that the optic is waterproof when submersed in water at a depth of one meter, for 30 minutes. Unless you foresee the need for an underwater gunfight, this rating is more than sufficient to protect the optic from real life moisture problems.

The last thing I will mention is the inclusion of serrations on the side of the optic. HEX put them there because it knows people will be grabbing the optic and using it to rack the slide.

As I mentioned, Springfield was kind enough to send me a Dragonfly pre-mounted on an XD-M Elite 4.5″ Tactical OSP. This would prove to be a fantastic gun to test the Dragonfly on. Right out of the box, the optic looks good. It’s a well-made optic with a hearty feel about it. It has what Springfield calls a “Springfield Standard Footprint.” This varies a bit from other companies that have followed the RMR footprint.

The Dragonfly mount is compatible with the Vortex Venom and the Burris Fastfire.  The optic is fairly small coming in at 1.14 inches wide, 1.9 inches high and only 1.01 inches high. It is also featherlight at only 1.2 ounces.

On the range the Dragonfly mixed with the XD-M Elite 4.5″ Tactical OSP proved to be a match made in Heaven. I have the fortune of shooting during our not so harsh Arizona winters but faced some sun issues as the sun rose over my targets. This can be brutal to red dots as the sun just washes everything out. This was not the case with the Dragonfly, however. I will go out on a limb and say it is because of a mix of solid brightness controls and the extended hood that acts almost like a shade. The dot is a full 3.5 MOA, or more specifically the dot covers 3.5 inches at 100 yards.

I started on paper targets at 10 yards from the draw. The Dragonfly was pretty easy to acquire. I only needed a few warmup draws to settle in. I shot tight groups at speed, which is one of the benefits of shooting with a red dot. Drilling groups at varying distances with great success came easy.

After all the shooting, the biggest test then followed. One issue that some red dots have is a drifting and inability to hold zero. With that in mind I set my zero target back up and was pleasantly rewarded with a perfect match of my first group. The Dragonfly has an MSRP of only $249, which gave me concerns for quality and especially ability to hold zero. My concerns were misplaced, and the optic performed well.

While I had the Dragonfly mounted on a pistol, HEX also designed it to run on a rifle or even a shotgun. This speaks volumes about its durability, especially in regard to the shotgun. I have seen many optics bite the dust when mounted on a shotgun because of the massive recoil. I have no doubt though that the Dragonfly would take it like a champ. In the end, if you are looking for a red dot optic for your pistol, rifle or shotgun and do not want to break the bank – consider the Dragonfly. For even more info, please visit Springfield-Armory.com or HEXoptics.com.