The Leupold Mark 5HD line has been out for a while now, but the Minute-of-Angle (MOA) version has just been released. I’ve been running one, the 5-25x56mm model, for a few weeks now and have been very impressed with the scope. I hunt with an older Leupold spotting scope and rangefinder. But it has been a few years since I’ve given Leupold riflescopes a shot. This isn’t due to any particular animus towards Leupold. In fact, I’d rather use an American-made scope over an imported model every time. It just seemed that other optics makers were hitting my wishlist and pricepoint happy places more often than Leupold. With the Mark 5HD, that has just changed. 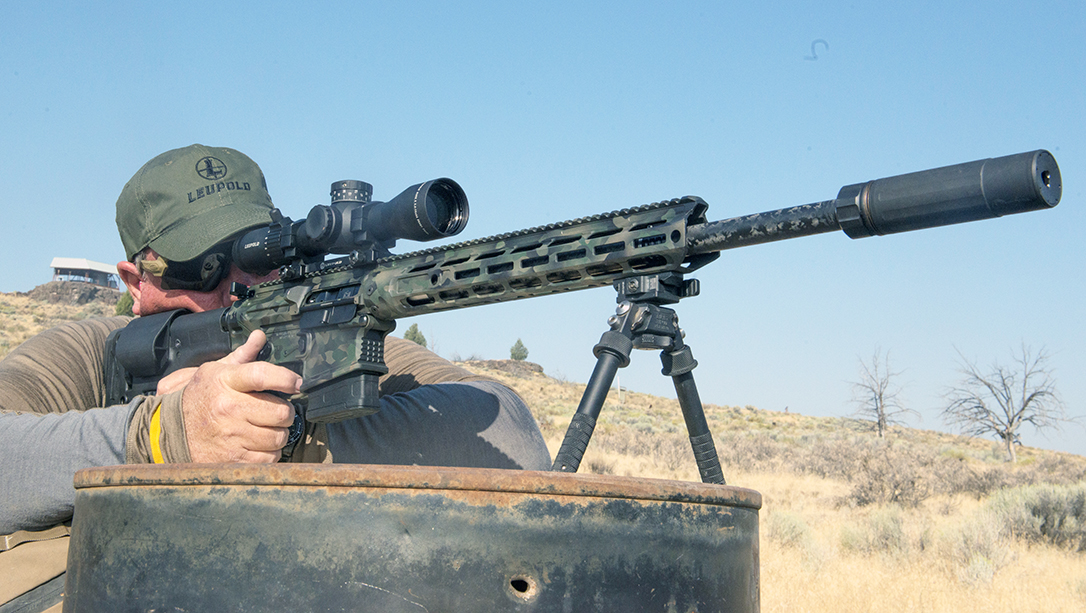 The Mark 5HD MOA 5-25×56, like almost all scopes in that magnification range, is a big SOB compared to traditional hunting scopes. Next to the other-brand 5-25x scopes in my safe right now, however, the Leupold is appropriately sized. The first win I encountered for the Leupold was its weight, though. At 30 ounces, the Mark 5HD is not a lightweight, but the 5-25x56mm Mark 5HD is noticeably lighter than some competing maker’s offerings. In fact, the Mark 5HD is nine ounces lighter than one competitor’s 5-25x56mm scope. Other makes are two to eight ounces heavier than the Mark 5HD MOA. The weight difference alone is enough to warrant strong consideration for the Mark 5HD MOA on a hunting or dual-purpose field rifle in my opinion. Also available is a 3.6-18x44mm model that comes in at 26 ounces for an even lighter option.

The next win that I noticed for the Mark 5HD is the capped windage turret. This is such a great feature for a dual-purpose or a tactical scope. The turret underneath is well executed and addresses the annoying placement of the windage zero mark on every other scope I’ve ever used. Traditionally obscured from view on other scopes, the windage zero mark on the Mark 5HD is placed high enough to be visible by the shooter behind the rifle.

Perhaps its de rigueur today, but I really appreciate the throw lever on the magnification ring. This is just a requirement for me and the fact that I don’t have to buy some $60 add-on to have this feature is great.

In true manly fashion, I purposefully avoid reading the instructions or reviewing the manufacturer’s website info when I crack open some new widget that Santa in the Brown Suit has delivered to my shop door. Sometimes this works out for me just fine and sometimes I have to relent and read the instructions. When that happens and the instructions are crap, it adds insult to injury and the chances of that product gaining a foothold on my range are slim. 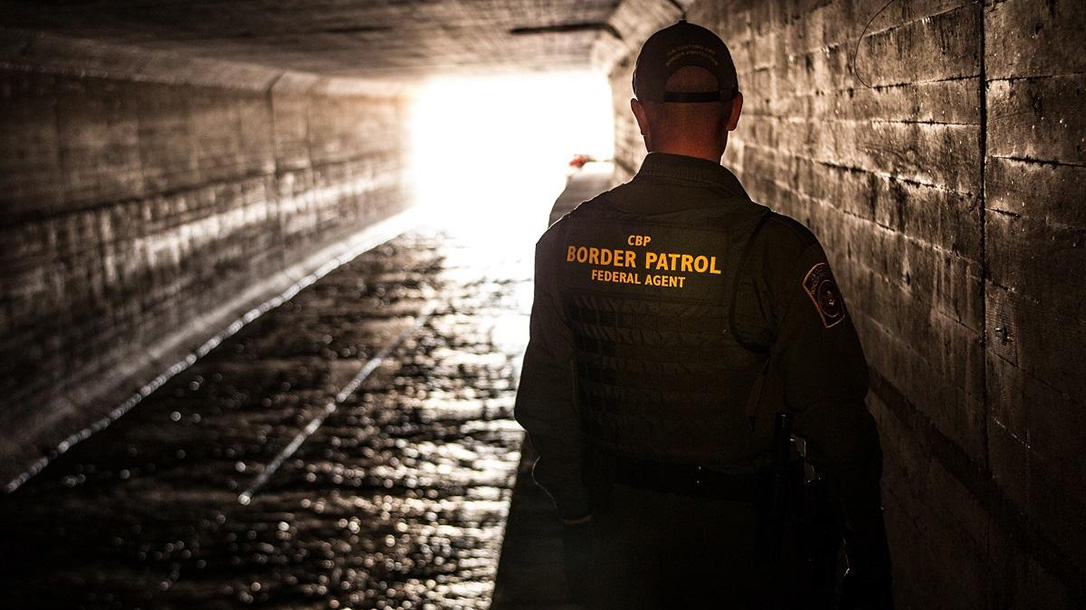 If you’ve played with some of the other zero stops on the market you know that you need a PHD in physics and good safety glasses, a magnet, a bucket for small parts and paid-up health insurance to deal with some of them. Fortunately the zero stop on the Mark 5HD is a sweet piece of work. In fact, the way Leupold executed the elevation turret and zero stop on this scope is the real standout feature for me. I’ve used a bunch of the options on the market and this one is my favorite yet.

With a large release button that is easily activated by the thumb when grabbing the elevation knob with either hand, the unlocking process is effortless. Once you dial away from zero in either direction, the button stays depressed until you return to zero. Once you return to zero, the button pops back out locking the turret again. It’s fantastic.

Furthermore, as you rotate the elevation turret into subsequent revolutions, the lock button and an indicator pin work together to provide positive reference to the revolution within which you’re currently dialing. It’s really slick and eliminates the chance that you’ll get lost in the rotation of the elevation turret. The turrets have nearly ideal “clicks” by the way. They are very distinct, sharp without feeling cheap, and spaced out enough that you don’t miss them easily while dialing under stress. This is a huge improvement from top-of-the-line 5-25x scopes of a decade ago.

The next big win I discovered was the reticle. The PR-1 reticle features a floating center dot. This is personal preference, for sure, but the floating center dot is absolutely my favorite style of center aiming point. The PR-1 is a very usable design with no real shortcomings, even for guy who typically shoots Milradian-based reticles.  If you frequently hold for both windage and elevation, you may miss having a windage grid below the center stadia. For folks like me who dial elevation and hold wind, it’s a non-issue.

One of my match rifles was born in the Rock Creek Barrels shop as a barreled action a few years back. It has worn a Manners T5A with mini-chassis since then. The rifle has always been a good shooter. But apparently the scope I’ve been running on it has been holding the rifle back. Once I installed the Leupold Mark 5HD MOA I noticed an immediate improvement in the rifle’s precision. This was more than a little bit of a surprise. I attribute this to the Mark 5HD, but more specifically to three features. First, the center-dot-style reticle just works for me.

Next, the ability to very precisely focus the image and adjust parallax makes getting a good sight picture easy. Third, the ability to finely focus the reticle makes it easy to see a sharply defined reticle. I wear glasses and have a couple issues with my vision that make reticle focus a challenge with some scopes. The Leupold Mark 5HD MOA works really well and seems to allow more fine focus than the other optics I frequently run.

The only “con” I’ve found about the Mark 5HD is one that can fairly be said to be largely a personal preference thing, at least when mounting the scope on most tactical or match rifles. Most shooters in the market for a 5-25x56mm model are likely going to mount that scope on a rifle that falls into one of those categories.

In that case, the 35mm tube isn’t much of a constraint. I look at this scope as the lightest option in its class and think, “This would be great on my six-pound elk rifle.” I would far rather have an eight-pound elk rifle setup that consists of six pounds of rifle and two pounds of highly capable and fully featured scope than run a seven pound rifle with a typical lightweight one-pound hunting scope with no turrets, a duplex reticle, and a one-inch main tube. Once you have an accurate rifle the real improvement to your capabilities will come from your riflescope. In addition to the obvious features that make the Mark 5HD a great option for the tactical or competitive shooter, I can see the Leupold Mark 5HD MOA as an excellent option for a long-range hunter’s field rifle.