The previous Leupold Mark 8 3.5-25x56mm M5B2 riflescope has been a workhorse for me for a few years. Built like a tank, it offers plenty of elevation and crystal-clear glass. I initially used this scope with a TMR reticle, but the last year or so, it has seen use with a David Tubb Dynamic Targeting Reticle (DTR). 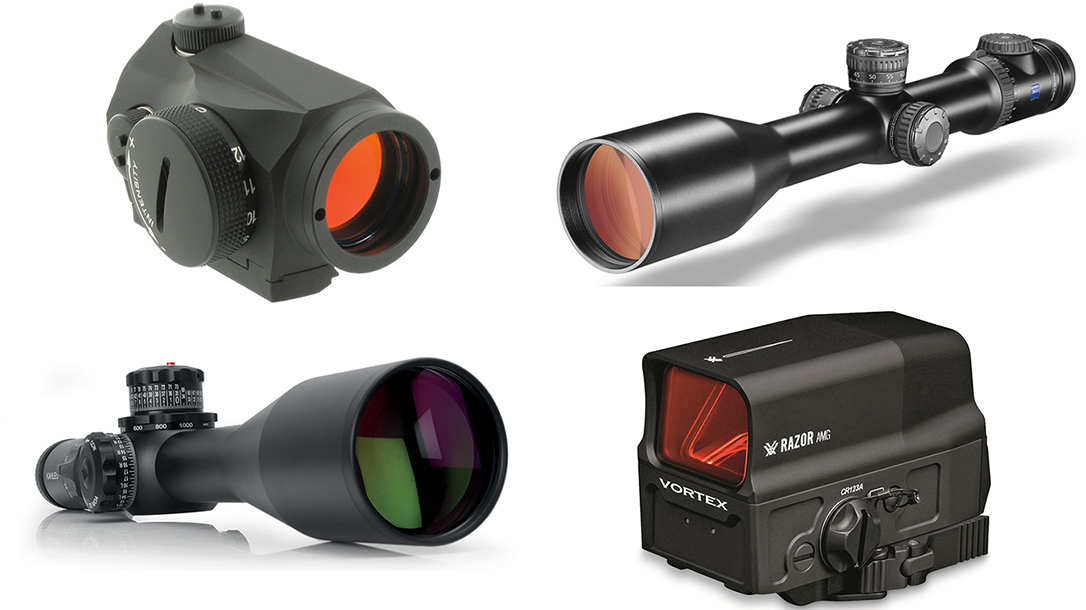 I’ve used the Leupold Mark 8 on a number of guns in various calibers, and it has proven precise, consistent and capable. It’s just heavy, and the lighted reticle knob severely limits your mounting space. Mine uses “pinch and turn” knobs, a favorite, but they add weight and are pretty tall. The newer M5C2 knobs are flatter with a more user-friendly zero stop. I also needed a reticle less dependent on ballistics that can be used on multiple platforms. My experience with the Horus T3 is extensive, and this reticle’s availability in the new Mark 8 made it a solid choice for me.

The latest Leupold Mark 8, the 3.5-25x56mm M5C2, lost a couple things, including some weight (over 5 ounces) and the illuminated reticle. The weight savings is immediately noticeable. No, 5 ounces isn’t a ton, but you can feel it on an AR. Illuminated reticles have their place, but you don’t need them all the time, especially if you use night-vision or thermal devices. Removing this capability and its corresponding knob produced a sleeker design that allows for more mounting space. It also cuts the production cost. You can still get the illuminated version, but at a retail price that is almost $1,500 more.

The new markings on the Mark 8 M5C2 knobs are larger and brighter, making them visible without my glasses. The zero stops are solid and easily adjusted, and the scope offers 26 mils or 93 MOA of elevation, which is excellent for a high-power model. With a 35mm tube, the scope has a 56mm objective and an overall length of 18 inches. It weighs 32.5 ounces, which is comparable to most larger scopes.

I was able to zero this new scope using a 20-MOA mount on a 20-MOA rail, something that isn’t always possible. Having 3.5X magnification at the low end is huge for police snipers and those working in tactical environments, as it provides a wide field of view so you can see your team. At the same time, 25X nets you the detail necessary at close range and magnification for longer distances. The glass is very crisp and clear, even on targets close to a mile away.

I tested the new Leupold Mark 8 M5C2 on a .260 Remington rifle I built on a Mega Arms receiver set with a 22-inch Proof Research CAMGAS barrel. Dedicated to competition, it sports an APA Little Bastard muzzle brake, a LaRue Tactical two-stage trigger and a Magpul PRS stock. To install the scope, I used a Spuhr ISMS mount. It mounts low on a flat rail (AR or otherwise), with 20 MOA of elevation and a level built-in. Finally, I added an EOTech MRDS reflex sight on top of the scope, in an offset position, to spot small targets at distance. 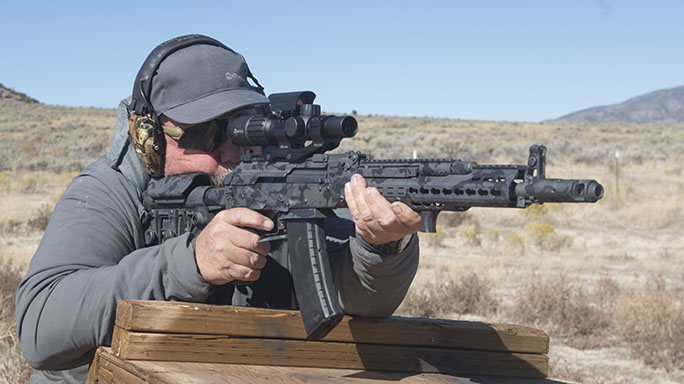 The Burris RT-6 Riflescope Is Built For Stupid Fast Speed

The optics package was set up and zeroed using Hornady’s 130-grain ELD (Extremely Low Drag) Match ammunition, then trued at 1,172 yards along with three other loads. And once the shooting started with the Mark 8, groups in the 10-inch range on a 12-by-16-inch steel target were the norm. It was a hot day, but the mirage was manageable from 15X to 25X.

One of the greatest advantages of an AR is rapid fire once a target is acquired. Using the T3 reticle, you can range, hold and get solid hits on 12-inch targets out to 700 yards pretty easily without touching your scope’s knobs. You simply find your target, range it, hold for elevation and wind, and press the trigger. Doing so on steel from 100 to 600 yards, the Leupold Mark 8 was dead on and consistent. Holding at 500 yards, I was able to center 10 rounds on the steel target about as fast as I could pull the trigger.

Then I turned the knobs and confirmed the adjustments at the same ranges using a Kestrel 4500 Applied Ballistics meter. Each range saw five rounds on steel. Turning the knob back to zero, the reticle saw the same results. Running a couple of PRS-style courses, the adjustments proved equally effective either holding over or dialing the scope in. Once complete, the knob was returned to zero and checked; there was no change at 100 yards. The reticle subtends accurately, and the knobs were precise and accurate.

I also performed three cold-bore shots over three days. Day one was on a 12-by-16-inch target at 1,000 yards. The Kestrel provided the hold for the day’s conditions. The solution was dialed in and fired, resulting in a first-round hit followed by three more shots on target in a moderate wind. On the second day, the range was 500 yards on a 12-inch target. Holding left, there was another first-round hit. Finally, I targeted a 1,300-yard IPSC steel target on a windy day with gusts in the 20 mph range. The elevation was dead on, but it took me three rounds to get on the steel with the wind, before three more shots consistently hit the target. I’m just not sure it gets any better for a scope in real-world conditions.

The Leupold Mark 8 M5C2 is a top-tier scope that would make a great choice if you’re going to really stretch out and go the distance. If you don’t need as much magnification, Leupold’s Mark 6 scopes are likely a better choice. But this particular model was a pleasure to use. It has many of the features I look for in an optic.

If there is an issue for some, it will be the 35mm tube, which limits your ring choices. Most ring manufacturers make 35mm sets, but they cost more. Then again, putting this scope in anything but the best set of rings is ridiculous, so it comes with the territory. Ring choice is critical, but it’s just one of a few important choices.

For more on this high-quality riflescope, visit leupold.com.