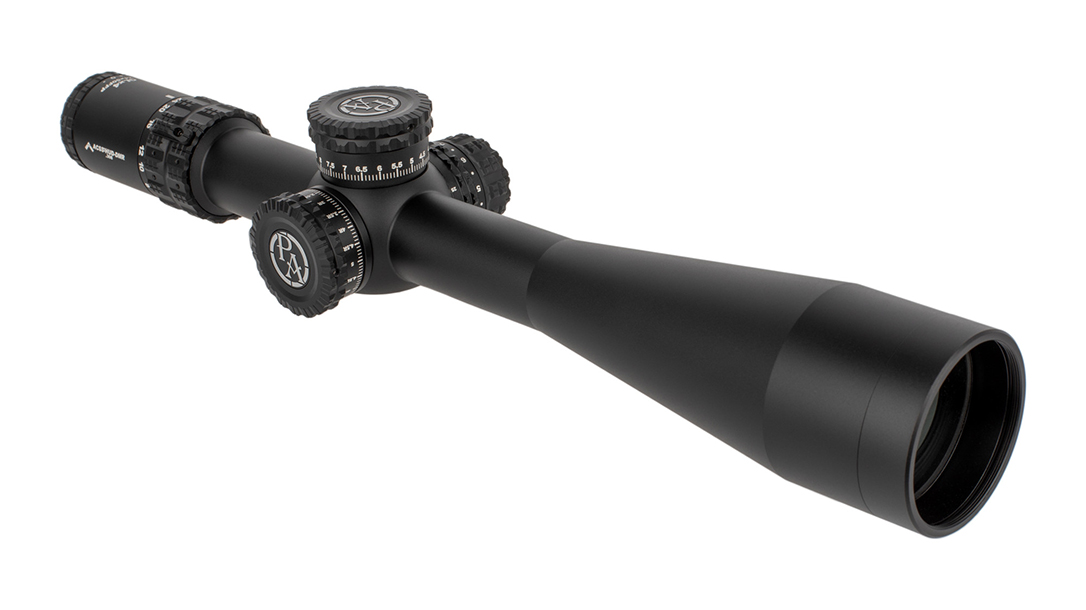 Packed with a host of premium features, the Platinum Series 6-30x56mm Rifle Scope offers incredible glass clarity for making long-range shots, according to Primary Arms. Now the line offers users the choice between a simplified, traditional Mil or fully-featured grid with Athena BPR.

“The new Primary Arms Platinum 6-30×56 features the combat proven U.S. Army style Mil-Dot reticle to provide users with a simple but effective option for precision shooting,” said Ian Boehm, Engineering Technician at Primary Arms Optics. “This reticle was configured perfectly to work with 6-30×56 even at the highest magnification without losing any of the reticle. The reticle offers 5 milliradians left, right, up and down of center for holdovers or ranging, combined with 0.2 milliradian dots to enable precision shooting at distant targets.”

Shooters that prefer simplicity over grid-designs should find the Mil-Dot version to their liking. It features elegantly-sized stadia and a precise center-dot to ensure a full view of target and a defined point of aim, according to Primary Arms.