When it comes to night vision and thermal imagery, nothing tops experience. Sure, seeing better at night and having a scope where body heat literally glows sounds good, but you cannot truly appreciate it until you use it. I remember turning down carrying a PVS-7 night vision on a midnight op intercepting drugs on the Mexican border in the late 1990s. Working night shifts almost exclusively for the Border Patrol, I knew my way around. I thought NVGs were cool but not worth the tradeoff of lost vision adapted to the dark, the loss in depth perception or the inability to aim my rifle. Nowadays, I recognize the advantages of such technology because I learned how to use it. Experience and good equipment mitigate the disadvantages. The Sector Optics G1T2 proved to fill the latter need. 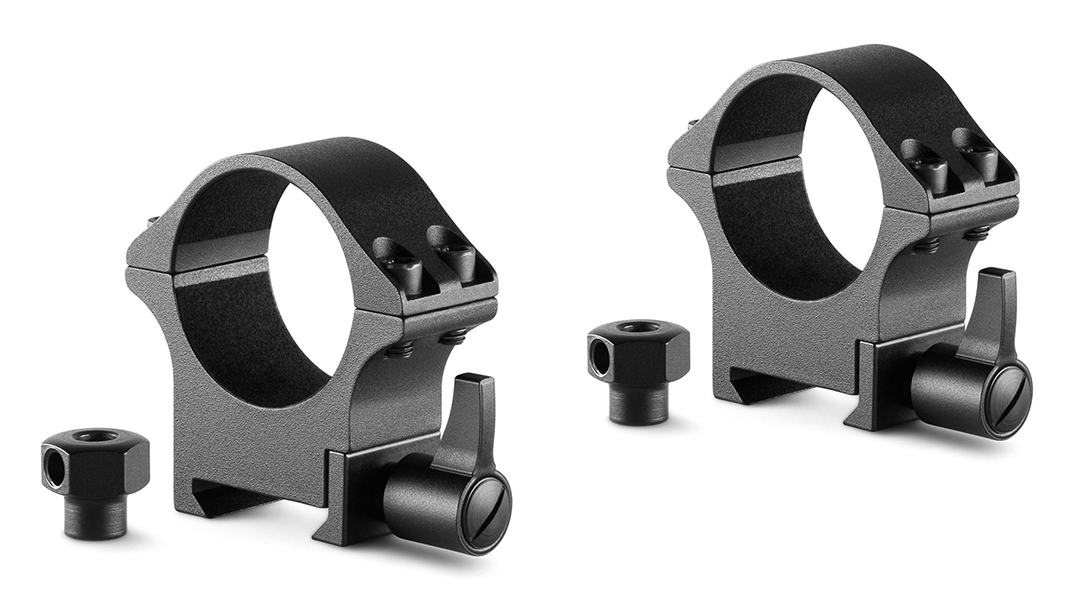 I love to play with thermal scopes. I use them to look for insulation leaks, track wounded animals and spot coyotes before anyone else sees them lurking in high brush. A few years back I even decided to use a head-mounted thermal the same way I use PVS-14 night vision and navigate my way across open terrain at night. Mistake. Thermal differentiates terrain with different temperatures. It does not differentiate terrain of the same temp. A 2-foot drop or a curb or a rock often look exactly like the terrain surrounding it. Thermal excels at finding warm-blooded mammals and the traces they leave, but it sucks at navigating uneven terrain in the dark.

I met with the the Torrey Pines Logic folks at last year’s SHOT Show to see the new Sector Optics prototype of the G1T2 scope. Describing this thing takes a while. It starts life as a 1-8X riflescope, but then throws in a lot of bells and whistles. I think the 1-8X was a wise choice, when you consider that thermal imagery at distance is tough unless you have a huge, heavy scope and a tripod and batteries. A scope paired with thermal at much shorter distances is far more practical.

The regular optics of the 1-8X are surprisingly good. Even at 8X, eye relief was remarkably forgiving. I repositioned my head far forward and back to approximately 3 inches before the view started to diminish. That may not sound like much, but on an AR rifle where variable buttstocks allow perfect cheek placement, it’s gold. Even a lot of top-end tactical scopes used on the battlefield are less forgiving.

The reticle is a post-and-duplex style with an illuminated reticle with 11 power settings. I had to go up to level 4 to see it with my naked eye in daylight. The power dial on the left side rolls either way, and you can go from 0 to 11 with one click. The CR2032 battery sits under the dial. The reticle adjustments are 0.5 inch at 100 yards. I prefer 0.25 inch, but few shooters can hold the gun still enough to notice a difference, particularly while hunting a moving target. My EOTech on my service rifle has the same 0.5-inch adjustments, and I’ve got no complaints.

Everything so far sounds like a standard hunting scope with an illuminated dot reticle. But one glance at the scope tells you that this thing is anything but ordinary. There is a weird-looking box attached to the end of it. After you hold the center button and toggle the unit on, there is a thermal heads-up display that sits up and slightly left of your main scope. It has a 1.17-inch by 0.95-inch screen, according to my calipers. The same thermal view that is on that screen is also visible inside the regular scope (Sector calls it the ID: Internal Display) at the top of the circle. It is literally a picture-in-a-picture. While this sounds redundant, it isn’t. Each screen serves a different purpose.

The ID thermal screen inside the normal scope is pretty handy. It is magnified, and it is easy for your eye to transition between the normal scope reticle and the thermal view just above it. You scan for your prey using the normal scope. However, as every hunter knows, animals blend into their environment. If they aren’t moving, they blend really well. But, as your scope crosses them, their body temperature makes them jump out in the thermal screen. Can’t see what is in that dark bush? No problem, as your scope reticle hits it, the thermal camera does too. It is like having a regular scope and a thermal scope at the same time. Each cancels out the disadvantages of the other.

So why is there a second screen for the thermal scope up and to the left of the normal tube? That is for use at night. If you try to look through the normal scope at night, you cannot see anything. The small picture-in-a-picture is nice, but is far too small a field of view to use at night. You would be worn out in minutes swinging the rifle back and forth and still not cover much ground.

The larger screen has a much wider field of view. And it has crosshairs built in so you can still use it to aim and fire. The screen is large enough that you can still see it comfortably after you bring the rifle down out of the pocket of your shoulder. A raised lip around the screen helps to block the ambient light from giving away your position. Plus, the screen is set up to be pretty dark, all by itself.

You also have the ability to have both thermal screens on, or toggle either one off. The big screen has multiple color setups and can go from white hot, to black hot, to red and even green screens. The little heads-up display inside the scope stays yellow, with white hot. Both thermal screens have the ability to zoom from 2-8X. This is an optical zoom, not a digital zoom. That means the image does not become more pixelated.

So what more could you ask for? How about a built-in rangefinder that displays distances on both screens? Yeah, it has that too. The remote push button plugs into the USB-C port on the side of the large screen. The cord is approximately 7 inches with a large, rubbery button on the end with adhesive to stick on your forend or wherever you like. I put it at the 10 o’clock for my thumb and it was perfect. Again, you can push it down for the range distance once or hold it for continuous. The G1T2 can also take screenshots by quickly pressing the center power button. A USB-C cord will plug into the same port as the rangefinder button for downloads to your computer.

The CR2032 battery powers the illuminated reticle, but the G1T2 also takes two CR123 batteries to run everything else. You can also switch it over to run on rechargeable 18650 batteries. The 3-volt batteries will run the unit continuously for about 8 to 9 hours, which is a long time for a thermal scope.

With all these features, I expected the user manual to read like War and Peace. In reality, a quick reference guide, with pictures, printed on the inside lid was all I needed. The Sector Optics G1T2 also comes with an eight-page user’s manual, but you don’t need it to get started. The whole system was surprisingly easy to use.

That said, no scope is perfect. The thermal imagery lags a little when panning. It’s not noticeable most of the time, but if you are hunting hogs at night from a side-by-side, you will probably wish it had a faster processor. Also, rangefinder distances take about 0.5 second between button press and the screen actually posting the result. It isn’t instantaneous, like some newer, handheld rangefinders. But on the other hand it doesn’t suck down batteries like they do, either. I love the built-in rangefinder, but I wish the scope had some type of mil-dot reticle or hash marks to use for holdovers when you are shooting at distance.

What the Future Holds

I interviewed Mike Konrad, global sales manager of Torrey Pines Logic’s brand Sector Optics. He explained that the internal display (ID) has tremendous growth potential for third-party developers. ID is an open standard, and other sensor vendors (ballistic, thermal, wind, video and so on) can develop apps to connect their devices to a scope’s intraocular heads-up display. As is the case with heads-up displays, it is invisible inside the scope until it is turned on. In subsequent versions, it will be Bluetooth-enabled, so anything that can be displayed on your phone, including any app, can be sent to the scope, including pictures, video and texts. Imagine a SWAT sniper getting an updated pic of the target at the scene of a barricaded subject with hostages in real time before taking the shot.

The G1T2 doesn’t have any features that you cannot find elsewhere. It excels because it blends so many features together into a light and easy-to-use package. I thought it was overly complicated, until I tried it out for myself. There is no substitute for personal experience.

The Sector Optics G1T2 System carries a MSRP of $4,080. That’s not too shabby when you consider all the duties it can handle. For more information, visit sectoroptics.com.

This article is from the 2021 Stealth issue of Tactical Life magazine. Grab your copy at OutdoorGroupStore.com.